This is going to be a fairly short profile, for the simple reason that Personalised Stationery is such a prolific product creator that we’re highly likely to come back to them again and again.  But since we’ve just meta-reviewed a couple of fine A5 notebooks from this stable, it’s time to provide a bit of background.

The stable in question is in fact a smithy, but where hammer and tongs once rung out different equipment now reigns supreme; printing rollers, staplers and guillotines.  The owner, Rob, has already carved out a promising niche providing name-plated writing paper (as the company’s title suggests), and in contact with pen fans and journal-writers has started to develop a mightily impressive range of notebooks and other stationery items.

One of the reasons that the Personalised Stationery marque is proving a big hit with fountain pen fans is the quality of the paper.  Now, we’re not going to give away every one of Rob’s trade secrets, but it helps to understand how this all works if you know that Lamy, Kaweco and Diamine inks are always visible on his desk – along with a few pens to put them in, of course.  Testing every paper sample the hard way seems to be paying off.

A second appeal, not unreasonably, is the visual design ideas which Rob borrows and adapts from all sorts of sources.  The Operation Neptune notebook which we reviewed last week proved such a hit that a complementary range of 1940s-themed A6 pocket notebooks has become rather popular too.

An even bigger hit was a homage to the period just after the war, as Amazon television series The Collection needed notebooks for the front row of fashion critics seated at the foot of the catwalk – and Personalised Stationery provided them, of course.

The really ‘killer’ asset is probably the genuinely personalised nature of the product collection – simply put, if no-one else is making what you want, Rob probably will. Bringing back the old double-sided postcard (remember them?) is a good example. 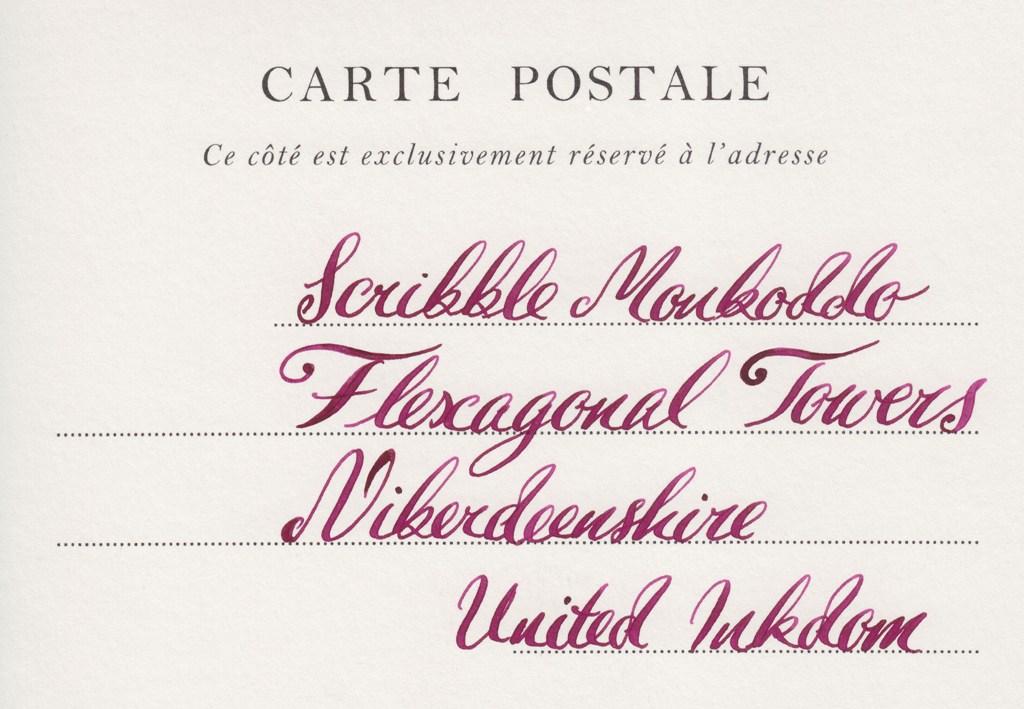 Even more gratifyingly, the increased interest in disc-bound notebooks (which we like to think we’ve played a modest part in paving the way for) has led to Rob experimenting in making his own, with line options as wide, or indeed narrow, as customers require. John was especially impressed by the one which came his way – and it could well lead to a more permanent stock line before too long, it seems. So, overused as this phrase may be, watch this space! 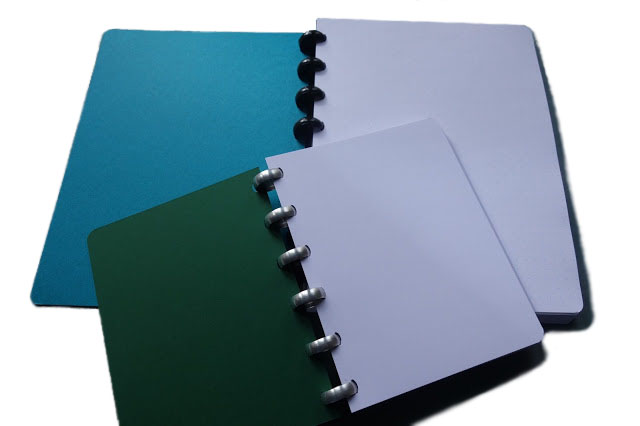 You may already know Rob from online conversations – he answers every query himself –  but if you haven’t already seen the company site it’s certainly worth a look.