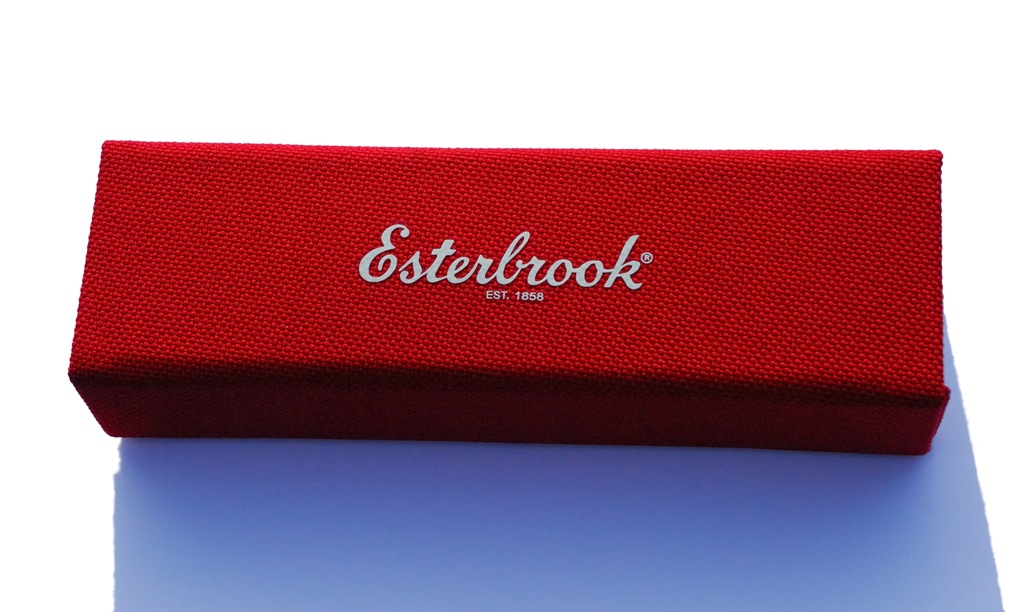 A little bit of history  Cornwall has exported many a mining engineer to the world beyond, and many a Davy lamp too, but Richard Esterbrook left the peninsula with a rather smaller and more refined form of engineering in mind. Relocating to the US in 1856, he founded a long-running pen brand, supposedly even making a pen for Abraham Lincoln himself. The marque went from strength to strength for much of the following century, and is still well-respected in vintage pen circles for its dizzying range of specialist nibs. As was the case for most US-made pens, though, by the end of the twentieth century cheaper manufacturing elsewhere marked the end of the line. The reborn Esterbrook brand is just that – a brand, owned by firm called Kenro. But the products, largely unrelated to the old Esterbrook as they may be, look good enough to eat… or at least to write with. We thought we ought to give the flagship Estie a try. 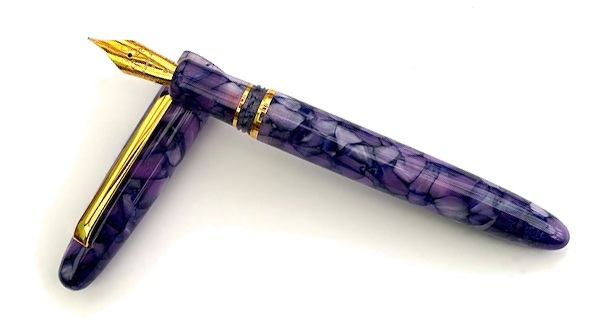 How it looks  The Estie, in any size, is a classic ogive-ended cylinder, with a plain clip and subtle branding on the cap. What really distinguishes one from another is the colouring of the material; the plain black is plain indeed, but the lilac is spectacular in either chrome or gold trim, and occasional special editions like the ‘evergreen’ really look the business. 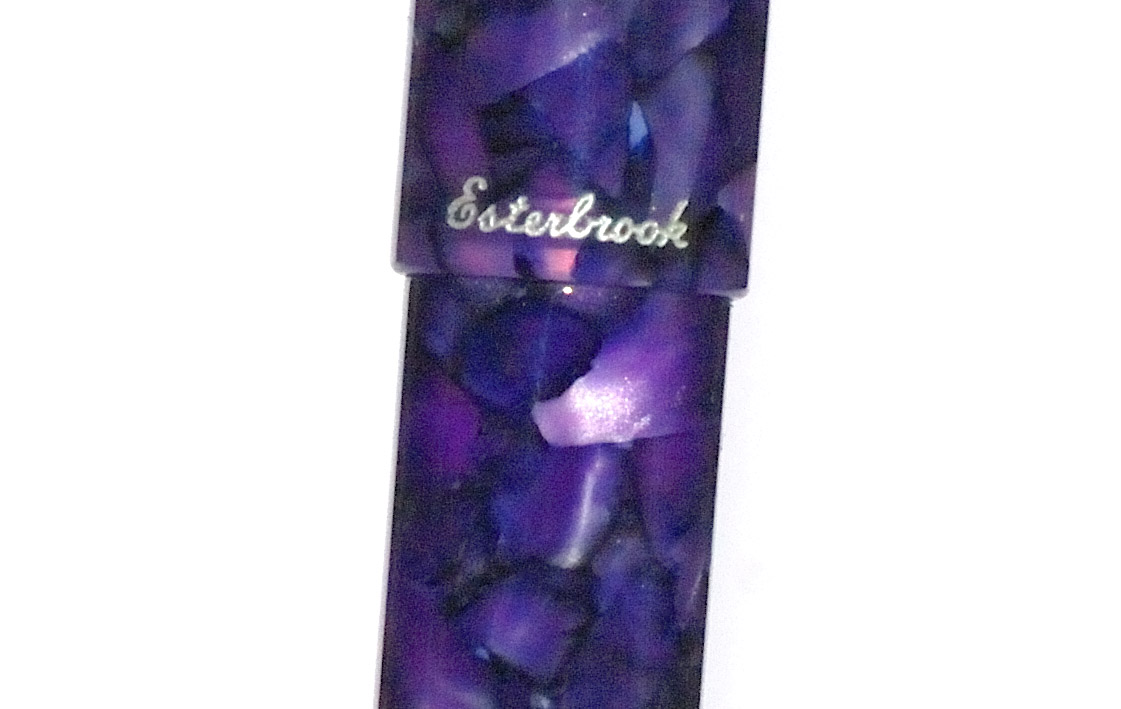 How it feels  About the right size in the hand, as long as you go for the shape best for you. Most of us eschewed the ‘slim’ version (with its humble #5 nib) for the standard edition, which is a happy medium. If you like a pen which is just a bit fatter without being unwieldy, though, the ‘oversize’ version delivers without looking disproportionate, at least by modern standards. As Mick found, however, the new Estie looks quite formidable compared to the more modest dimensions of many a vintage Esterbrook, so brand afficionados might be in for a bit of a surprise.

How it fills  The Estie is a straightforward cartridge/converter number, and as customary there’s a basic cartridge in the excellent packaging (along with a rather terrific red cleaning cloth) – but you’ll probably prefer to fit the included adapter and employ whatever ink you please.

Crucially, how it writes…  Esties are fitted with a JoWo #6 nib, which makes for ample adaptability. The Esterbrook-branded steel nibs work well in all the usual point sizes, as well as a good 1.1mm italic option. If spoiling your Estie rotten is on the agenda, you could even screw-in a gold nib unit instead. But the really clever party piece is the retro-compatible alternative section, sold as a ‘nib connector’, into which you can fit a vintage Esterbrook nib which was actually, ya know, made by Esterbrook. It’s only available in black, but it works, and that nod to the brand’s roots is to be applauded. 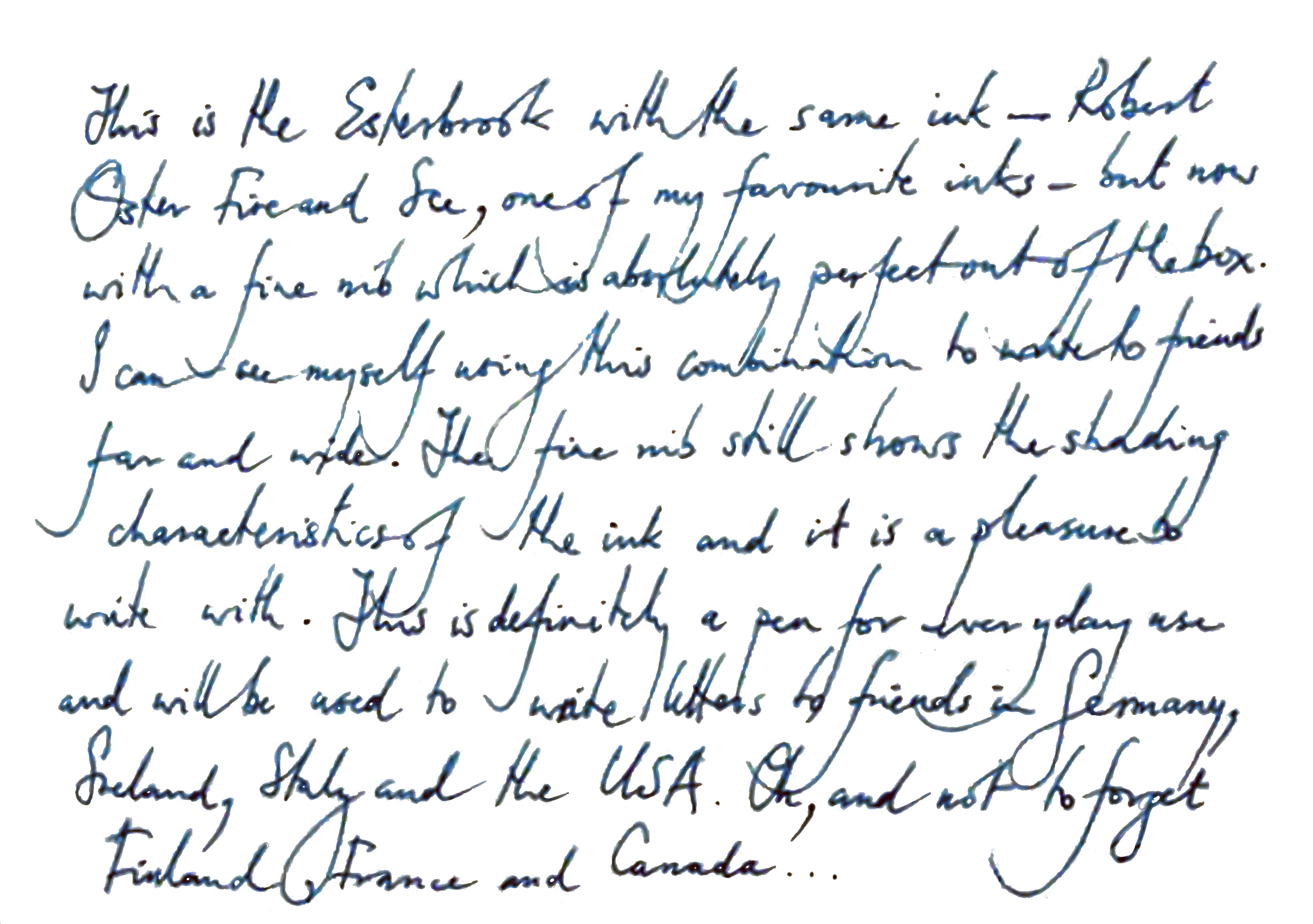 Pen! What is it good for?  The black version could certainly be carried to an office, if any of us ever set foot in one again, while the very colourful cracked-ice variants would look good at home or, as Ania rightly points out, on the Orient Express. Thanks to the internal sprung cap this won’t dry out in a hurry, so it’s a good choice for infrequent or occasional use too. 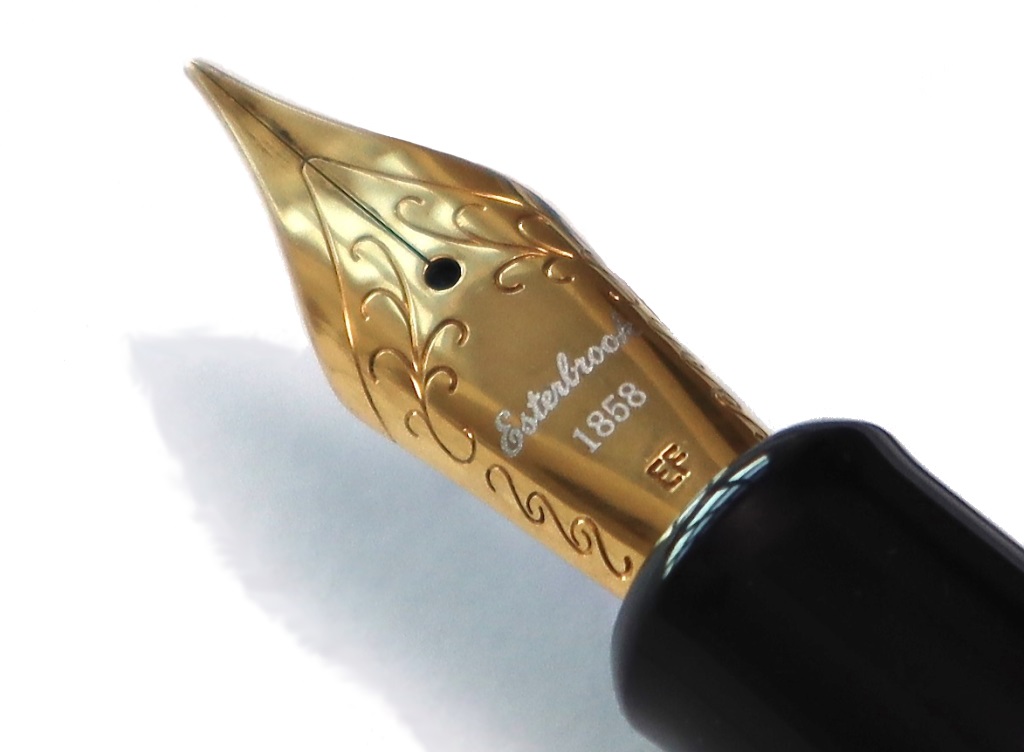 VFM  Here’s where the Estie struggles a bit at the moment, in our view. It’s a good pen which looks the part and feels well put together too, but a custom instrument hand-made by an artisan this ain’t. At the moment Esties are promoted at £150 for the standard size and £185 for the ‘oversize’ version, which is quite a big ask; at those prices, a gold nib really wouldn’t be too much to expect in return. With a steel nib, we think that around £85 and £95 respectively would have been reasonable price tags. 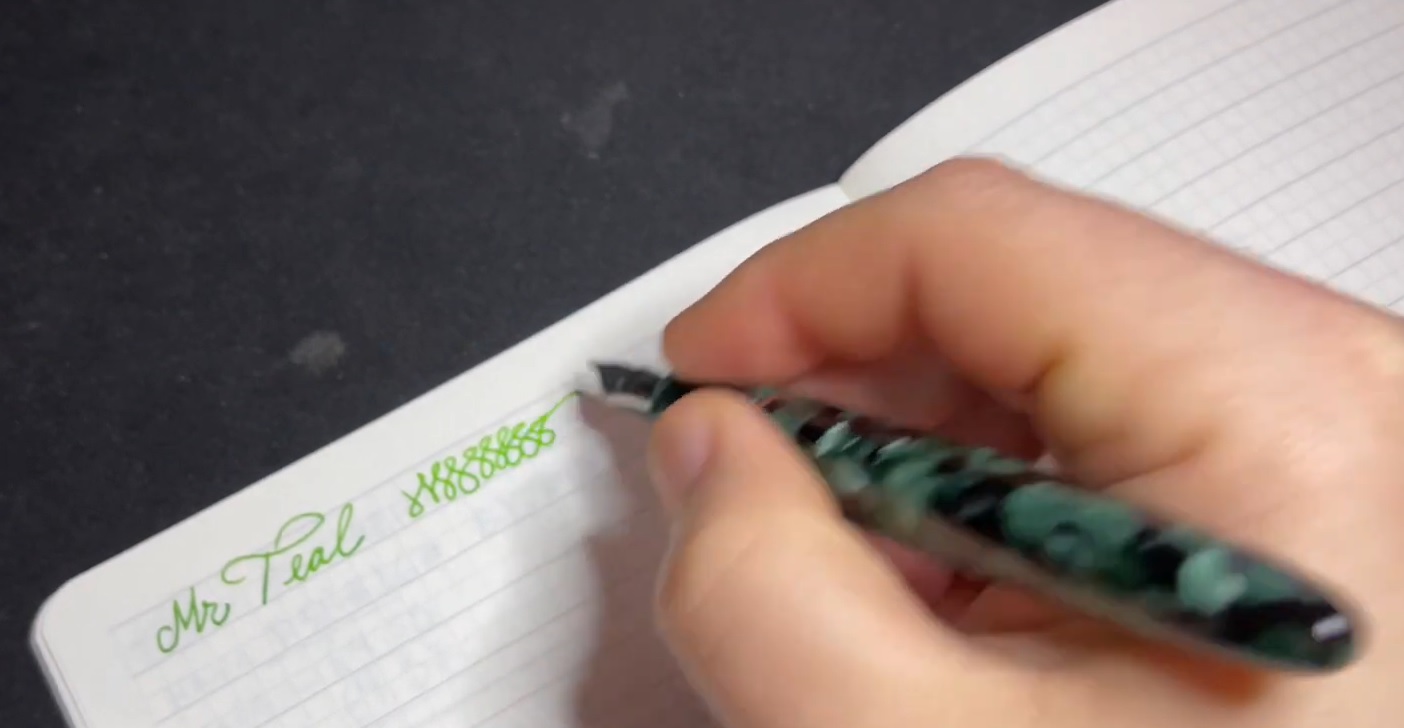 The only way is ethics  The packaging delights in trumpeting Esterbrook as ‘America’s original’, but as far as we can discern the nib is made in Germany and the rest of the pen in China. That doesn’t necessarily indicate a major problem, and we have no immediate evidence of poor labour conditions in the factory, but then again neither do we have much in the way of reassurance. This is perhaps an area in which the brand owner would be wise to be a little more proactive. 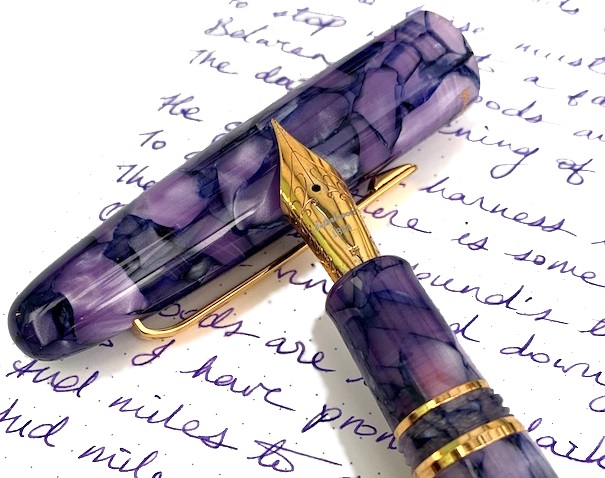 If this isn’t quite your cup of tea, but almost…  We really like the Estie a lot, but if for some reason you can’t find one in exactly the colour you want it shouldn’t be difficult to find alternatives; this is not a complicated or unusual shape, and #6-nibbed pens are available from almost every manufacturer. Most custom pen-turners will be delighted to run a similar-shaped pen off the lathe, while The Writing Desk’s range of Edison Colliers are US-made pens taking a #6 at a very similar price to what the born again Esterbrook are asking for. It’s fair to say that the pen fan has plenty of options here. 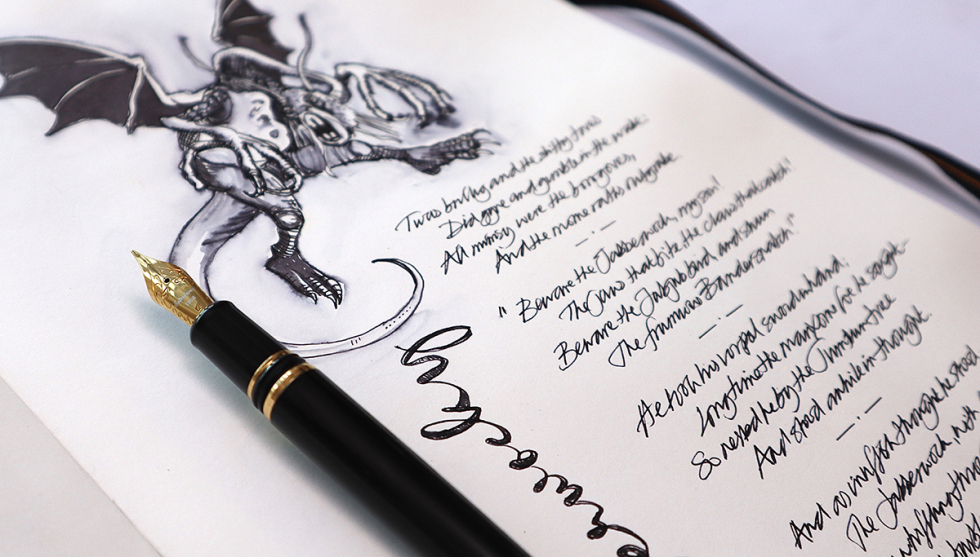 Our overall recommendation  If there’s a material you really love the look of, and you can justify paying a little over the odds for it, you’re not going to be disappointed. If you have an old Esterbrook nib fitted to a pen which has seen better days, the ‘nib connector’ is a clever way to give it new life. Should the shape alone appeal, it’s not unreasonable to shop around or, possibly, wait for the price to regulate downwards somewhat.

Where to get hold of one  Most of your favourite online sellers have the Estie in stock – and in the far distant future, we may even dream of visiting shops which display them, in the flesh, there in front of our eyes. 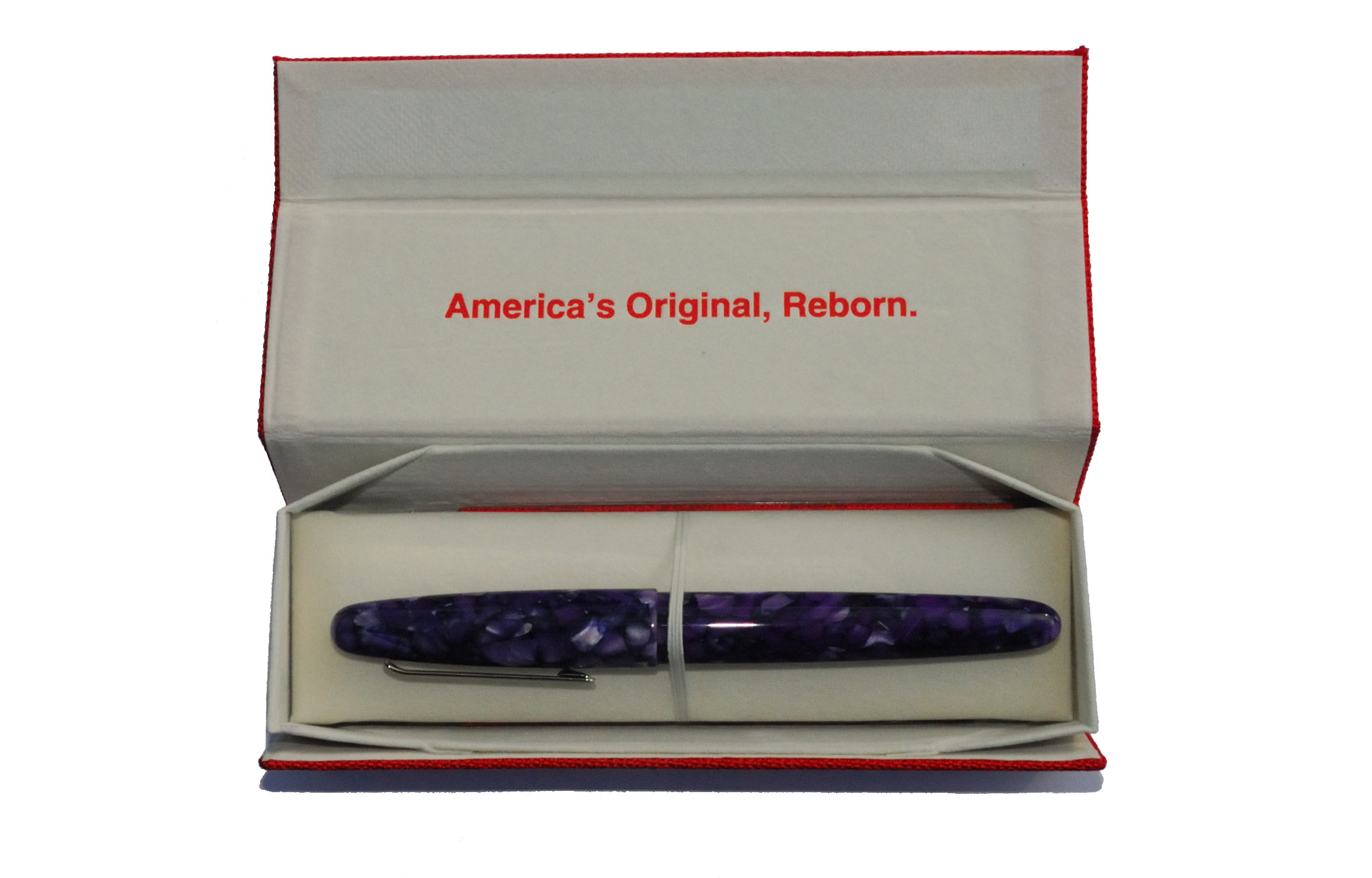 Thanks to  Studio Pens, Esterbrook’s distributor, for easing access to test pens for four of our penthusiasts. 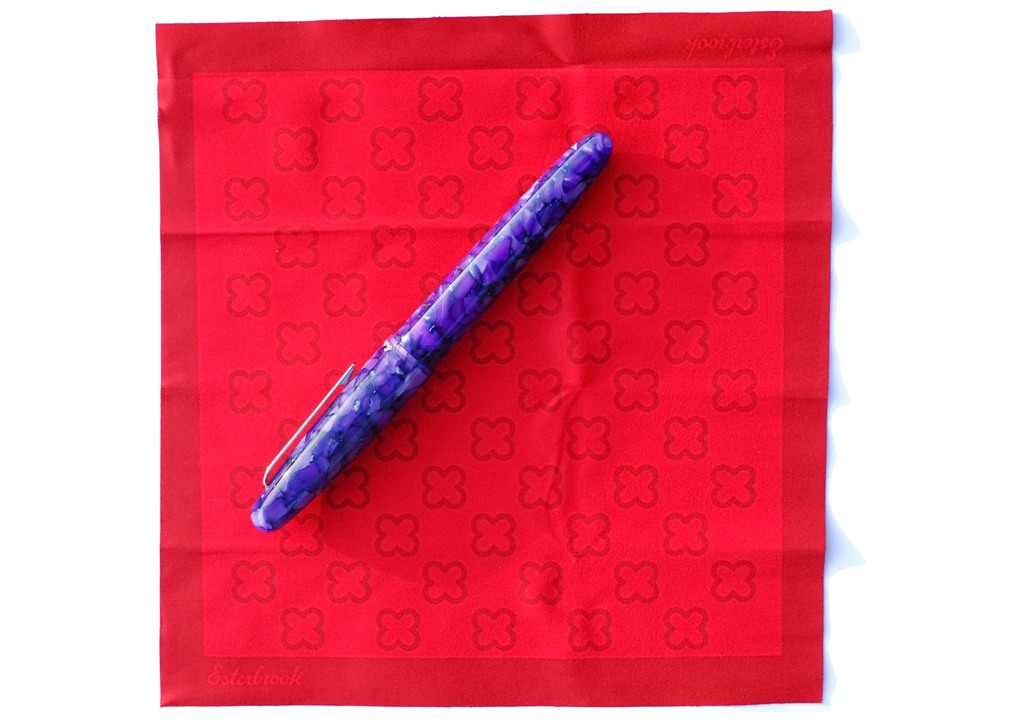