A little bit of history  Cleo Skribent is the company which kept fountain pen manufacturing going behind the iron curtain, and now make affordable daily drivers like the capable Classic which we tested last year. Their most enthusiastic retailers in the UK, the aptly named Write Here, were determined to persuade us to try one of their more exotic offerings.  Well, we didn’t take THAT much persuading… 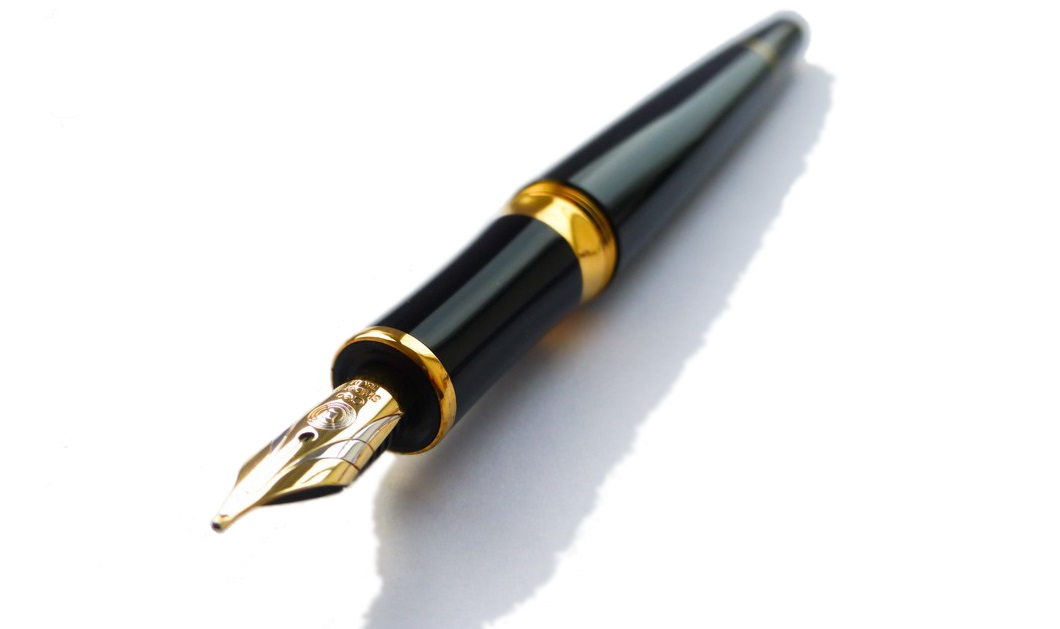 How it looks  Quite distinctive, with a tapered barrel which is reminiscent of a desk pen, and that impressively over-engineered clip. The gold finish wasn’t to everyone’s taste, but a chrome trim alternative and a nicely blue version are also available.

How it feels  Light but well-poised and ready to write. It’s hard to resist the urge to try a few squiggles when you pick this up, even if you have nothing in particular to write – but as Skribent roughly translates as ‘scribble’ that’s perhaps appropriate.

How it fills  Somewhat disappointingly, given the piston option of the reasonably priced Classic, the Skribent is a cartridge/converter number. However, the converter does screw in for greater security, which is a smart move.

Crucially, how it writes…  Ah, here is where the Skribent changes opinions quite quickly. The looks might not win everyone over, but that nib does! It’s small but perfectly formed, with a gentle bounce usually only encountered on a Japanese ‘soft’ nib, and although it offers only modest line variation it is a real joy to write with. 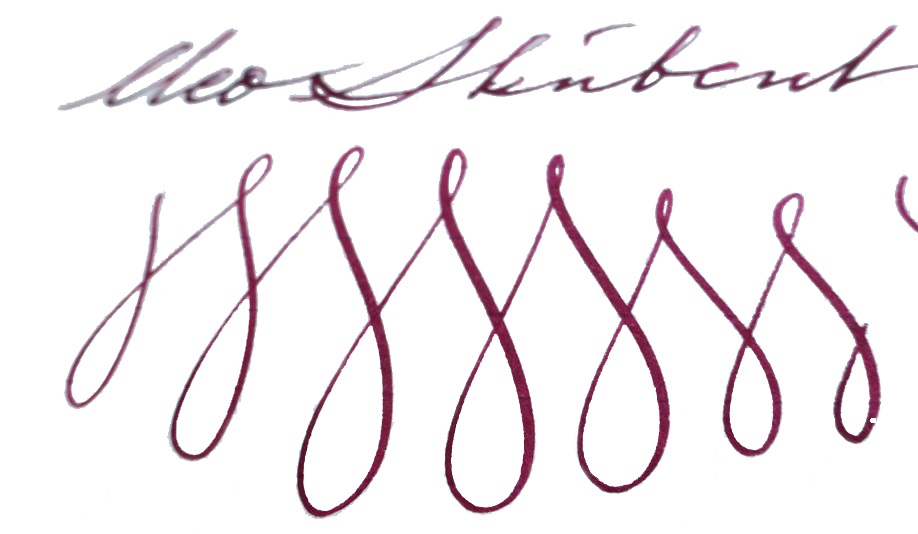 Pen! What is it good for?  This is a proper ‘writer’s pen’, this one; it is well-built and could cope with whole reams of text. ‘Just the thing for writing that novel you’ve been meaning to get around to…

VFM  This is the one area where the Skribent struggles a bit, at the moment. It’s a nice pen with a really excellent nib, and deserves a premium price, but £300 is an awful lot of money. For that kind of cash one could buy a piston-filler, with a bigger nib, from a famous name, and it’s hard to escape the sense that Cleo have been a little over-ambitious with the RRP. If this was closer to the £220 mark we’d be recommending it with enthusiasm, though.

If this isn’t quite your cup of tea, but almost…  Cleo makes a wide range of fountain pens, and we do aim to review more of them over the next couple of years. But probably the nearest writing experience to that available from the Skribent would be a Platinum #3776 with an SM nib – if you can find one.

Our overall recommendation  If you do have a yearning to write a book long-hand, and you can afford a luxury ‘daily driver’, you could do a lot worse than the Skribent – and you’re sure to fall in love with the nib. We think that Cleo would be wise to reconsider the price positioning, however.

Where to get hold of one  There are few Cleo stockists in the UK so, review samples not withstanding, it does make sense to go straight to a specialist. 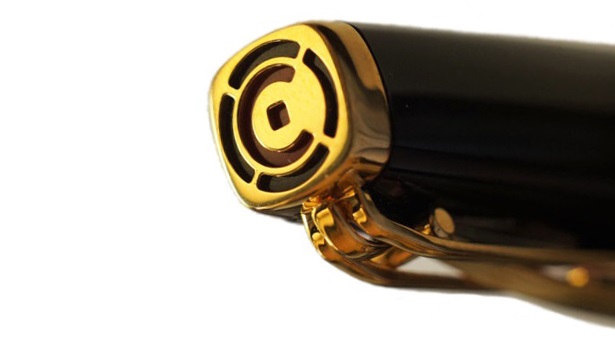 Thanks to  Write Here for lending us the Skribent to play with! 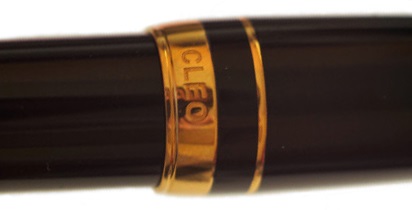 It’s time for us to announce another give-away here at the United Inkdom Citadel!

Today it’s the Scrikss pen that’s up for grabs – procured in person by our very own Scribble from a trip to Nuremberg’s Insights-X trade fair at the end of last year. This is the Noble 35 that we’re offering up here, and it’s rather lovely to use!

As usual, all the answers are found on the blogs of the United Inkdom bloggers or on the Scrikss website.

Scribble at Too Many Pens

Alison at Her Nibs

If you are based in the UK and as fountain-pen-mad as the rest of us at United Inkdom, why don’t you take part?

You just need to answer the following questions:

1) How long is the warranty on a Scrikss pen?

2) What is the finish of the Noble 35 pen that we’re giving away?

3) Which country are Scrikss based?

4) What year was Scrikss founded?

Send your answers to unitedinkdomprizes@gmail.com   The closing date for this give-away will be 21 July. Good luck everybody!

A little bit of history  You’ve probably heard of the ‘architect nib’, as favoured by Frank Lloyd Wright, but have you ever wondered what would happen if an architect started making actual pens?  Well, here’s the answer. The same designer responsible for the remarkable parabola chair has been making pens for a couple of years now – and it was high time that we took a look.

How it looks  The first pen that Ensso have sent us is the brass version of the Piuma, named after the Italian for feather – the earliest sort of nib, of course. It looks like a classic cigar-shaped pen, albeit without summoning-up the toxicity that a cigar might suggest. It’s not a complex or even surprising shape, by any means, but it’s easy on the eye. The branding is subtle, and the whole thing looks classy and understated.

How it feels  Now here it’s a matter of personal taste and preference. A brass pen is always going to be heavier than its aluminium equivalent, and this is no exception to that iron (woops, wrong metal) rule. Whether that’s a good thing depends upon what you like. Scribble has a lot of big heavy brass pens and finds this one of the lighter ones, while Rob likes the look of brass but found the Piuma a bit too heavy. As Ian points out, naming it after a feather was perhaps a bit ironic given the heft. But if you can handle the weight, the grip is comfortable and the size just right for large-ish hands.

How it fills  It’s a straightforward cartridge/converter job, but that’s no problem.

Crucially, how it writes…  The Piuma takes a #6 nib in the screw-in Bock housing, as is often the case with relatively small-batch production runs. The steel nib we tried was competent rather than special, but that’s not so bad a place to start – and upgrading to something a bit more interesting should be quite straightforward.

Pen! What is it good for?  If you can take the weight, this is probably a good pen to travel with. You can enjoy watching it take on a handsome brass patina, or polishing it in between expeditions, as your prefer.

If this isn’t quite your cup of tea, but almost…  This is the only brass pen we know of with a shape quite like this, but if you want something hefty with a #6 Bock nib then brass versions of the Karas Kustoms Ink, the Tactile Turn Gist, the Namisu Nova and the Kaweco Supra are all worth a look. Ensso is also working on a much smaller pen which will also be available in brass, and can currently be located on Kickstarter.

Our overall recommendation  Check whether the weight is really for you first – but if you like the design and can manage the mass, get one while stocks last.

Where to get hold of one  Straight from the maker.

Thanks to  Ensso for kindly sending a sample our way. 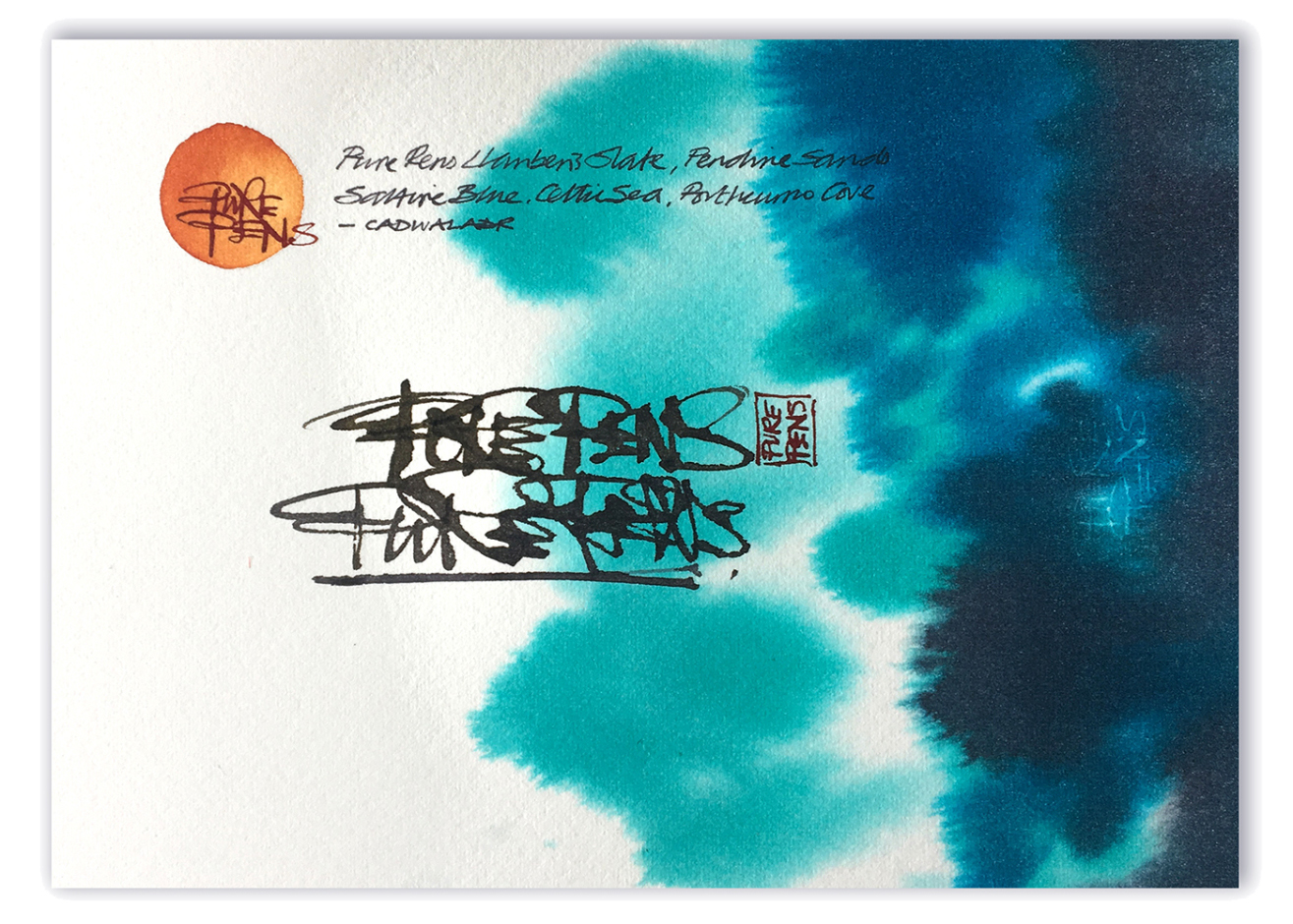 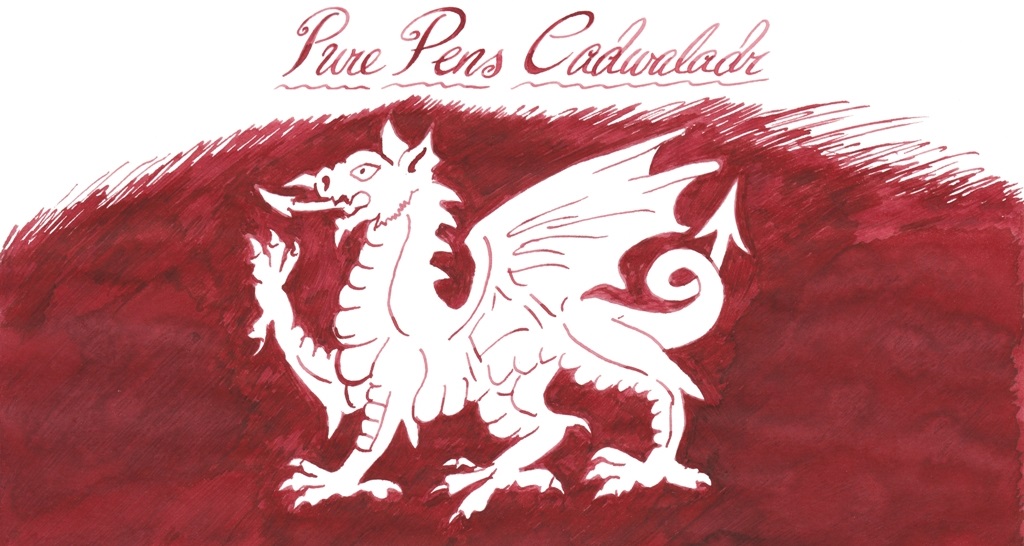 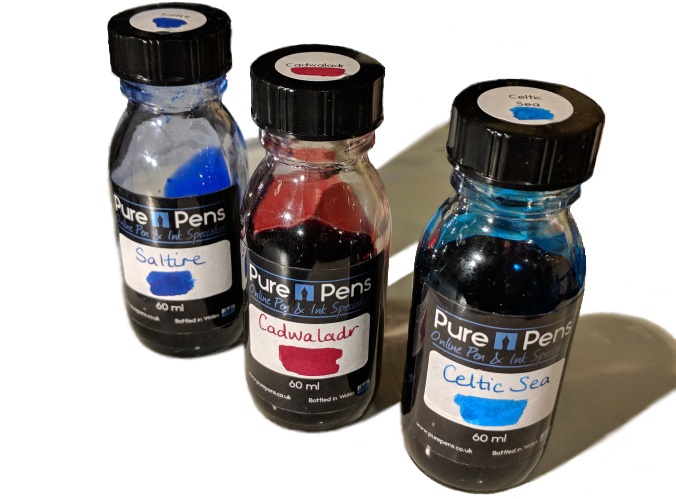