A little bit of history Start Bay, as the name suggests, is a wide arcing sea front, in this case on Devon’s south coast. The long beach of Slapton Sands is so expansive (despite actually being composed mostly of pebbles) that it even stood-in for Utah beach during D-Day landings rehearsals, tragically with the loss of three times more men than were taken by the real thing. These days, it’s a much calmer place, and home amongst other things to the Start Bay Notebook. The brand made its name with A5 notebook covers (which we reviewed in 2017), and similar products for the popular 90x140mm pocket notebook, but then they came up with a third format – the ‘TN’ size. We had to investigate, naturally… 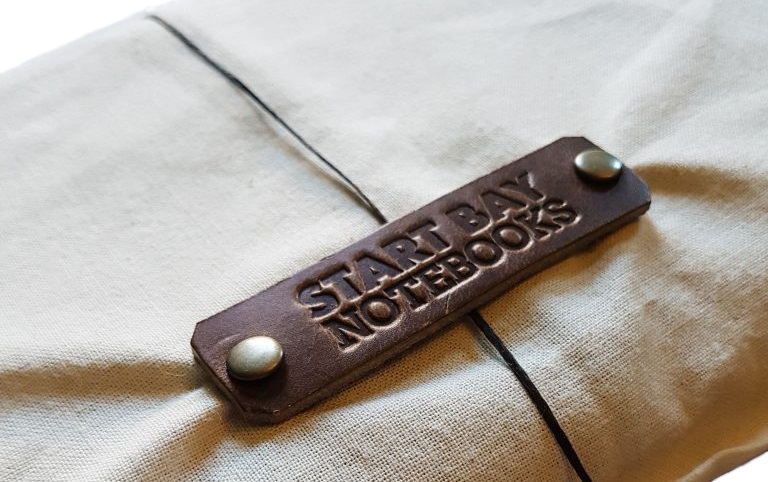 How it looks Like an A5 notebook /cover with 38mm missing on the horizontal, which is precisely what it is. Whether this is attractive or unattractive is very much a personal choice, but if you like the trend for the ‘traveller’s notebook’ then this is a fine-looking competitor, with tactile leather and a cloth bag to put it all in (which feels like it could take a bit of punishment out on the road). 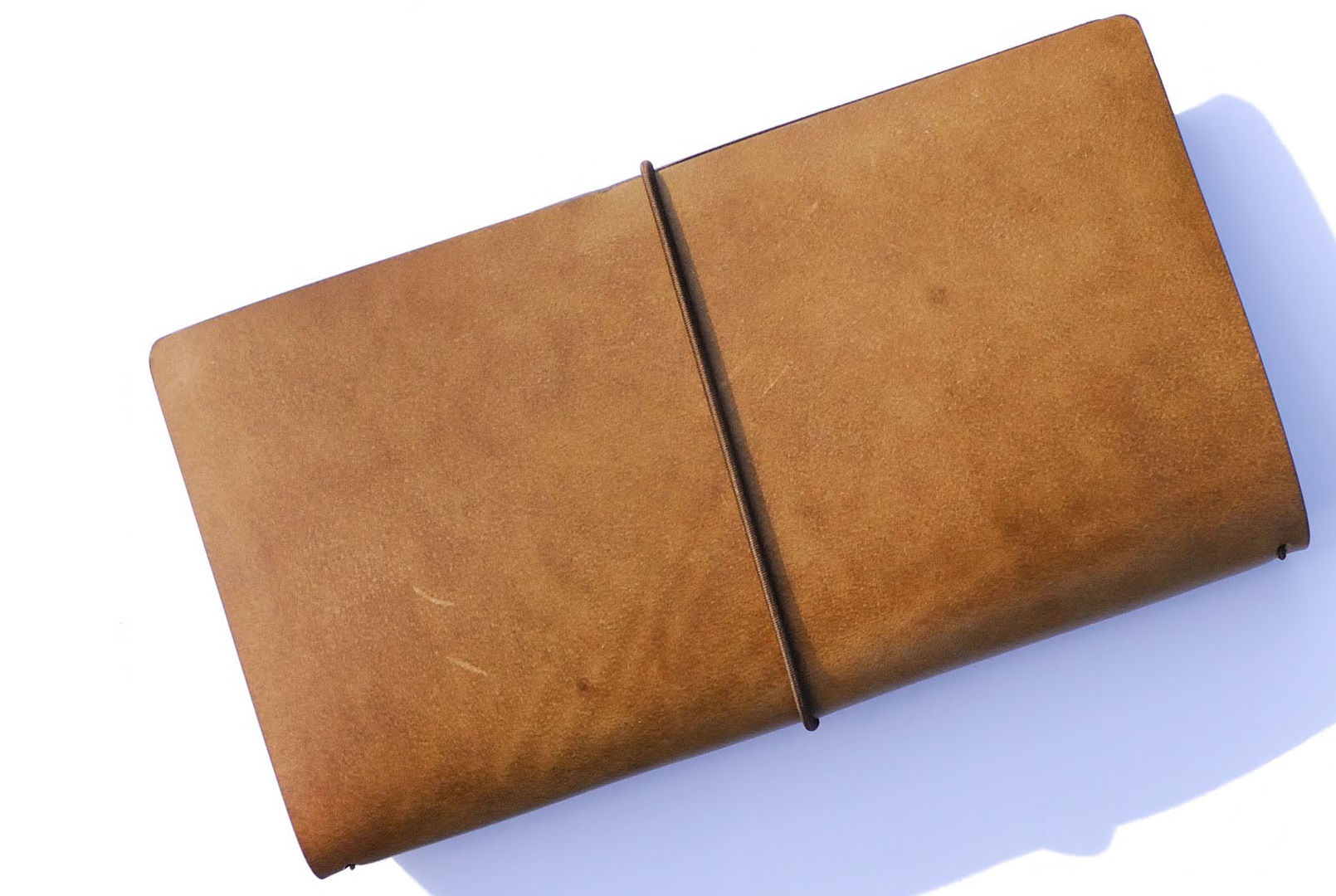 How it feels Warm, slightly textured, and supple but not greasy. All the boxes ticked, then. 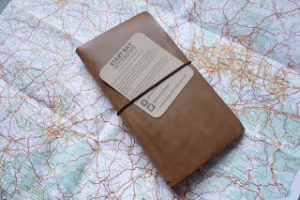 How it fills With 110 x 210 mm inserts (confusingly labelled ‘A5 slim’, which isn’t really a thing), made for Start Bay by Rutland-based Personalised Stationery. Or there’s a Japanese analogue which will also fit, if you prefer. If your requirements are more specialist, as it is a standard size, you will probably be able to find inserts which meet your exact specifications on Etsy.

How it handles fountain pens The standard inserts are made by a fountain pen enthusiast, and it shows. There’s a little bit of tooth, and it can handle wet nibs without falling apart.

Bay! What is it good for? It’s probably pretty good for travelling – it fits into the pocket of cargo trousers or the top flap of most rucksacks, for starters.  As Alison discovered, it also works rather well for bullet-journalling.

VFM At £45 this is exactly the same price as Midori’s popular, if typographically-challenged, ‘Traveler’s Notebook’, and that’s fair competition. This is a well-made product which will last for years and probably looks even better once it’s been around the block a few times – and it even comes with one of those hand-made ‘Notable Reference’ fillers as standard. Good value, we think. 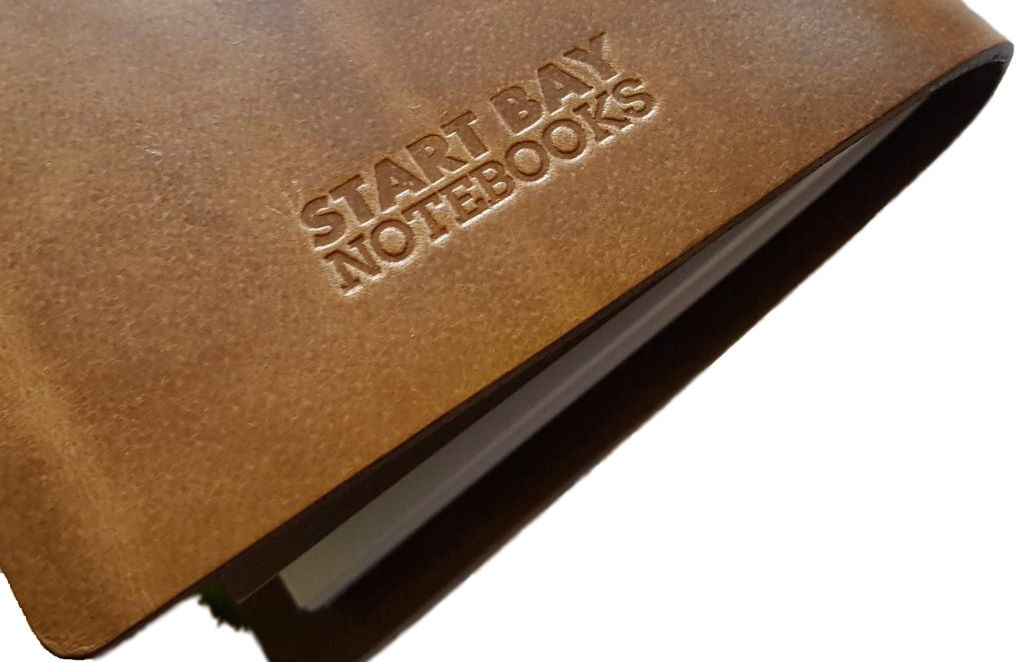 If this isn’t quite your cup of tea, but almost… There are two other sizes of Start Bay notebook which have a wider range of inserts available – or if for some reason you don’t want a distinctive product hand-made in Britain, you could opt for the Midori (which is probably perfectly good, but our reviewers prefer the Start Bay ).

Our overall recommendation is to think hard about what you’re going to use the notebook cover for, then take your pick. If the TN or ‘A5 slim’ size really does it for you, go for it. If not, the proper A5 size might be easier to fill and the 90x140mm size easier to carry. But if you want a simple notebook cover which is well-made and looks the part then Start Bay generally take some beating.

Where to get hold of one Start Bay now mostly sell direct, so the best option is to go straight to the source.