Selling fountain pens, inks and good paper is a niche business, clearly – but it’s also a fast-growing niche, inhabited by splendid people with refined tastes.  So it’s always good to encounter a small firm thriving by doing the right thing, and if you’re a stationery fan then you probably already know Bureau Direct is one of those!

Still run by siblings Jo and Dominic, the team is now around nine in total (it varies at peak demand times), and thanks to Mishka there’s a good chance you’ll already have encountered them via social media.  As a big deal in the online world, it’s interesting to discover that they started out with a bricks-and-mortar shop – in Covent Garden, no less. But as the internet shopping boom started, well, booming, the rents for such premises rose and the opportunities in cyber-space grew proportionately.  So the team now has a spacious base to the west of London, with racks of exotic stationery aplenty. 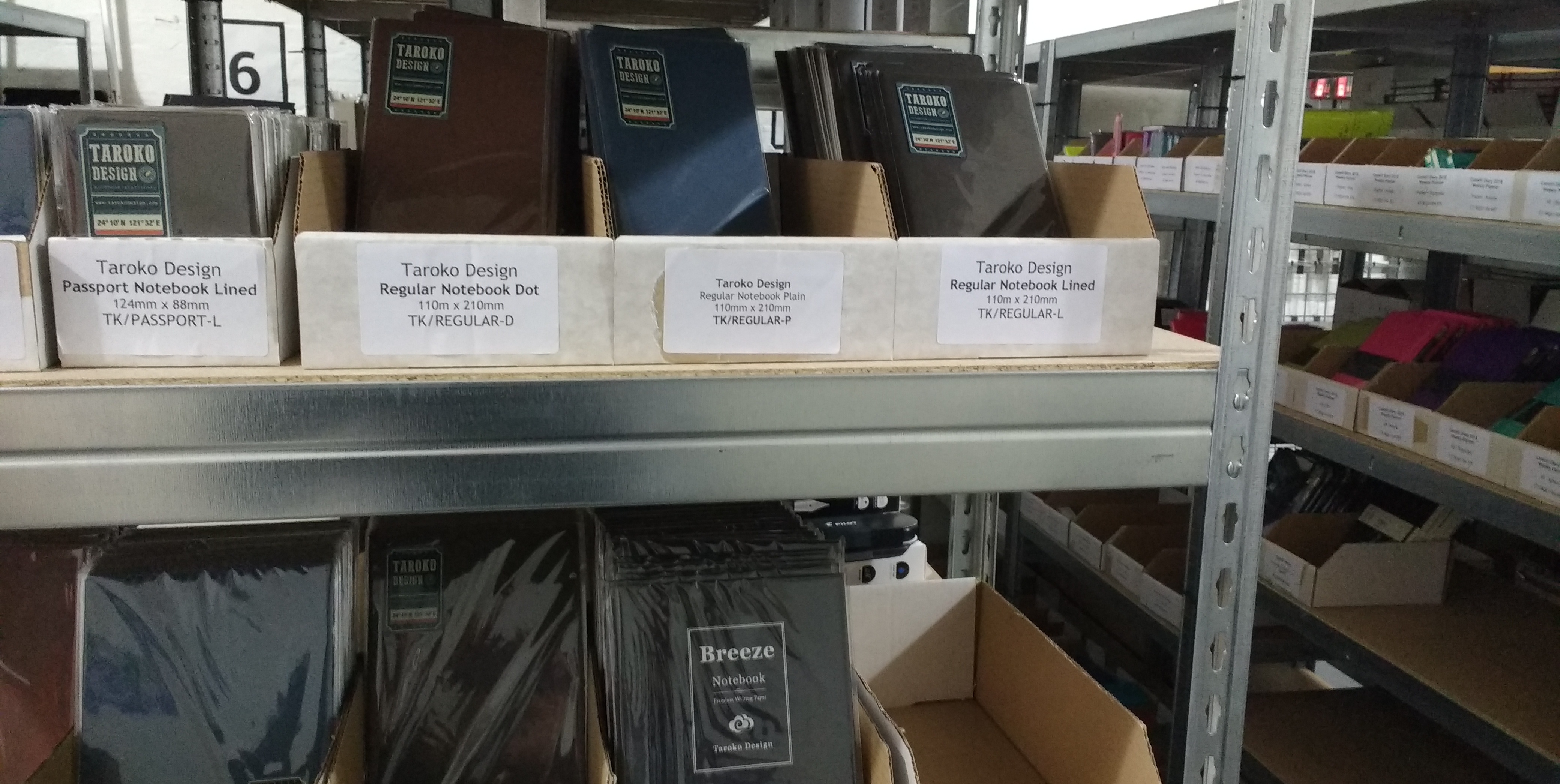 Fountain-pen friendly paper is a big deal for this company, and the array of black and red Rhodia items on the shelves of the warehouse are quite an impressive site.  What will grab many fountain pen fans is that there’s enough of a customer base to engage in the occasional spot of innovation too.  We ran a meta-review of one of their popular lines last week, the stapled Tomoe River notebook from Taroko Design. That’s proved so popular that Taroko have collaborated with Bureau Direct to make an even more sophisticated sewn-bound notebook, the Breeze, which we suspect is going to be a big hit too.

The team have been doing well bringing some interesting niche inks into the UK market, too, especially as one of the original trail-blazers for the impressive KWZ inks – and the news is that more colours, and possibly a few more iron-gall inks too, are on the way. Bureau Direct is the sole importer of Australia’s Blackstone inks on these shores, too; and hard as it may be to convince readers of this by text, our visiting reporter can vouch for their claim to be some of the most aromatically delightful inks you’re likely to come across. 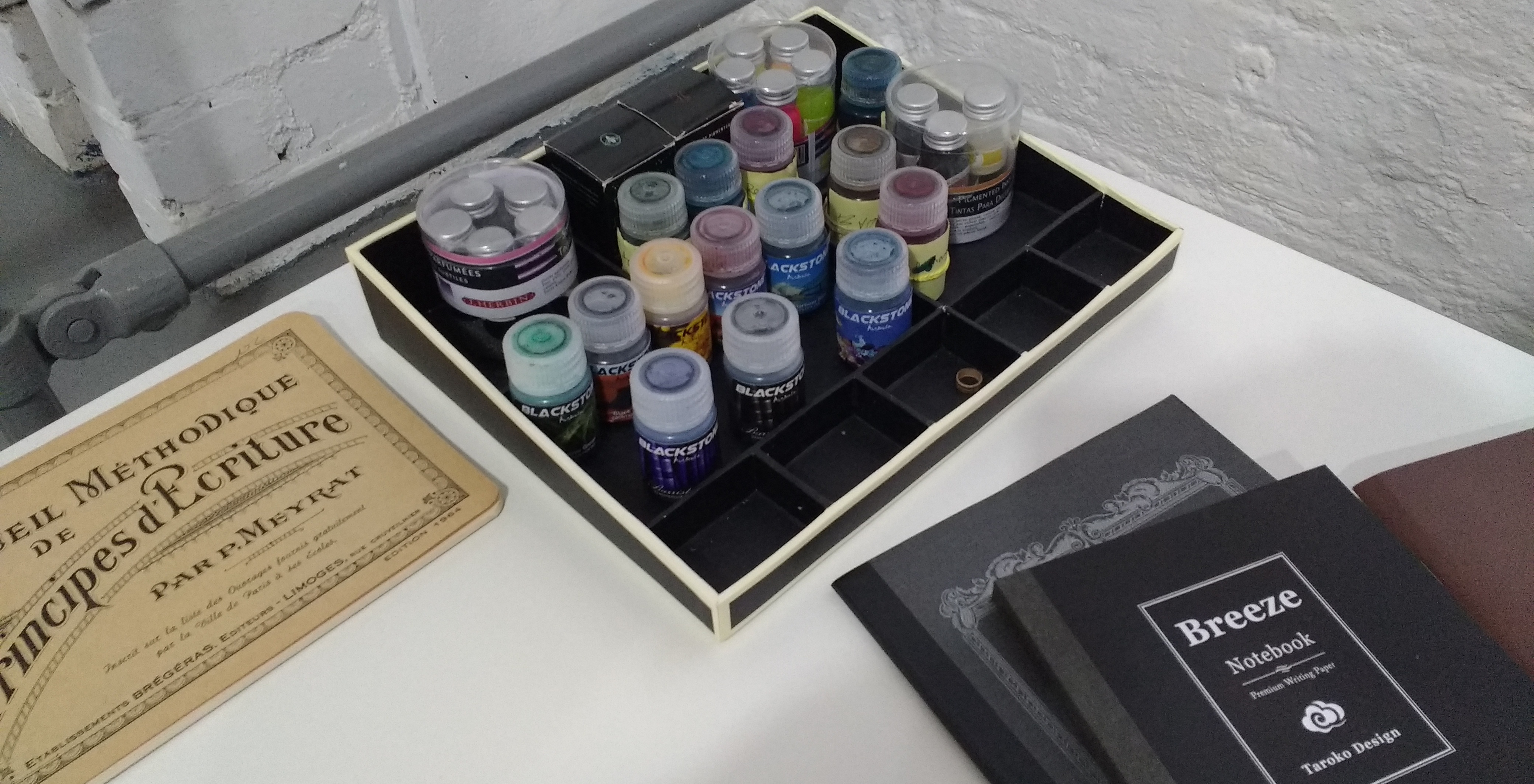 Bureau Direct sell pencils and other paraphernalia too, of course, and one of the best ways to keep up to date with incoming temptations is to sign up for their email newsletters, which come with some very handy discounts too. But what you might not know unless you happen to be passing the warehouse is that they have gone back to their roots and set up an in-house testing area, so if you want to try out one of their range of fountain pens (Kaweco, TWSBI and Lamy are all on hand) or see how some of that rare ink behaves on some exotic paper, there’s a very tempting desk surrounded by very cool gear, and yes – you can just arrange to drop in! Expect to hear from this lovely bunch; we reckon we’ve clocked them as fellow enthusiasts. In the meantime, in the very unlikely event of you not having seen their website already, take a peek…