A little bit of history: While other German manufacturers such as Pelikan and Kaweco have been around since the 19th century, Cleo Skribent is a company that found itself established in the 20th century, shortly after the Second World War. The pens were made in Germany, initially in the founder’s garage “behind the iron curtain”. Once the curtain had been lifted, Cleo Skribent saw a booming business and the company continues to manufacture pens to this day. The name Cleo refers to the Egyptian pharaoh, Cleopatra, with whom the company identifies with due to the innovation and design of the Egyptian pyramids (though Daniel does point out Cleopatra lived closer to the launch of the iPhone than she did the pyramids). 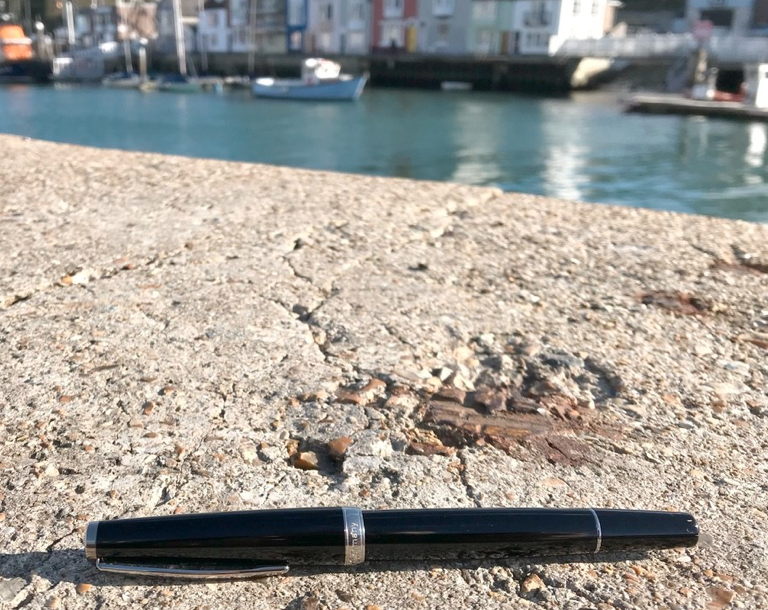 How it looks: The Classic measures 134mm uncapped and 163mm posted. Some of us found the pen to be large, while others considered it small. The pen is also slim, which gives it a refined and sleek look, though this may not be to everyone’s tastes. The pens come in a range of colours of white, black or red and each come with their own option of gold or chrome furniture which means there’s something for everyone. The design, depending on who it is you’re asking, could be described as “understated”, or just simply “boring”. Though, the white and gold option does offer something “the same but different” as it’s still a conservative looking design but going about it in a different way. If you want something a bit more “out there” and unconventional, perhaps the red would tickle your fancy. The various options that you get are a fantastic selling point. For example, Daniel enjoyed the white and gold aesthetic, while Sarah thought the gold and silver looked better. There’s choice for everyone (that is, so long as you like white, black or red pens).

On the top of the cap is the Cleo Skribent logo. 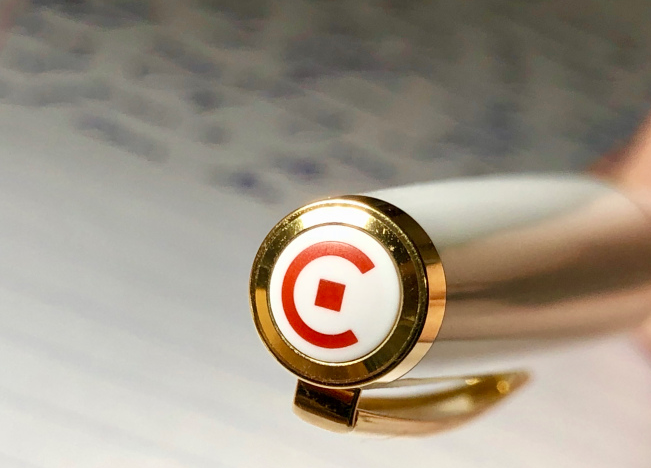 The piston filler versions of the pen come with an ink window, which is very handy. 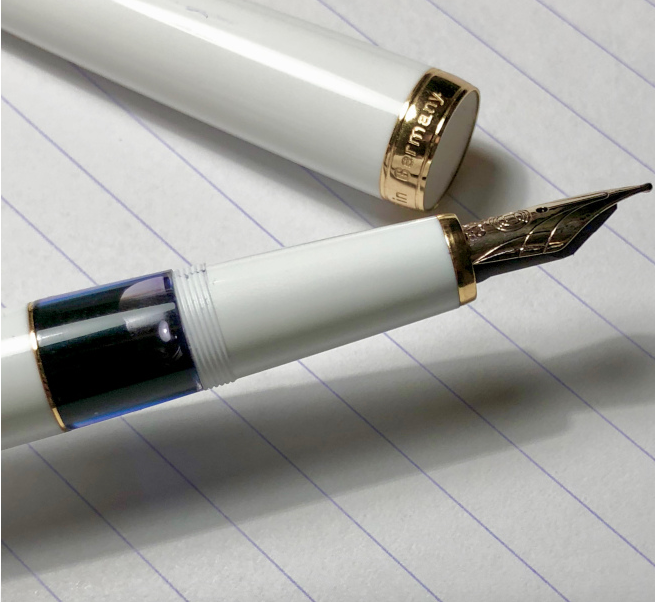 How it feels: The Classic weighs 18g capped, so this is an extremely lightweight pen. For some of us, that put us off a little bit. However, it is certainly well balanced and if you wish to post the pen, it does so very well. The cap screws off, but the step up to the section is minimal and due to the long section, you can bet on having a very nice grip on the pen. 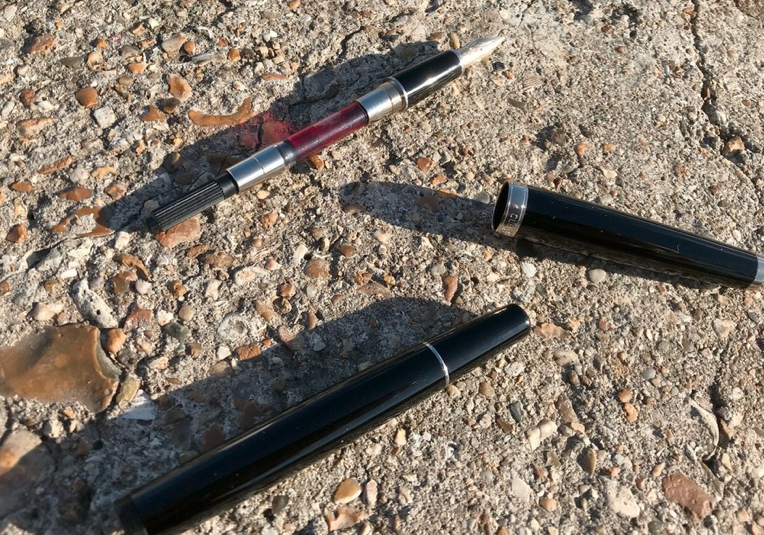 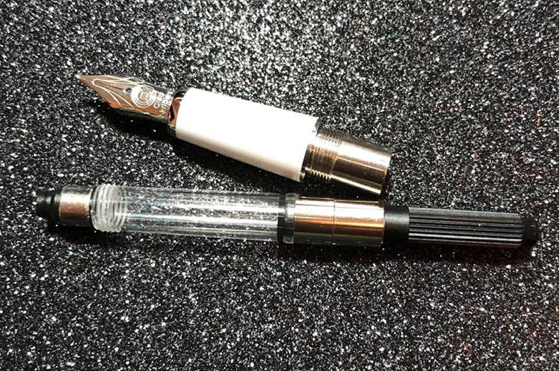 The piston is essentially a captured converter. You unscrew the blind cap at the end of the pen to get to the converter inside and you then twist it like a normal converter. However, the piston filler does hold more ink than the standard international converter (which screws in, by the way, so you avoid any ink spillages by the converter coming loose!). By using the piston filler, it does make it harder to clean out (though not impossible or by any means tedious). 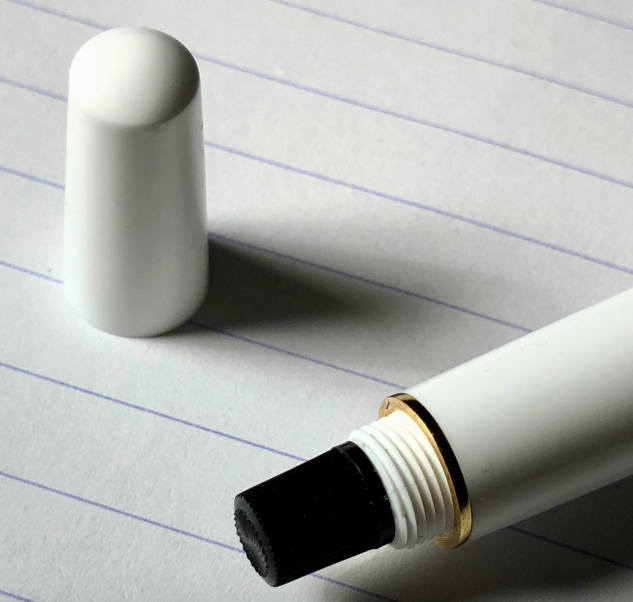 Crucially, how it writes: Not all of us got on with the nib initially. Several of us noticed hard starts and skips at first, which perhaps isn’t something you would expect from a pen in this price range. The nib is also on the dry side when first ‘out of the box’ – but Scribble reports much wetter, softer action after the 14k nib has written a few thousand words.

Because we were testing the gold nib options, we did find a bit of spring and bounce which is characteristic of gold nibs, however this fell short in early use when we found the feed didn’t keep up with the flow. However, a super-wet ink helped a little – and in at least one case prolonged use fixed it completely. 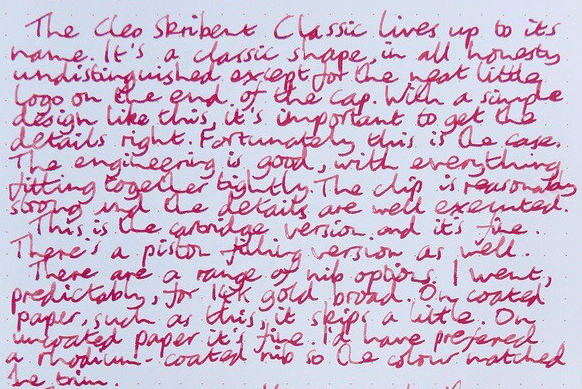 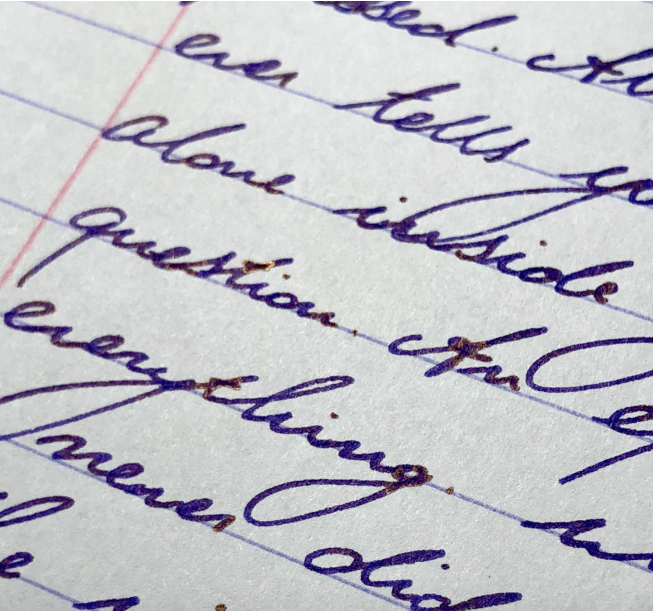 Pen! What is it good for? The Classic is, simply put, a classic design. It’s slightly more streamlined than other pens, so you get a slightly different aesthetic to the typical cigar shaped pen. This is certainly something you could take into a business or more professional setting. Because of the wide number of choices that you can have, you can choose the exact specifications that suit your needs and would also make it a very good journalling pen or something that you carry around with you due to the lightweight characteristic (also makes it good for extended writing sessions). 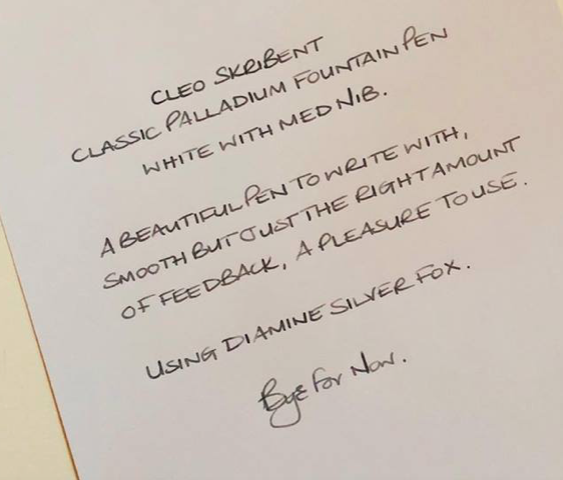 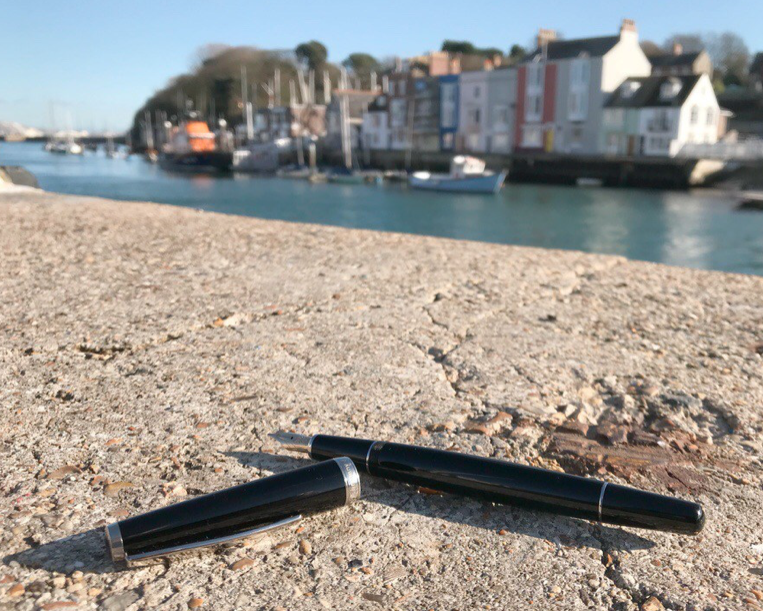 If this isn’t quite your cup of tea, but almost: The price of this range goes from £75 with a steel nib and cartridge converter filling system to £155 with a 14k gold nib and a piston filler, so it occupies a range in the market. For a gold nib, you can’t go too far wrong with the Platinum #3776, which you can pick up for £99 if you look in the right places (even cheaper, if you’re on the grey market) which comes with a  gold nib and is a pen known for fantastic quality. This is, however, a cartridge converter. The TWSBI Vac 700R is also an option, which has a larger ink capacity, though with a steel nib. If a good, reliable gold nib pen is something you’re after then the #3776 is a very good pen to consider. If the ink capacity is more your concern and you’re looking around this price point, you can’t really beat the Vac 700R at this level. Of course, Cleo make all sorts of other interesting models too, like the Ebonite.

Our overall recommendation: This is a pen which wants to work for its living, and a potentially promising choice if you’re looking for a work-horse; it responds best after a good wearing-in. That can be an unusual experience if you’re used to pens working perfectly right away, though, so this probably won’t be a pen to everyone’s tastes. If you want to use and abuse an old-fashioned pen which will probably last for life, this is the Trabant of the fountain pen world. If you know you don’t have the patience to tinker under the bonnet, though, this might not be the perfect vehicle for your pearls of wisdom.

Where to get hold of one: You can view the Classic line Write Here (see what we did there?), which is also where these pens were kindly donated to the United Inkdom reviewers for review purposes. There are also other pens offered by Cleo Skribent that may tickle your fancy, such as the ebonite version which you can also find a review of below.