A little bit of history  Lamy is a staple name in the pen community. They have the entry-level fountain pen market well-covered with the Al-Star and Safari, bringing out annual releases of those in different colours (as well as some highly coveted inks). They also have the starter gold nib niche covered with the Lamy 2000, a Bauhaus design from the 1960s which has barely changed since its conception; a real workhorse of a pen. Now we are graced with a mid-level offering from the German giants…but how does it compare? 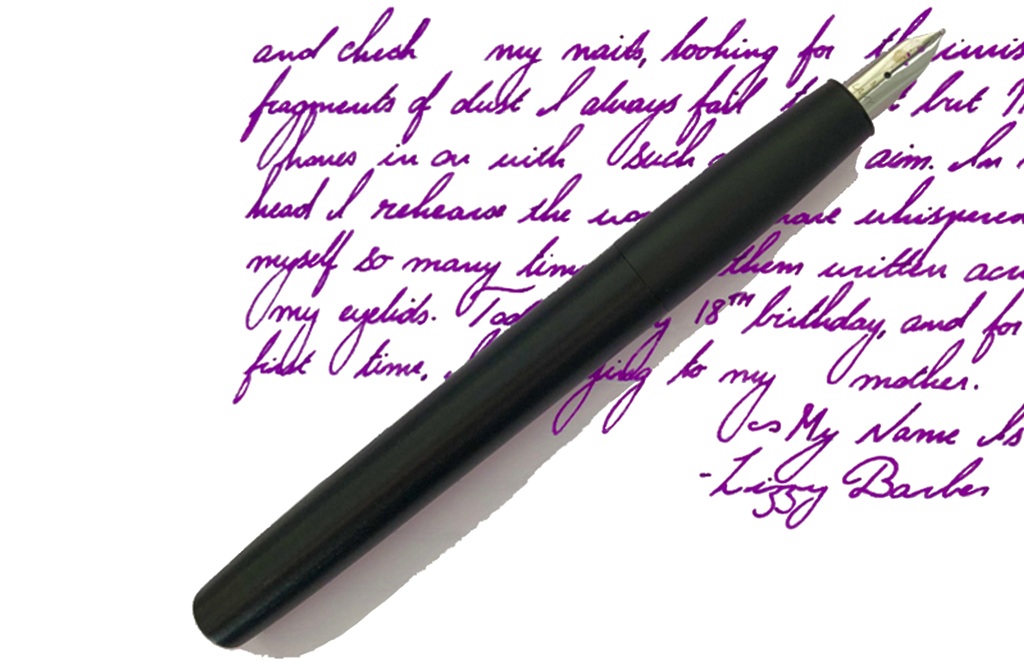 How it looks Daniel sees this as a “budget Lamy 2000”, while Scribble describes it as “modern – in a Stanley Kubrick’s 2001 sense”. However you see it, this pen is a sleek, business-appropriate pen while still remaining attractive enough that you’d be tempted to use it even at home. The pen currently comes in two options of black and silver, but Lamy are shaking things up in the not-too-distant future by adding dark blue and red flavours to the Aion line-up, which will give it the feeling of something a bit more fun and not as serious (or business-y), as is the case with the Lamy Al-Star and Safari pens. 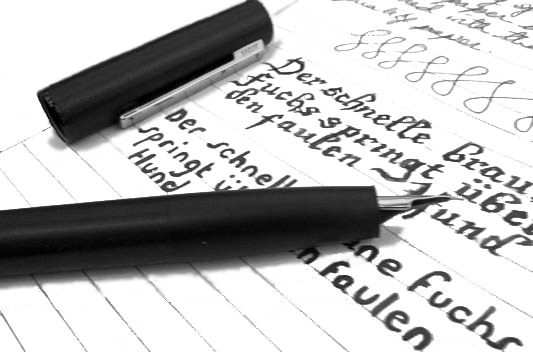 How it feels This pen seemed to be quite polarising for our pool of reviewers. Scribble wasn’t too taken by the way the pen feels in the hand and had an issue with the grip section, pointing out nevertheless that how one grips a pen is a very personal thing. The pen has a coating on it that gives it a really interesting texture. Perhaps this is one you might want to try in the flesh, or certainly from a reputable retailer who’ll accept returns (make sure not to ink the pen, however!). 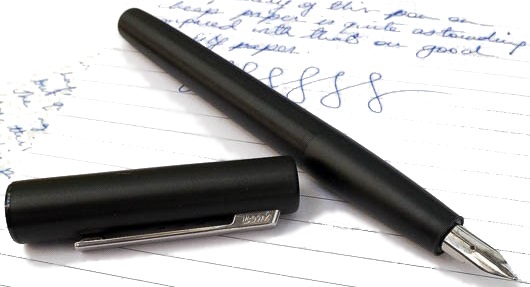 How it fills This is a cartridge/converter pen. Lamy have their own range of cartridges, and Monteverde also make cartridges that fit Lamy pens. You will have to use brand-specific as the filling mechanism is proprietary (so you can’t use standard international converters either). This is an irritation which we think Lamy could easily rectify by supplying a converter as a standard part of the package.

Crucially, how it writes…  While the feel of the barrel was polarising, we all agreed that this pen wrote well. The nib itself may not offer all that much in terms of aesthetic, but it does its job, and it does it well. Sometimes Lamy nibs can be hit-or-miss, but we were able to sample more than one of these pens and none of us ran into any problems (even with the finer nib grades). The nibs can also be swapped with Lamy Safari/Al-Star nibs if you prefer their more angular design to the Aion nib’s rounded profile. 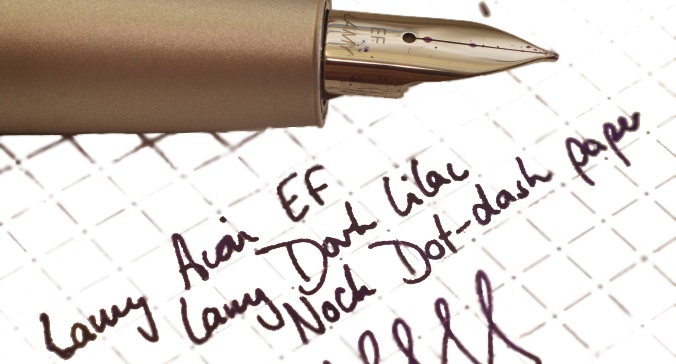 Pen! What is it good for? This certainly has a business feel to it. Created by British designer Jasper Morrison, the aesthetic is something to be admired. As mentioned earlier, with the new colours that are finding their way into the market (and hopefully more in the future) this could be an interesting pen to collect, as well as giving it a more light-hearted feel. For now, though, this is a pen to take to work.

VFM This pen comes in at £47 – so it could be seen as either a “budget 2000” or, perhaps, an “upmarket Safari”. Our view is that this is a fair price for a well-built, functional pen, although we do think it would be reasonable to expect a converter to be included at this point.

If this isn’t quite your cup of tea, but almost… Lamy already have pens in the ‘affordable’ niche. This pen comes in at £47, which makes it trickier to evaluate because not too many pens are in this range. There is of course the TWSBI Eco which will save you £20 and gives you a piston filler and demonstrator design, or for the same price you could get a TWSBI 580. If you want something a bit more “fun” then you could always go for the Lamy Al-Star/Safari range and find something more suited to you there. 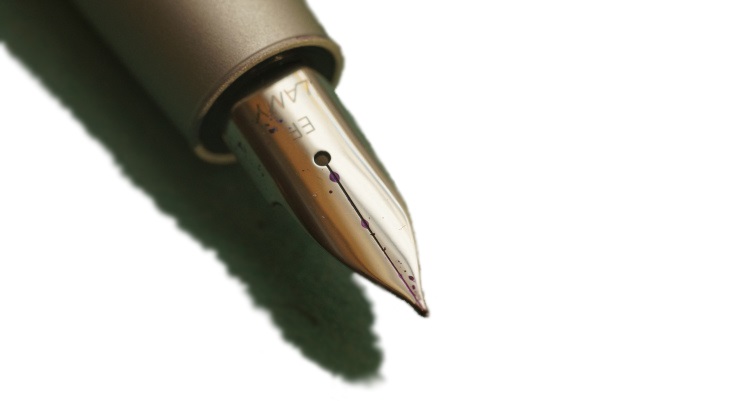 Our overall recommendation A thumbs-up from the United Inkdom crew, generally! Initially several of us were rather sceptical about the pen; Ant even thought it a boring offering until he tried it. But it writes well, looks distinctive and feels good if you have big hands. While this might be one that you want to try in the flesh, it may be worth the risk by pulling the trigger anyway.

Where to get hold of one Any of your favourite pen retailers are likely to have this, especially if they’re already supplying the lower-end Lamy pens.

Thanks to  Lamy HQ for providing an Aion for three of us to test.