A little bit of history  Pocket Notebooks, as covered in last week’s quick profile piece, specialise in, well, pocket notebooks.  These have been making quite a resurgence in recent years and there’s ample competition.  But which is going to work best with your juiciest fountain pen? Our team set out to investigate…

How they look  Apart from the slight variations in size, they do range from the wild to the very subtle in cover artwork. Clairefontaine have gone to town with retro geometry, while right at the other end of the scale Darkstar are understated to the point of nearly anonymous – but not quite! Of course this isn’t so important if you’re planning to put the notebook into a cover for added durability, but it does add to the visual experience of that ‘unboxing’ moment.

How they feel  Stuart was wise to send our reviewers smooth enough paper to handle the rigours of proper nibs, and most of the paper stocks felt pleasant to write on – but this can be quite the opposite experience with the similarly-sized Field Notes, so beware.  Thanks to stitched spines, the Clairefontaine and Silvine offerings felt a bit more robust to use too. Due to an apparent lack of size standardisation (none seem to be quite proper A6) some feel distinctly smaller than others, particularly the Silvine pocket book. But they don’t feel cheap, despite their impressive affordability. 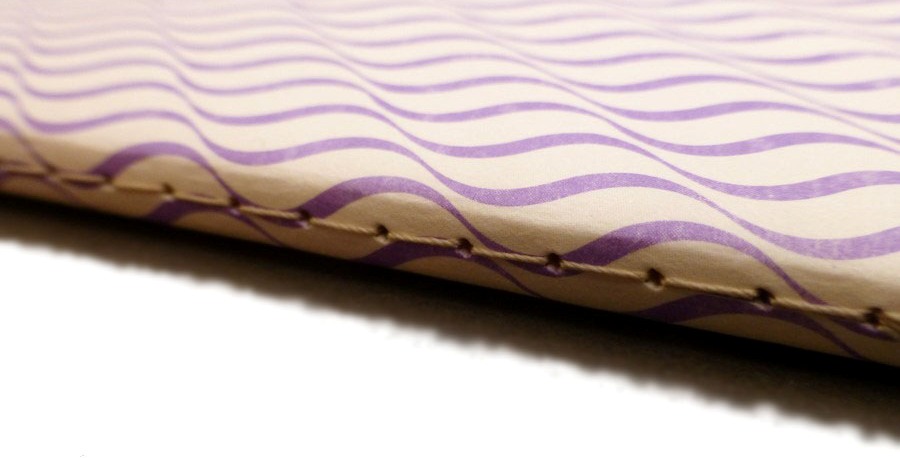 Crucially, how they work with a fountain pen…  On the whole, very well.  The overall winner looks like the Clairefontaine Retro Nova, with the Silvine coming a close second and honourable mentions going to the California notebook using Tomoe River paper and feisty upstart Darkstar. None can quite survive the Clumsy Penman’s atomic-standard Baystate Blue test, but no-one in their right mind uses that ink for everyday writing anyway.  The key point is that these are good enough to write on and let your thoughts wander, without having to resort to a wretched ballpoint (or ‘Biro of Beelzebub’ as it’s known amongst discriminating audiences).

John, our chief paper-pusher for this exercise, reports the following results from individual tests:

California Journals  These come in two different styles, the Tomoe River paper version and the ‘Backpocket Journal’.  Mateusz, Gillian and John received these to have a look through, and our conclusions were very similar.  Tomoe River is Tomoe River, and there’s little more to be said about it; it’s excellent paper for writing on but does occasionally need a blotter to make sure you’re not smudging with the wetter inks.  On the other hand, the Backpocket Journal could occasionally be used as a blotter, such is the density and absorbency of the paper in question. 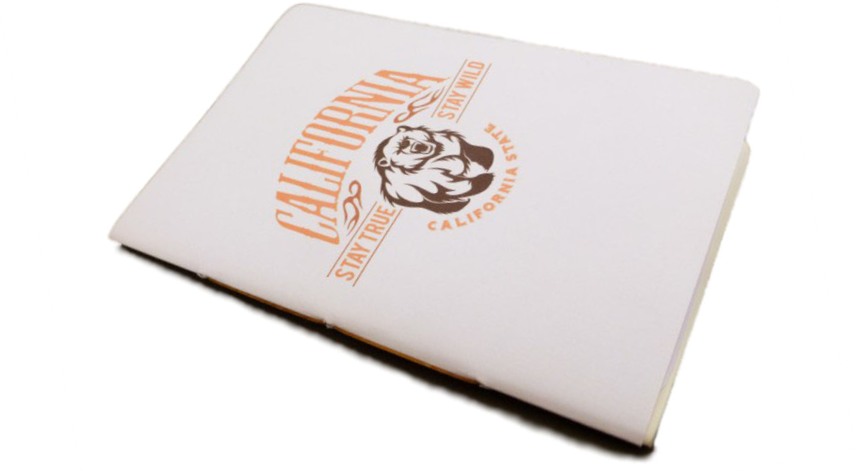 Story Supply notebook  An interesting one this, with the attention to detail that many notebooks just don’t concern themselves with, such as a section in the front for all your details, resilient paper, and a hard wearing cover.  Laura, Mateusz and John all received these to work with, and it has to be said that all were pleased with this Journal, so much so in Laura’s case that marriage may be on the cards… You saw it here first.So what’s so good about it?  It’s got fine lines, which is a must when you write small, but even in broader hands, proves to be a good choice for those who enjoy writing copiously.  It wouldn’t be so good for those who write with stub nibs or italics, but for everyone who uses it as an everyday note book, the lines (0.5 from 0.7 standard) were very popular.  It’s a thirsty notebook (by which we mean that if you leave your pen on it, it may take a drink…), but the paper is excellent quality and writes well, just so long as you remember to keep going rather than taking a break. 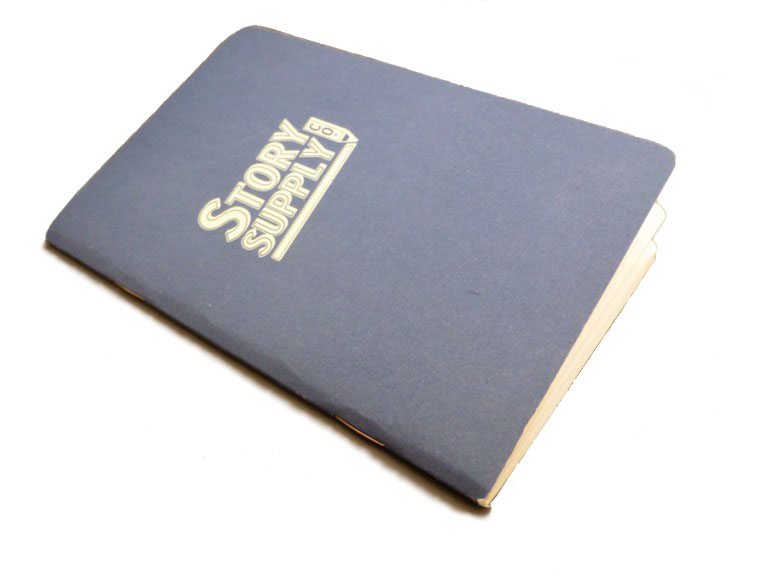 Clairefontaine 1951 Retro nova Notebook  Coming from a brand with the history of Clairefontaine, anything new has both the recommendation of past excellence to chivvy it along, but also the weight of ensuring that it passes muster in the face of the old guard.  Laura, Gillian, Mateusz and John all got this one, and while the new stylings were interesting, what you have here is another quality product from Clairefontaine, the paper is what we’ve come to expect, equally the binding and the cover.  It doesn’t distinguish itself from the other notebooks that Clairefontaine produce though, merely adding a spin on the style of an already classic notebook. 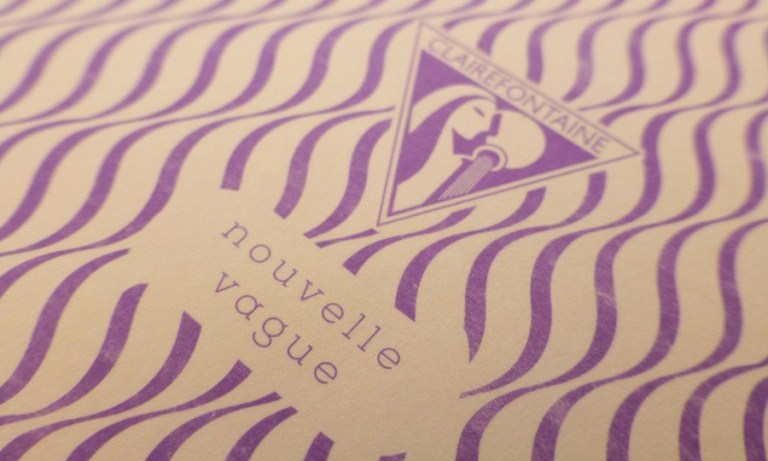 Inky fingers Journal  Something of an oddity when compared to the other Journals with its shiny cover, both Gillian and John received one of these and while it’s a reasonable book to write in, it didn’t fire the imagination in the way that the others had done, and the price was not conducive towards considering it essential. That said, it’s an interesting journal and the paper has the feel of being recycled without having the usual associated bleed through that goes with it.  Worth taking a look at, but it wasn’t our favourite of the bunch.

Dark Star Nomad Journal  Aside from having the most epic name of the journals we looked at, the Nomad also had good reactions from Gillian, Mateusz and John, although Mateusz was more circumspect about the quality of the paper.  At 100gsm, the paper is some of the thickest that we looked at in the journals, with all the attendant ease of writing that provides whilst not being absorbent like many thicker papers are.  John uses a Darkstar as an ink journal, so his own proclivities are well known on the matter, but Gillian had similar thoughts too. 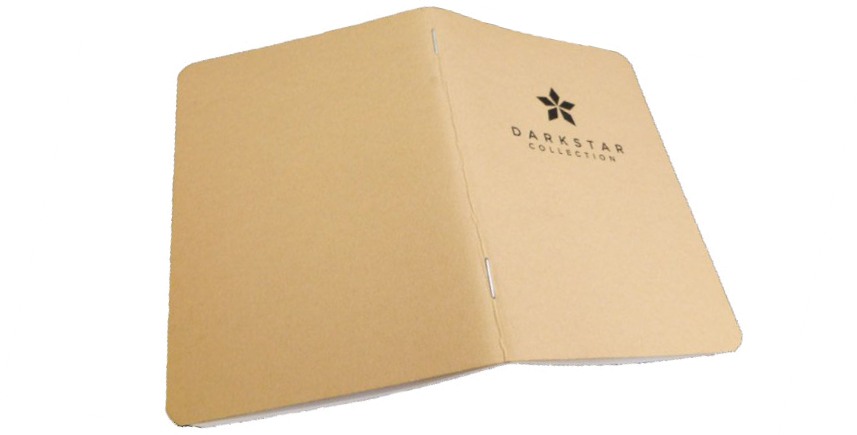 Word, Calepino, Moleskine, and Whitelines.  Fewer of our team received these, so the simplest summary is to report that Moleskine was actually not as bad as feared, and refer readers to Laura’s excellent summary (see links below).  It has to be said though, she still wants to marry the Story Supply…

Silvine Pocket notebook.  This little journal took many of us by surprise.  From the classic brand of Silvine, the pocket notebook was not only the smallest of the books offered us to take a look at, but also the one that for many of us left the strongest impression. 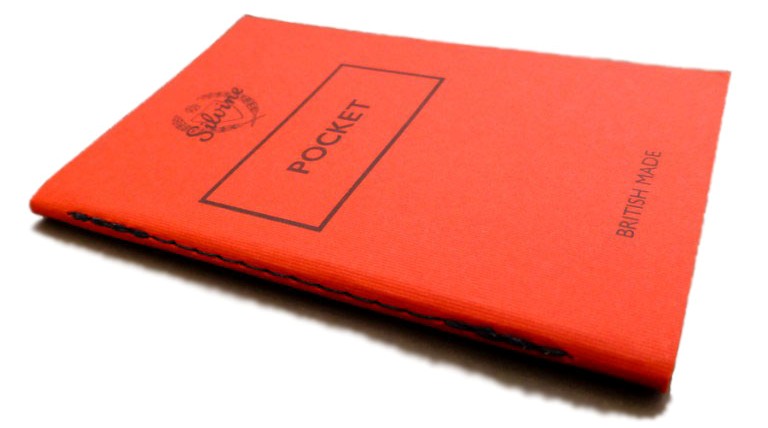 Gillian, Mateusz and John received one of these, and to be honest none had expected it to be anything all that special.  First contact soon put that assumption to the test.  The Silvine Pocket is a utilitarian notebook, every page perforated, sewn bindings (not just bound in, properly sewn), and a paper that resisted every type of feathering that we tried on it, then came back for more, all the while holding the colours perfectly.  The paper had a slight texture to it, and doesn’t quite compare to papers such as Tomoe (what does…?) when it comes to smoothness, but the textured feel encouraged writing upon it for all those who got it, and it emerged as a surprise success story for all three reviewers.

Pulp! What is it good for?  Well, as the retailer’s own slogan has it “forget the app; there’s a notebook for that”.  Twinned with a decent little fountain pen, these are great for a quick digital-free creative moment when you’re out and about. You probably wouldn’t want to write a whole novel in one, but for a bit of travel diary-writing they’re not bad either.  Plus, they signal your inherent taste and savoir-faire to any of other member of the stationery cognoscenti who you happen to encounter. Generally, a good pocket notebook is going to become a staple (even the stitched variety!).

VFM  Terrific; some of these are sold individually, others in packs of three, but you can certainly get a pocket notebook for pocket money.  The stand-out product from this meta-review, the ‘Retro Nova’, is available at Pocket Notebooks at a substantially lower price than that offered by most of our otherwise favoured stationery retailers.  The equivalent retail value of the subscription box, too, is often rather more than subscribers actually pay, and that’s not to be sneezed at.

If this isn’t quite your cup of tea, but almost…  Then you could do a lot worse than to try the subscription box concept – there’ll be new notebooks coming along on as regular a basis as you like, and one of them will probably suit your style.  Alternatively, if it’s just the size that’s the issue, there are rumours that A5 may be on the cards for similar treatment some time soon.

Our overall recommendation  If you’re a notebook floozy who flits from one paper stock to another with gay abandon, then a hand-selected box set like this can be a great way of working out which one to settle down with eventually.  For those more inclined to the stationery equivalent of the ‘silver ring thing’, read some detailed reviews of potential suitors (like Laura has provided) before taking the plunge.

Where to get hold of a box set like this  www.pocketnotebooks.co.uk

Thanks to  Stuart at Pocket Notebooks for getting a great selection of his wares out to our team!