A little bit of history:  The Manuscript Pen Co Ltd are based in Shropshire, where they have been producing nibs and calligraphy pens since 1856. Despite their vintage they evidently love coming up with new products and this holder with interchangeable leads set is one of their latest. 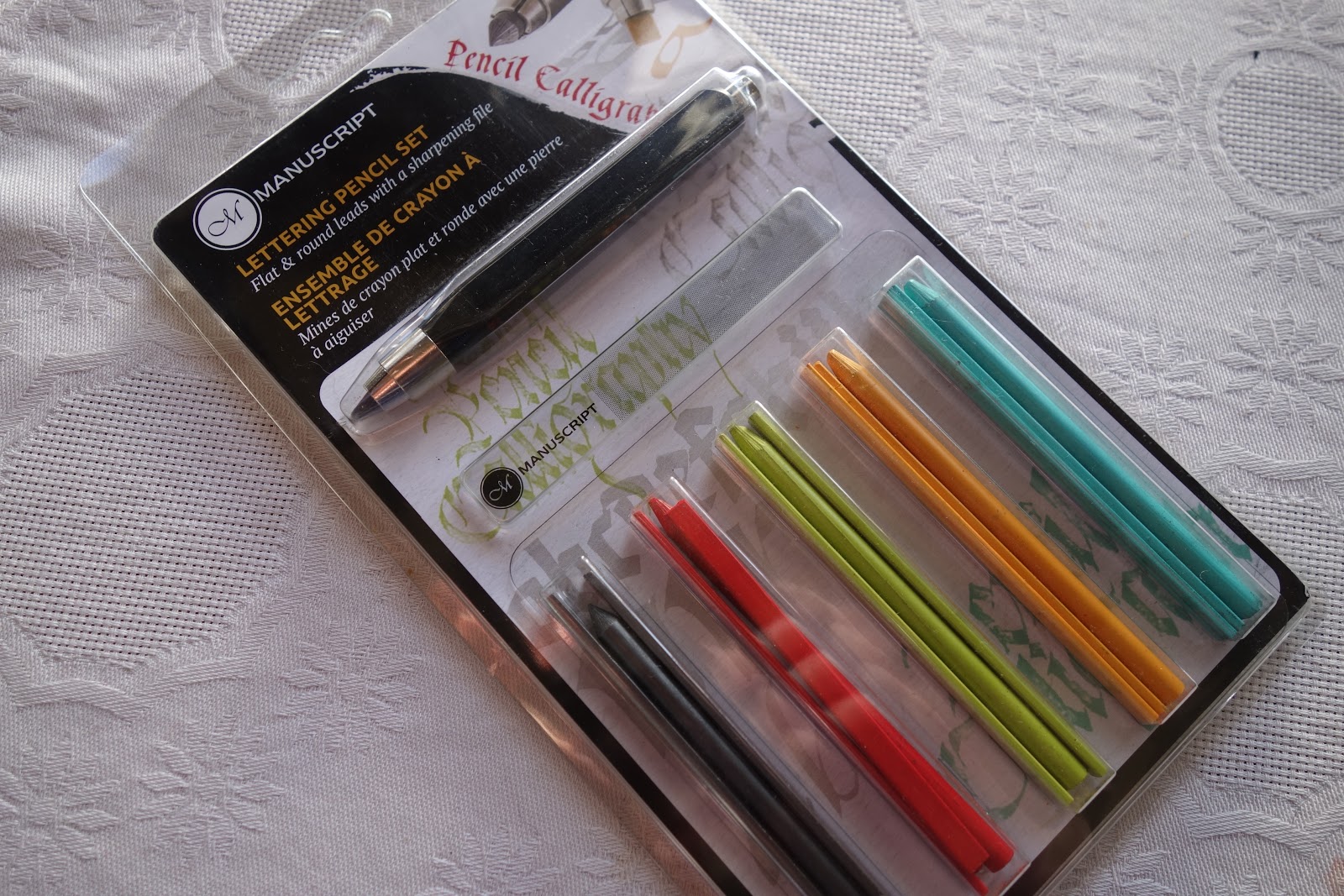 How it looks:  The big pack arrives in one of those tricksy-to-open plastic blisters, packed with everything that you need to get cracking on your pencil calligraphy; a lead-holder, five different lead colours (including graphite) for you to play with and a nifty glass ‘sharpener’ to help you keep a good edge on your leads. There’s also a more select pack for those who just want a lead-holder and some italic graphite.

Crucially, how it writes:  Uniquely! When have you ever seen big wide italic lead before? It takes some getting used to, and perhaps as a factor of the rectangular manufacturing  process the graphite/crayon is remarkably hard. While our reviewers had fun with it and it DOES work, some felt that their own calligraphy skills were not good enough to show the product off to its best advantage. The coloured lines produced were quite faint. So, while it could be fun for kids, a concern might be whether the results will look smart enough to encourage them to take calligraphy further. However, a good calligrapher could create something special with this. 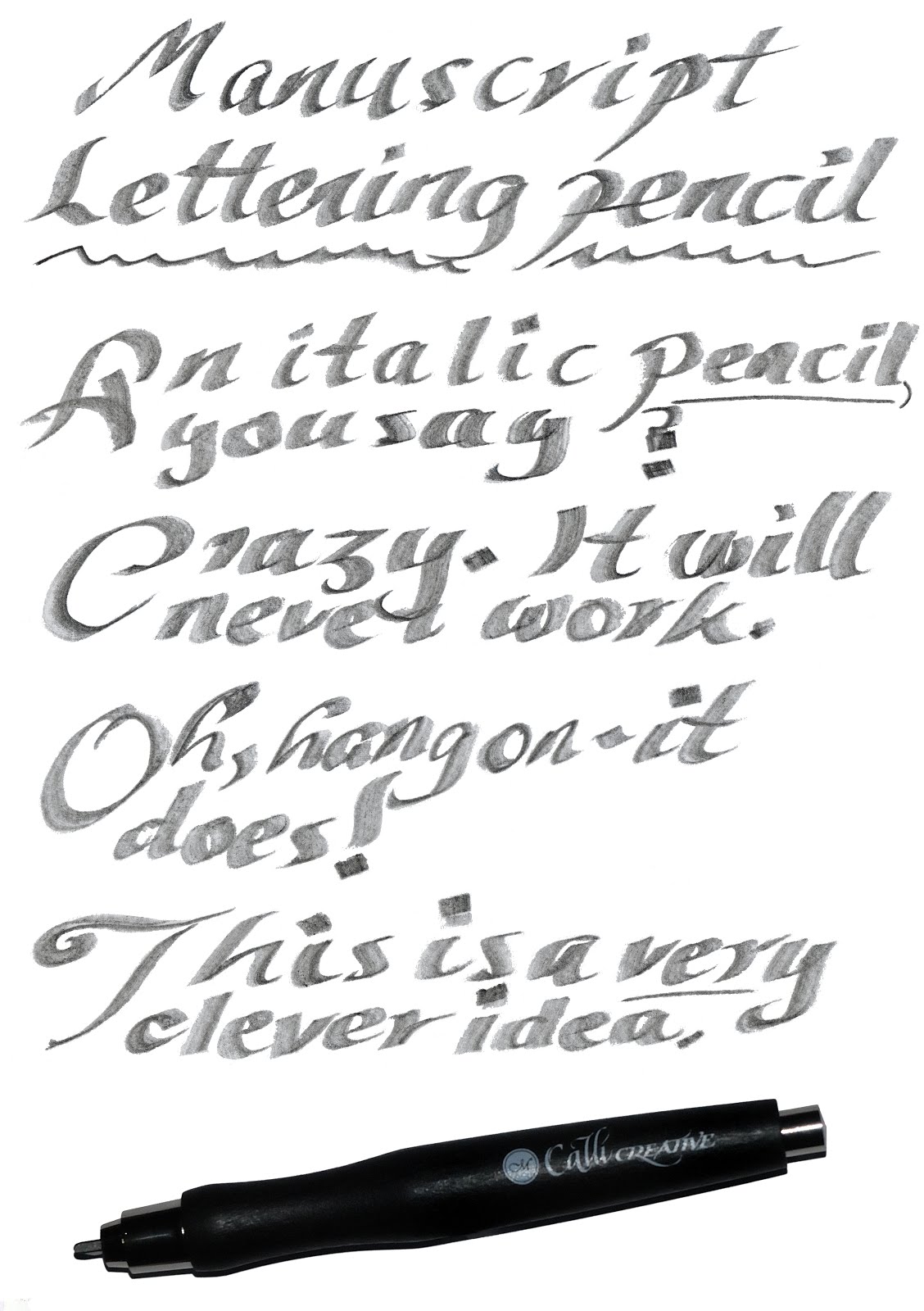 Lead! What is it good for? It’s an innovative product that offers a less messy way for beginners to try their hand at calligraphy. It could be especially fun for children and using the coloured leads instead of inks means that parents can relax without worrying about their soft furnishings being ruined.  In the hands of a good calligrapher, the results from this pack could be a contemporary blend of the rustic and the stylish. 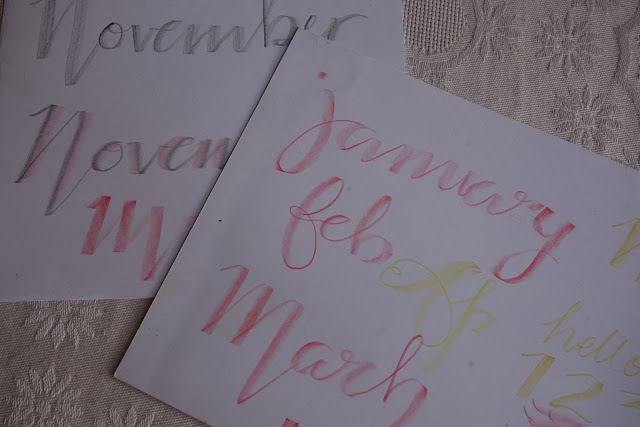 VFM: At the moment, a version of this product can be purchased from John Lewis for £20.00. We think that’s quite steep for a pencil, but also not crazy money for a product as unusual as this.

If this isn’t quite your cup of tea, but almost: then why not try calligraphy with an ordinary pencil? Any pencil that is blacker, rather than harder (ie B rather than H) will be fun to try calligraphy with. Try anything from 2B to 5B or maybe 6B. But watch out for smudges! The softer the lead, the more smudges you can make, so protect your paper as you work. Or just let the kids go crazy – the choice is yours!

Alternatively, it is possible to buy the italic leads on their own from Manuscript direct, and they should work with any 5.6mm lead-holder you already have.

Our overall recommendation:  The Manuscript Calligraphy Lettering Pencil is a fun and innovative product for a style of writing that has remained popular for hundreds of years.  In the hands of a good calligrapher it could perform marvels – but we think caution is advised for beginners, as if your lettering skills aren’t that wonderful, the initial results may leave you less than enthusiastic to pursue calligraphy further. 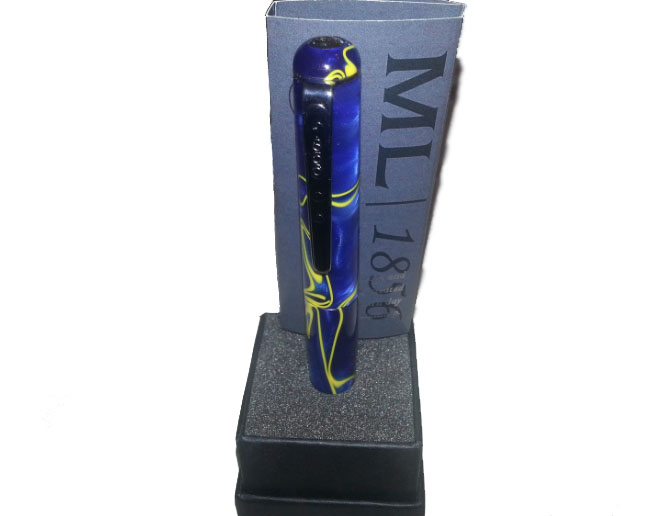 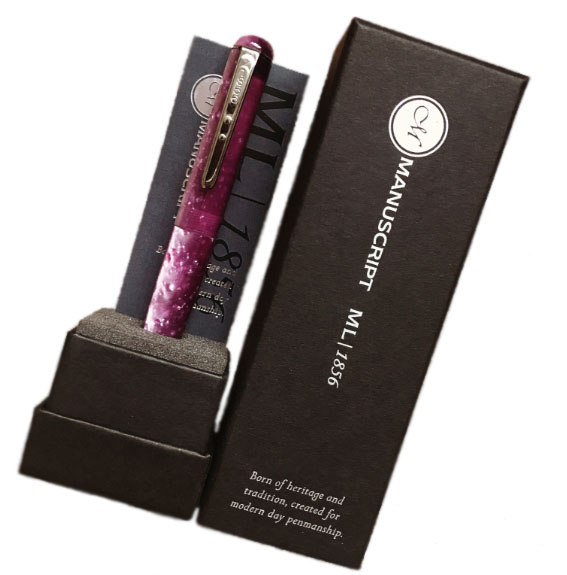 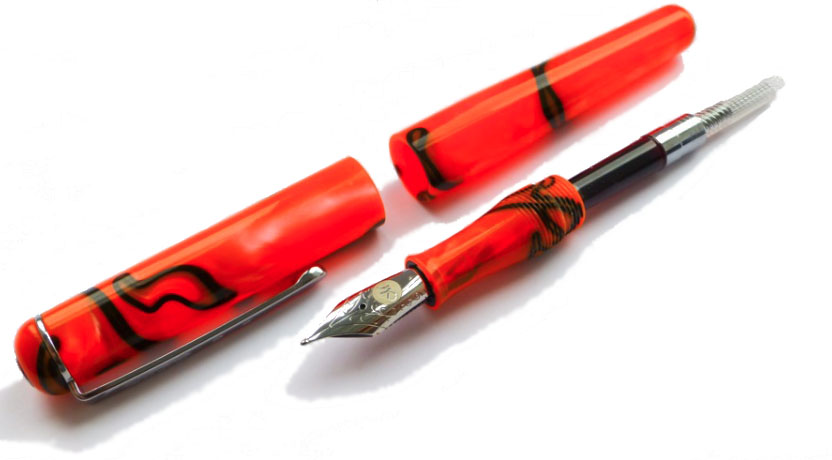 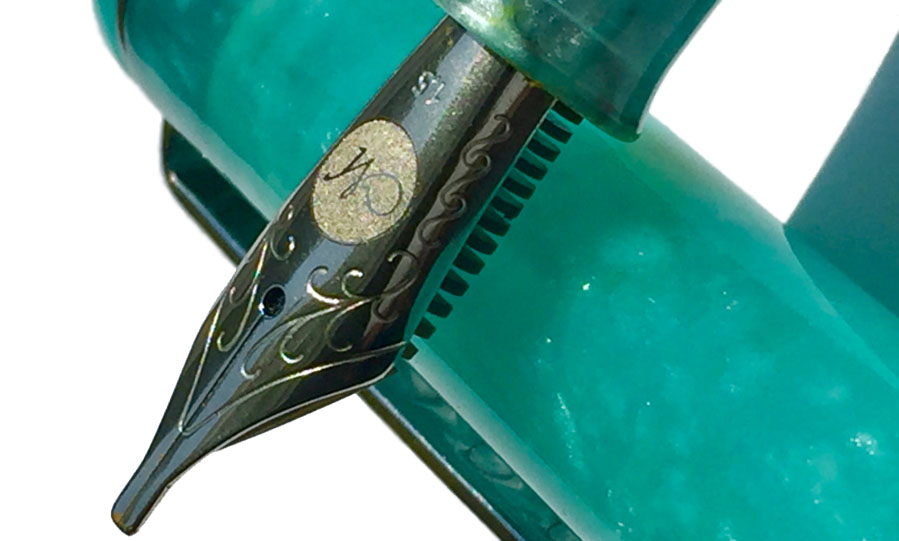 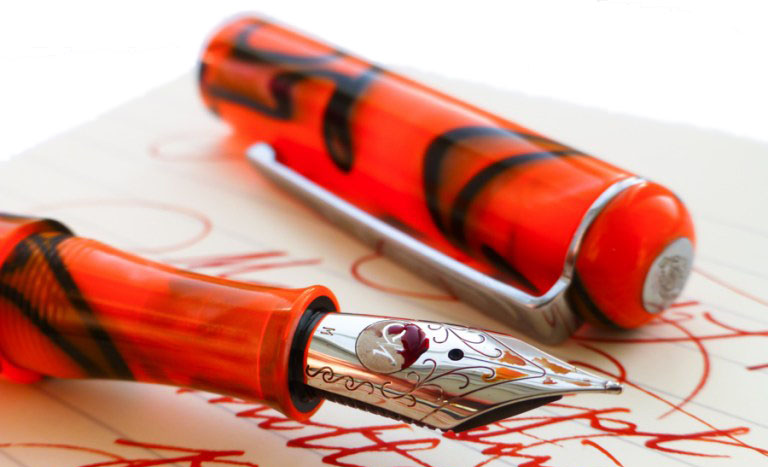 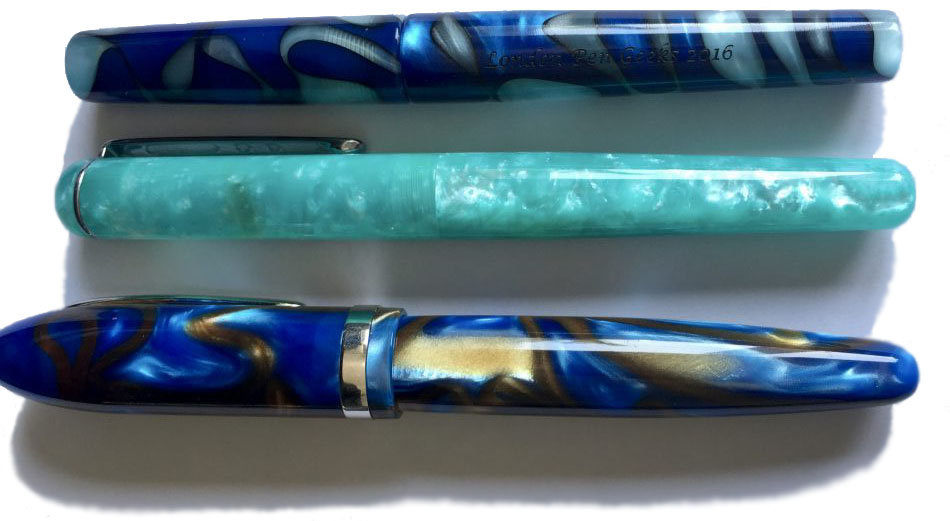