A little bit of history  The pocket pen used to be a veritable institution, albeit a sexist one. The assumption was that a big ‘manly’ pen would not fit into the small, unaccommodating sort of pocket with which ladies’ attire was furnished, and so in the early twentieth century many a manufacturer competed to fulfil this niche demand, in a manner which was, infuriatingly, both aesthetically pleasing and massively patronising. Nowadays such nonsense no long prevails and a pocket pen is a handy thing for anyone who likes pens and has, err, pockets. But slung into the side pocket of a pair of jeans, for instance, it’s going to take some punishment  – so Ian Schon, an enterprising Philadelphian, set out to engineer a durable solution.

How it looks  It’s a short featureless tube, basically. If you’re still stuck in gender discrimination mode, it could conceivably be mistaken for a portable mascara applicator, or an emergency Spitfire cockpit canopy removal tool. Obviously these are both foolish misperceptions, but such is the fate of the common-or-garden dinosaur. The rest of us can either polish the brass or let it elegantly corrode (‘patina’ is a lovely euphemism for brass rust, isn’t it?), while wondering what lurks within. 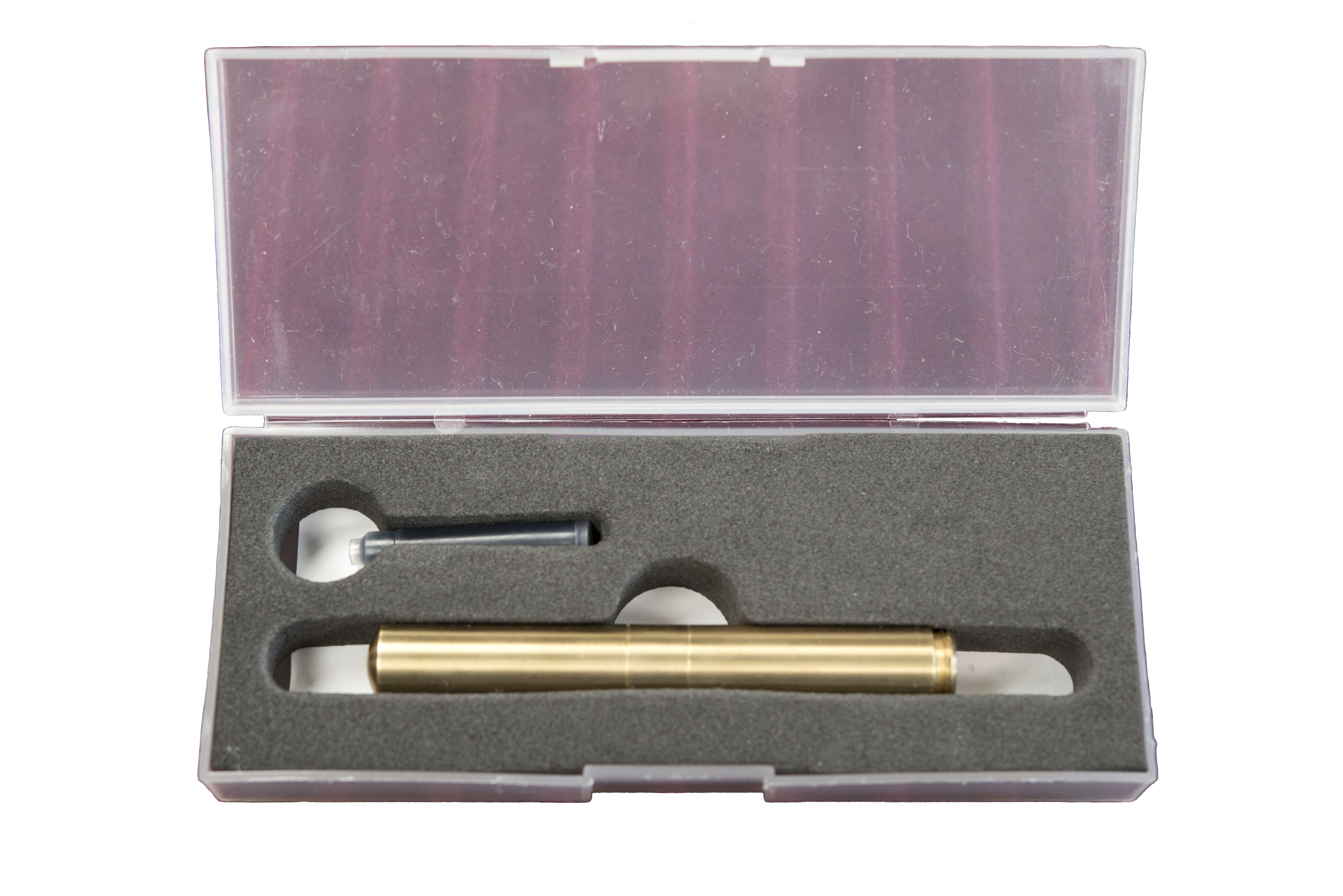 How it feels  Heavy, obviously – it’s made of brass. No messing (k-bmm, tssk!). But when the Pocket 6 is fully assembled, which is easy enough with the screw-in cap posting arrangement, it both looks and feels like a fairly full-sized pen. If the weight is a bother, which it seemed to be for some of our reviewers, then lighter aluminium versions are also available – with some eye-popping paint jobs.

How it fills  This is a straightforward ‘short international cartridge’ affair – although there is always the trusty syringe for added variety.

Crucially, how it writes…  Pretty well, for this has a nice big #6 steel JoWo nib. Very few pocket pens house a full #6, and indeed only the Kaweco Supra comes close, so this is the essential MacGuffin which makes the Pocket 6 so unusual – and, obviously, which provides its name.

Pen! What is it good for?  Errm, putting in your pocket, maybe? It will take some bashing-about and still write well when you need it to – although the time involved in reassembling the pen before writing might not make this the ideal jotter for very quick notes. 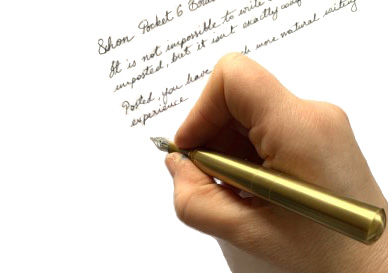 VFM  Reasonably competitive. in our view. With price tags usually well into triple figures this is certainly not cheap, but for a well-engineered and meticulously produced pen which is likely to outlast most purchasers, it’s certainly no rip-off either. 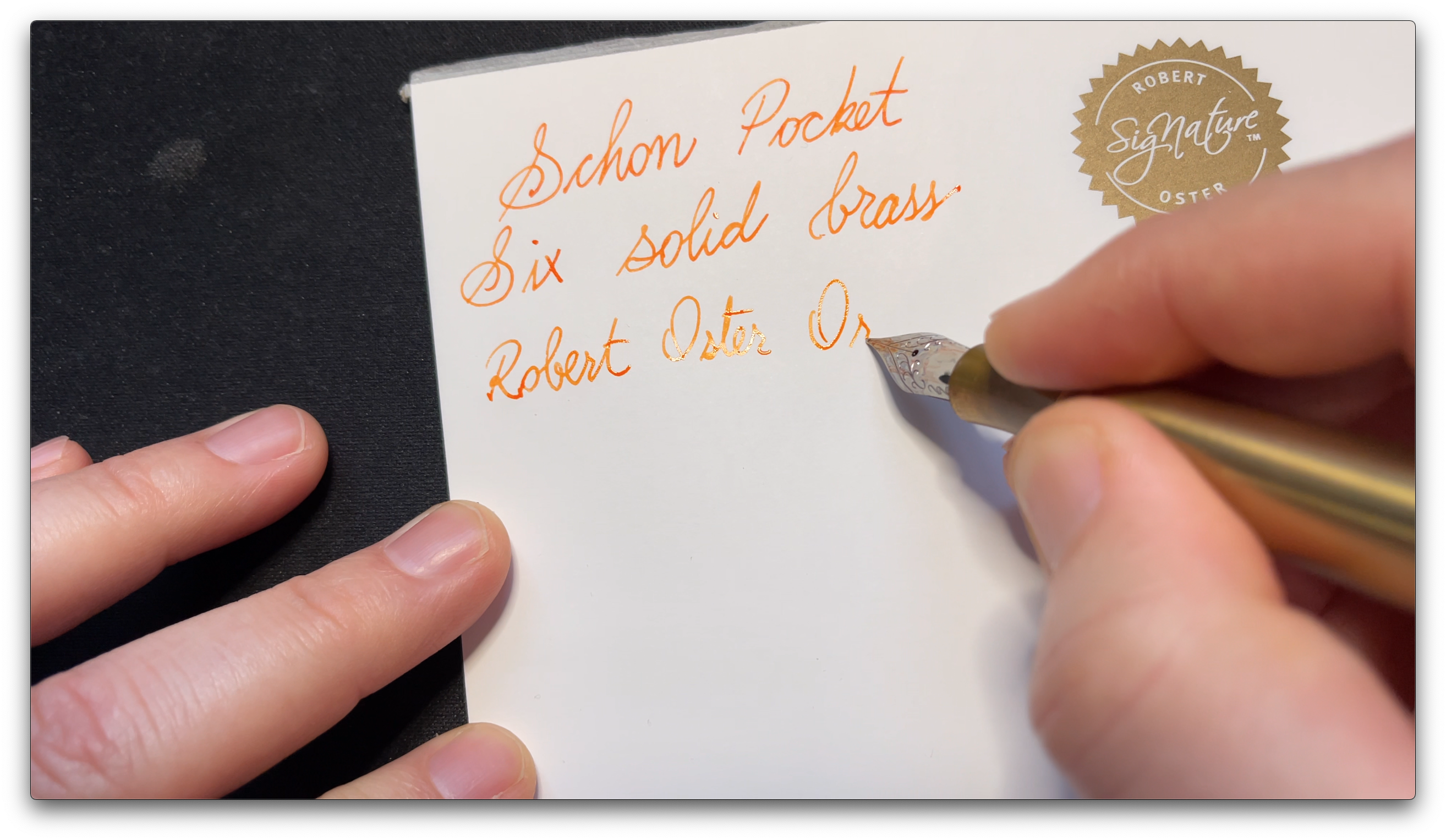 The only way is ethics  These are made by Ian Schon himself, without masses of added packaging  and with no obvious risk of poor labour conditions.

If this isn’t quite your cup of tea, but almost…  The Kaweco Supra, without the extension tube, does a similar job – albeit with a Bock nib instead.

Our overall recommendation  If you want a pocket pen which last for a century and has a ‘proper’ nib on the front, this does the job in style. Just beware that the brass version is hefty, and the aluminium version seems to be very popular too, quite possibly for that reason.

Where to get hold of one  Ours came from Nero’s Notes, but in the UK Izods also stocks them.  Alternatively, you could go straight to the source.

Thanks to  Nero’s Notes for furnishing us with this remarkable pocket pen. 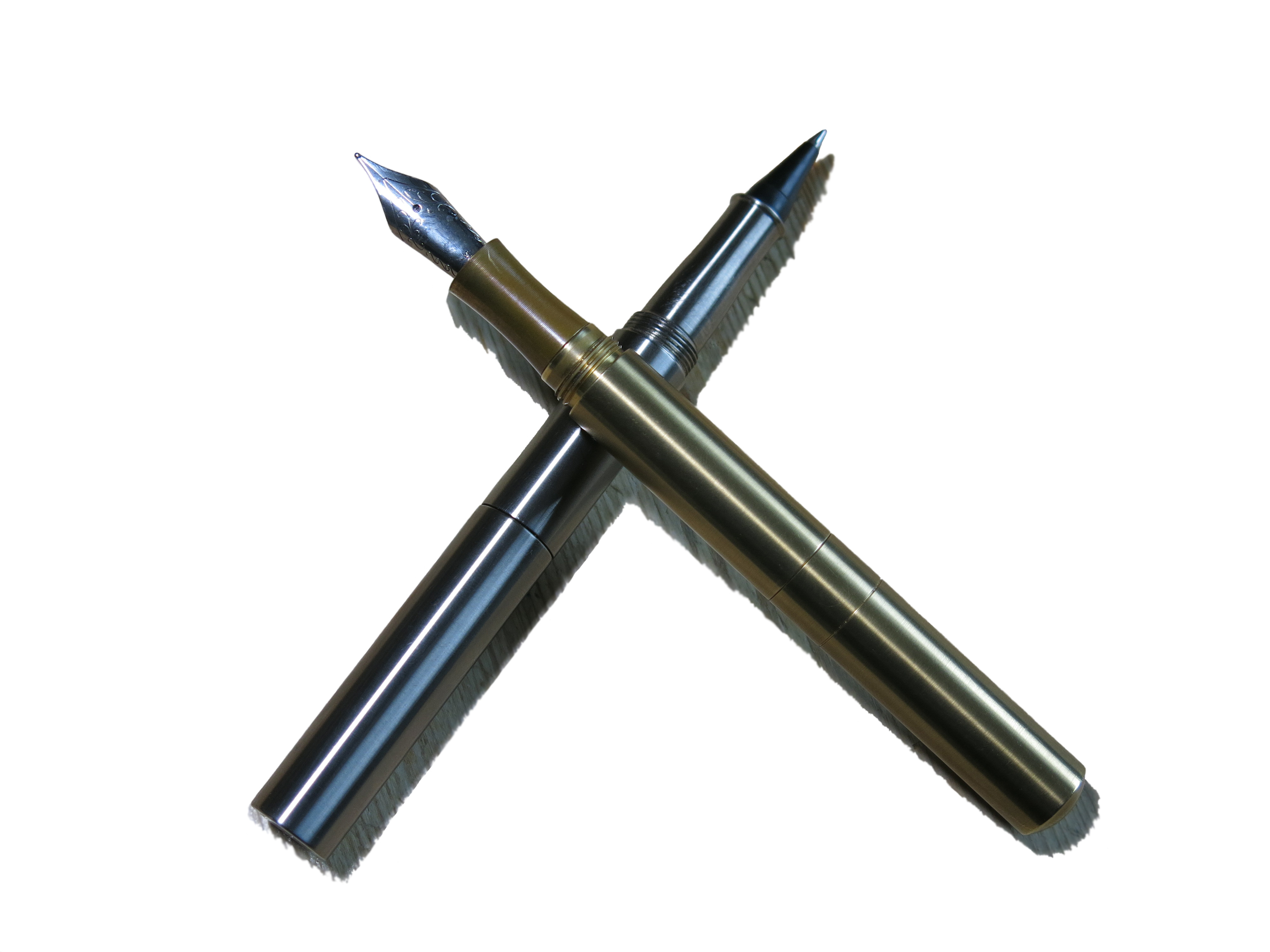