A little bit of history  If you’re a fountain pen fan, you’ll know about OMAS – and you’re probably also still missing that venerable Italian brand. But by now you might also know that some of its staff stayed on in the home city and set up Scrittura Bolognese, or Scribo for short. They make the curvaceously pulchritudinous Feel, but they are also up for making ‘private label’ pens for other stationery brands – an offer Write Here were the first to take up. Their ‘WH special’ has been available in various hues for half a decade now, so we have been meaning to get around to this meta-review for erm, quite a while. Eventually the Tropea finish looked impossible to resist.

How it looks  The shape of the pen is fairly unremarkable, albeit nicely executed with a sturdy clip. The colouring, though, conjures up a red onion skin very well indeed – which is what the town of Tropea is famous for, after all. We could venture off on a diversion into Italian food here, but you get the gist. It’s tasty. Unfortunately for us bloggers, it’s also nigh-on impossible to do justice to with a camera; you really have to see this in the flesh to get a proper sense of the material.

How it feels  Sturdy, but not overly heavy. Large, but not uncomfortably so. Just right, actually; it’s a pen made for people who really want to write – which might sound obvious, but we do come across a few pens which seem to have been produced more as eye candy than writing implements. This, though, is a serious pen for serious pen people (with, admittedly, serious pen budgets). The Scribo nib makes it a more tactile experience to write with, too; this thing really bounces. 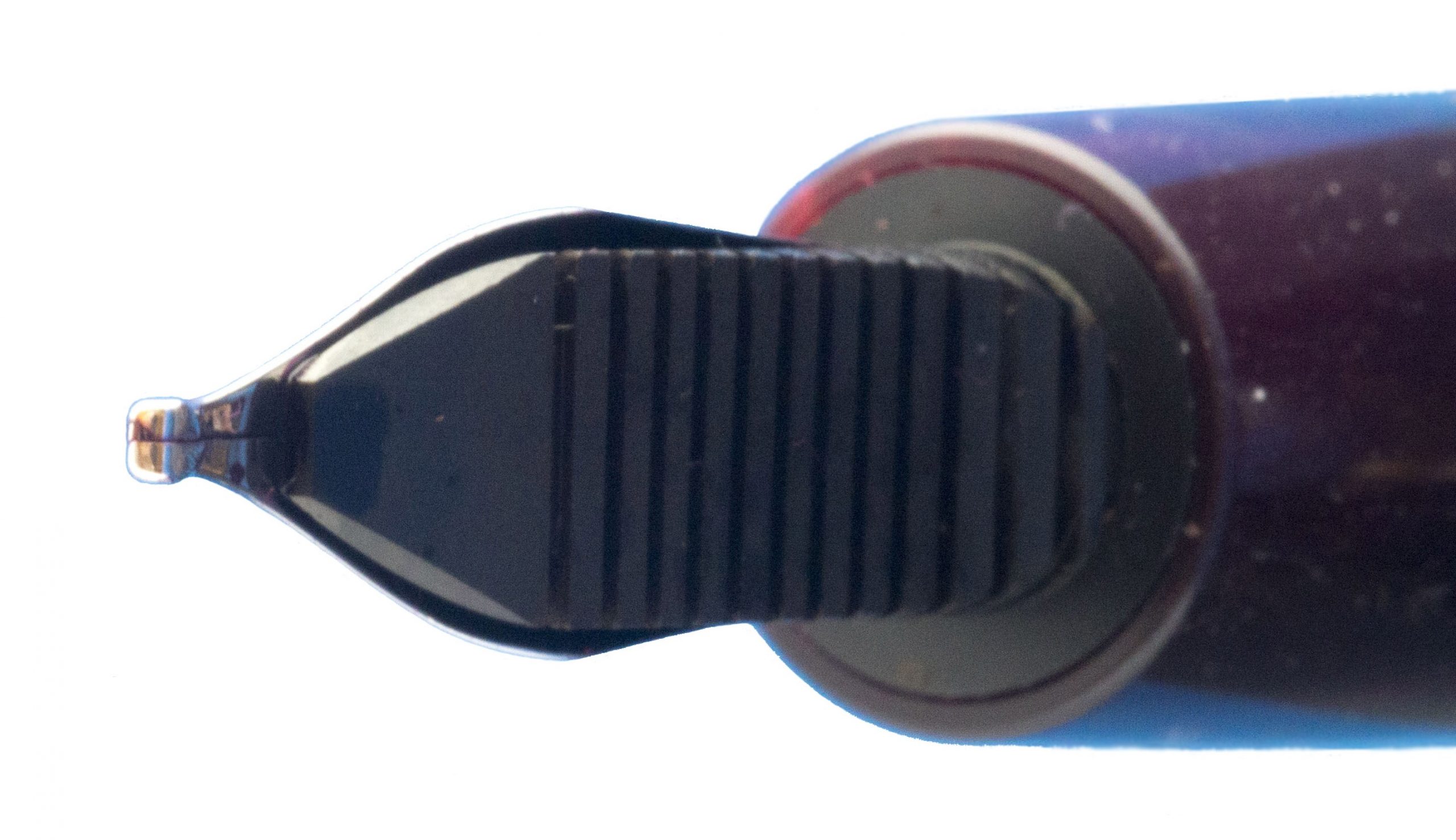 How it fills  This is a proper piston-filler, which works smoothly and holds enough ink to keep going even with a big wet nib – which is just as well…

Crucially, how it writes…  This particular Tropea is fitted with a big 18k ‘standard’ broad italic. It’s standard only inasmuch as it is not the extra-flessibile 14k which Scribo (and OMAS) devotees prize so highly – but there’s certainly nothing ordinary about it. This is not stiff gold, by any stretch of the imagination, so there is plenty of natural line variation and bounce. Astonishingly, the feed can keep up, too! Writing with this is quite the experience, and puts a LOT of ink down on the page. Great if you have a rather extrovert style of writing, although it can be a bit of a handful if small, neat lettering is more your thing. 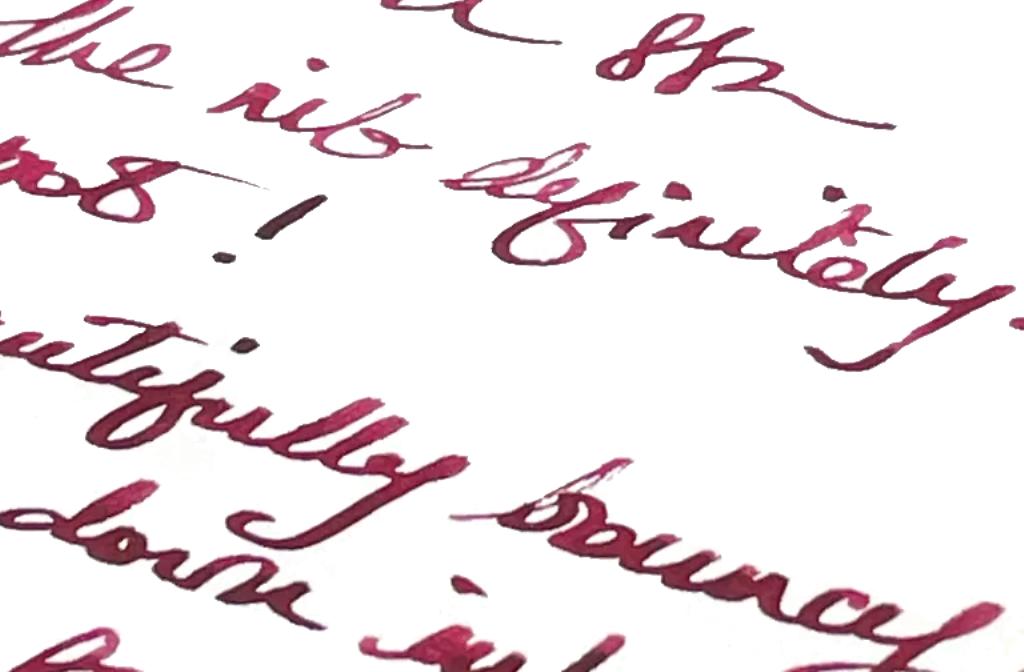 Pen! What is it good for?  The Scribo WH special is designed as a practical every-day writer’s pen, although this particular italic nib makes such a bold mark on the page that it’s hard to imagine many business uses. This is probably just too much fun for the office, but for funky correspondence, audacious recipes, daring diaries, trenchant critiques of the imminent demise of western civilisation and such-like it’s probably just the ticket.

VFM  Well, it’s not cheap, it must be acknowledged; the configuration we tested retails at £590, which is a fair bit of cash for a writing utensil. But a soft italic nib is a rare thing, and this is such a treat to write with that if you do have such sums to hand, there are certainly far worse ways to spend it. The ‘mainstream’ alternative options at this price point won’t win you as many admiring glances from penthusiasts and hot pangs of jealousy from disappointed ballpoint-wielders, that’s for sure. 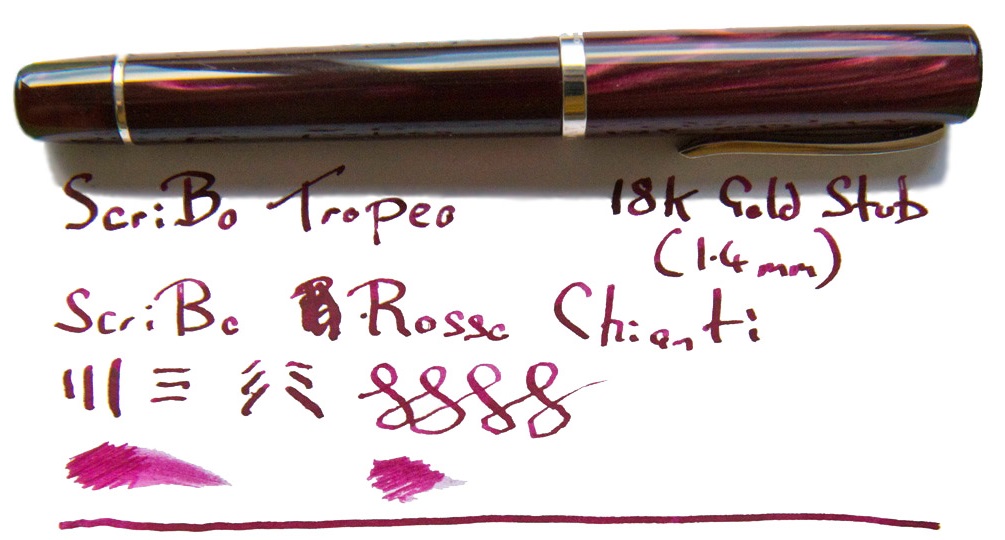 The only way is ethics  Hand-made in Italy, by people you can email and get a reply from, this is looking like a pretty sound choice on the ethical front too. The packaging doesn’t include too much disposable content, either; you’ll probably want to put the admirable Scribo pen wrap into use.

If this isn’t quite your cup of tea, but almost…  The Scribo Feel is worth a look if you prefer a less cylindrical sort of experience but still want one of these extraordinary nibs – or if you want even more curves, try La Dotta.

Our overall recommendation  Try one in the flesh – and if you like it (which, be warned, you probably will), start saving!

Where to get hold of one  Write Here in Shrewsbury – or via their website. 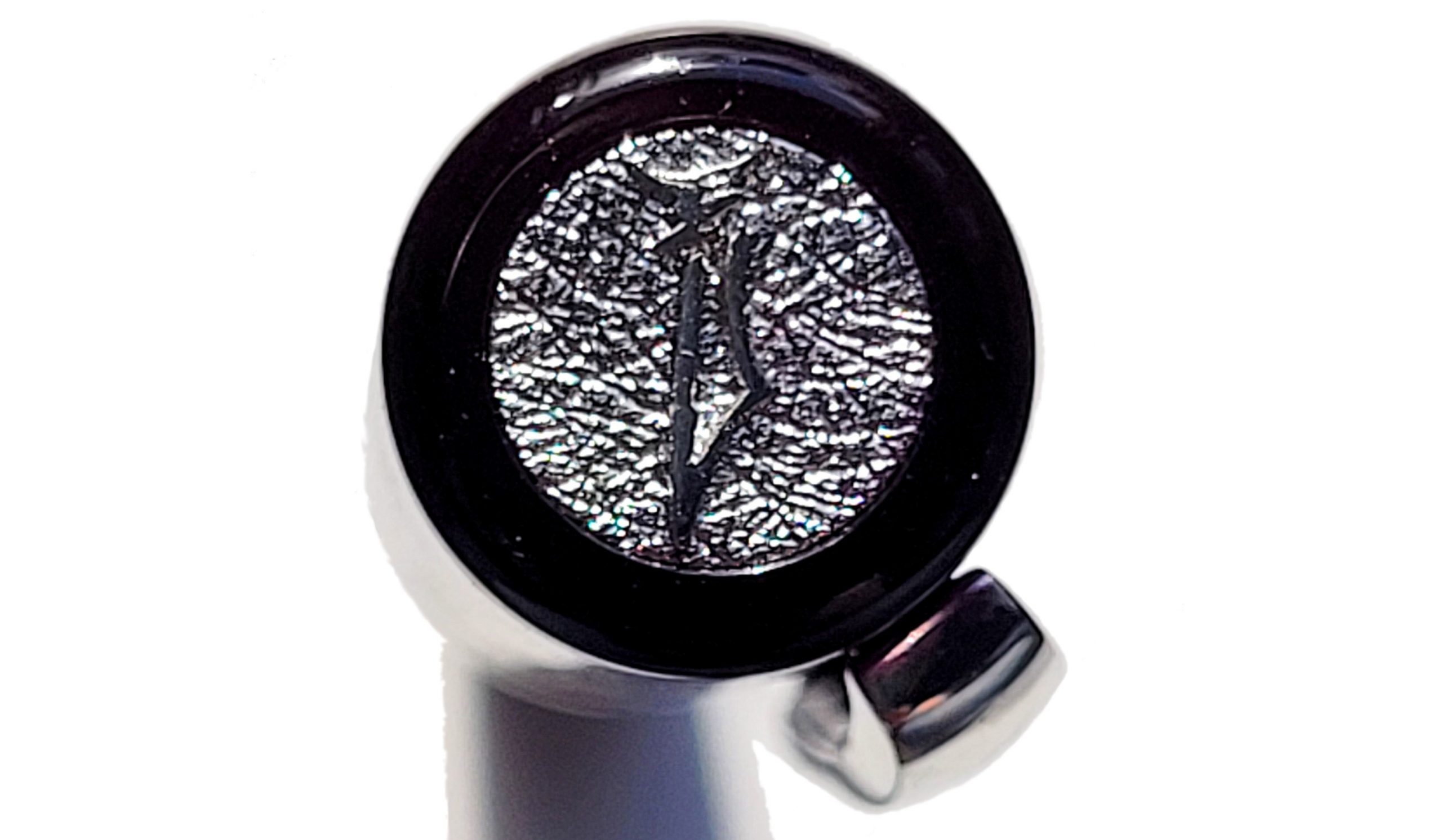 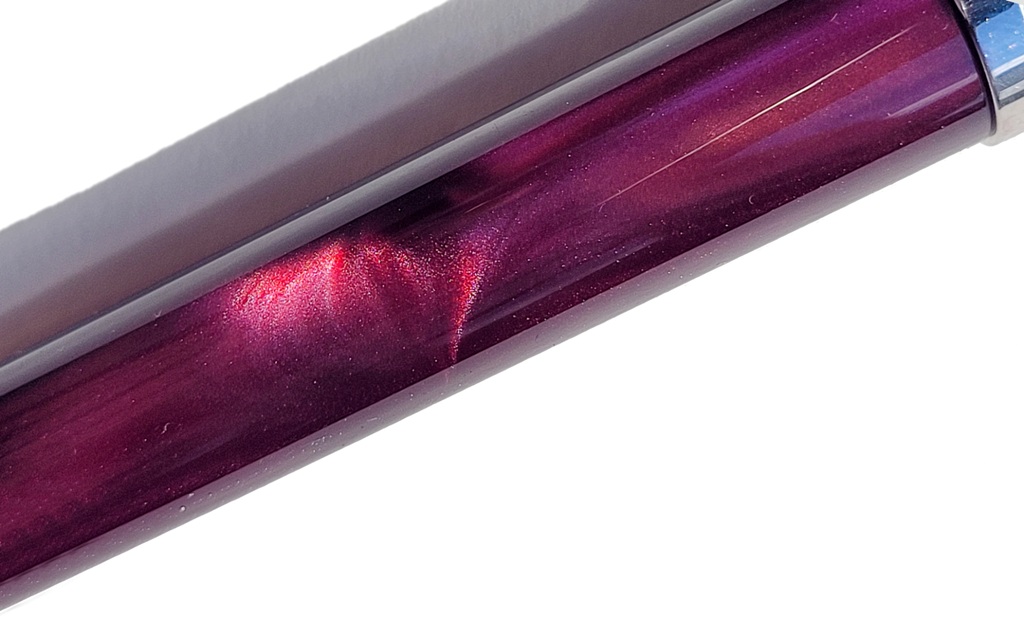 Thanks to  Write Here for sending the Tropea our way. 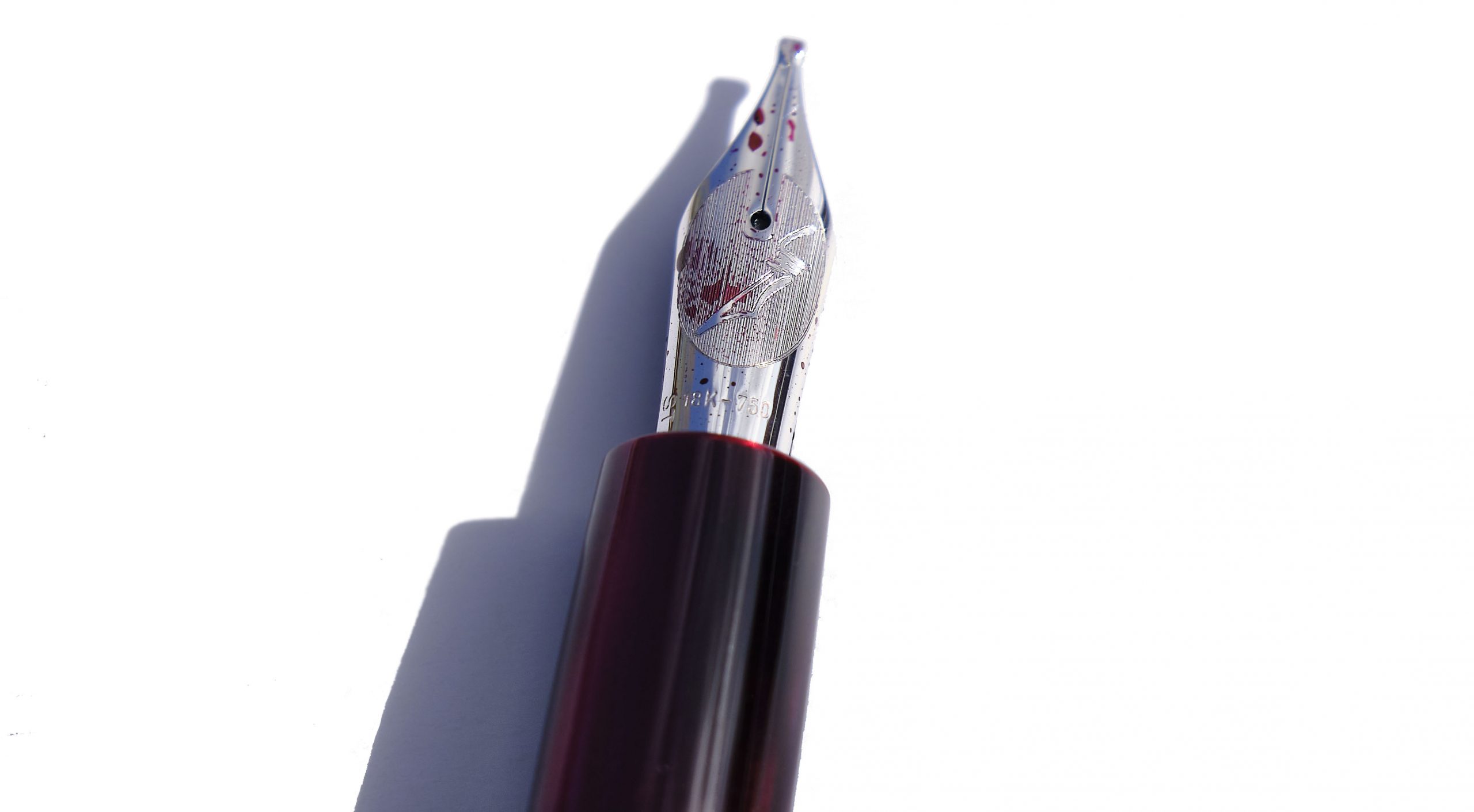