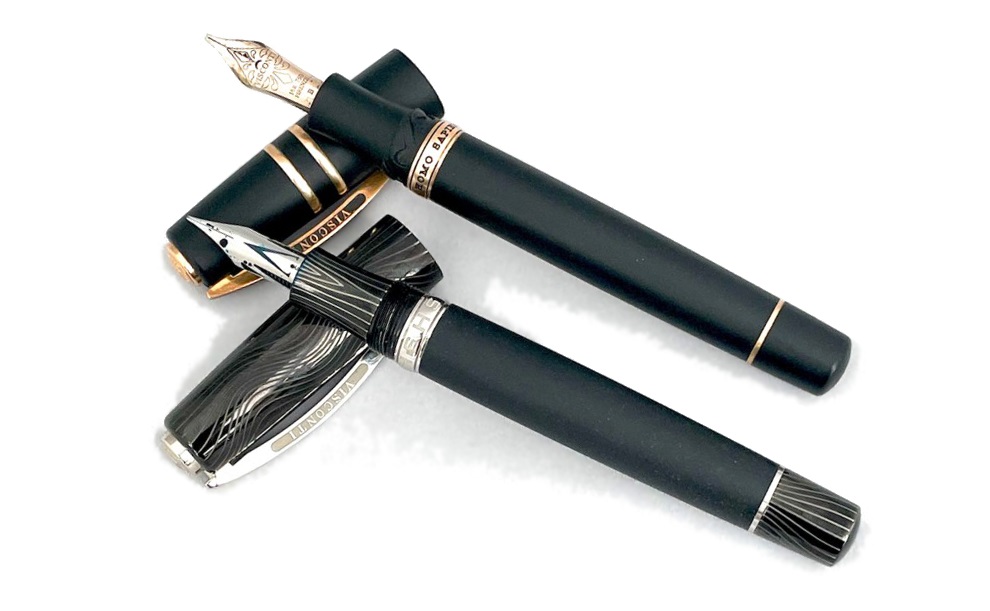 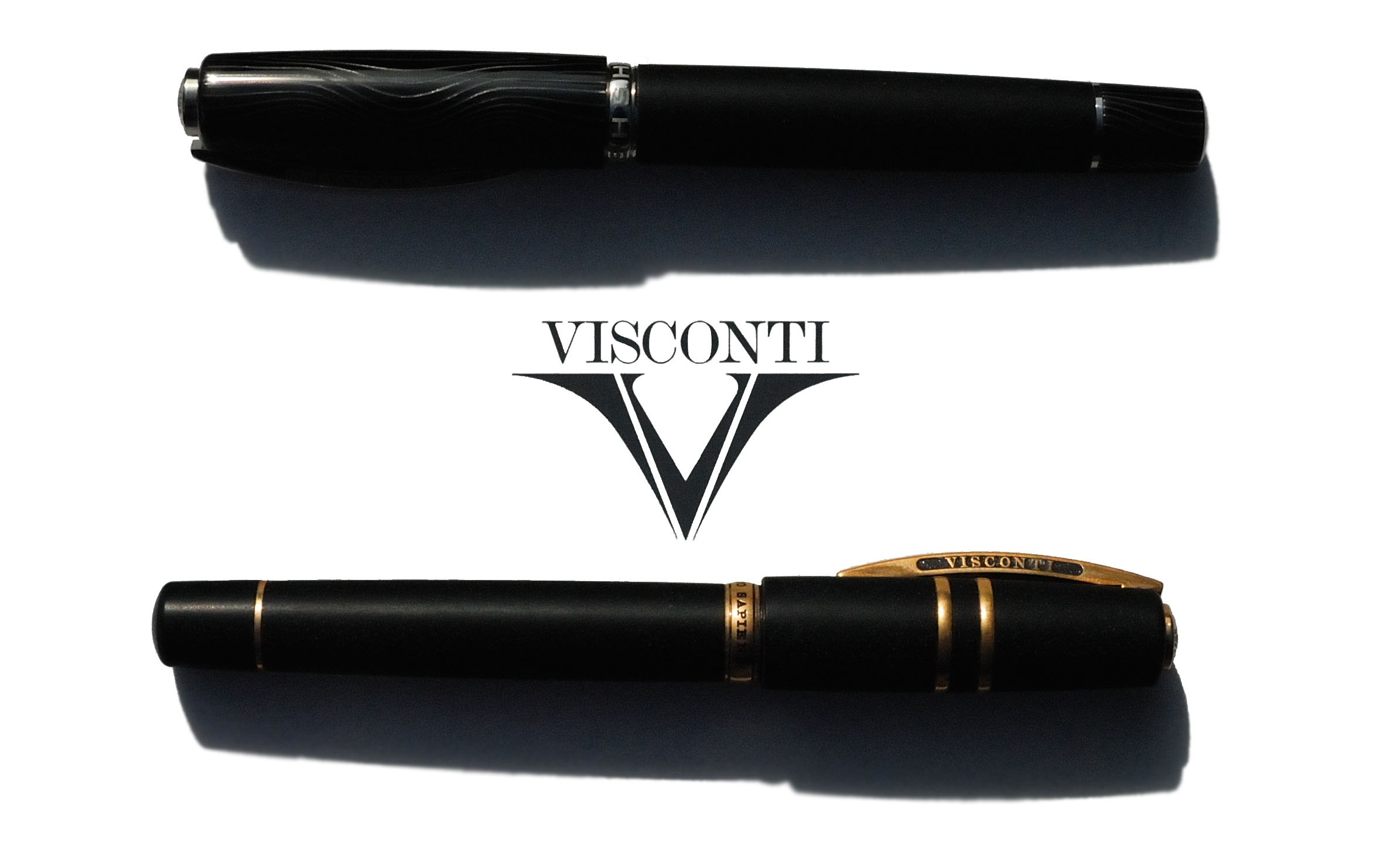 A little bit of history Our species are not the first terrestrial hominids to make art, and therefore conceivably not the first to use a device like a pen for making marks. But we are, in all probability, the first on this planet to invent copperplate, so it’s perhaps not too bold for Visconti to name a pen design after us. Sed – ecce! – inter homi sapientes, de gustibus non est disputandum. We therefore did our best not to argue too much. 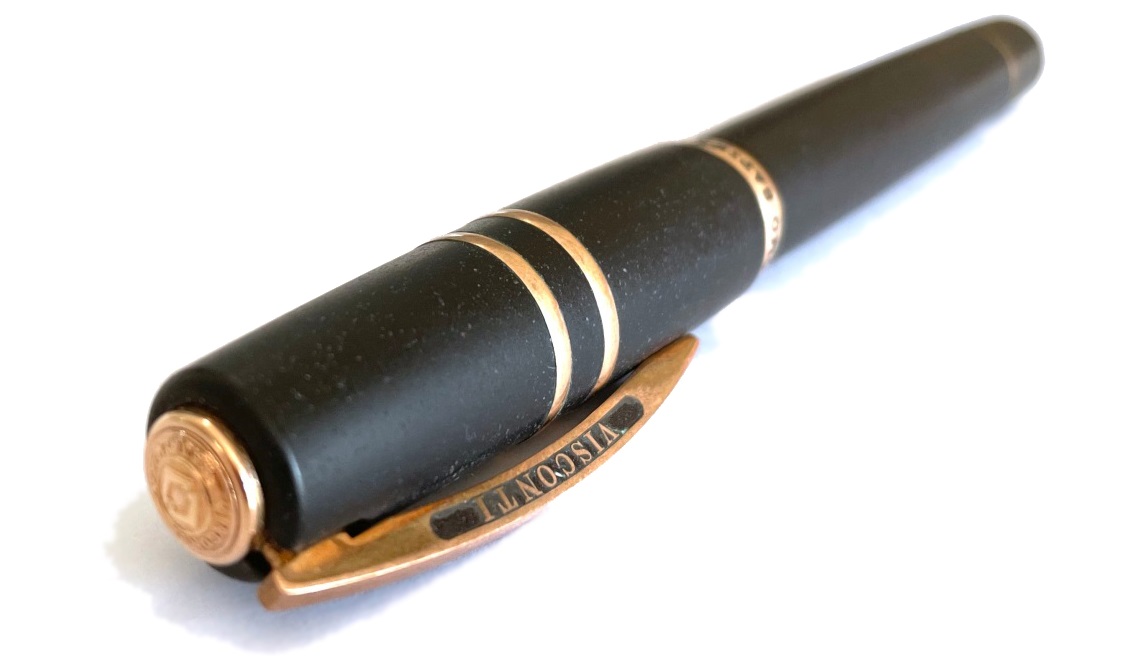 Quite a mountain of history, actually Back in the 1970s, steady-state Luddites fought against two intellectual movements and lost twice, first to the constant expansion of the universe and then, down here on Earth, to plate tectonics. But our story starts about half a million years ago when the slow-motion collision of the African and Eurasian plates caused the growth and repeated eruptions of a stratovolcano known to successive civilisations as Etna. It’s held a place in myth and legend ever since, including as the prison of the monstrous Typhon, and as the source of much of Sicily’s soil has been ruled over by Greeks, Carthaginians, Romans, the offspring of King Rollo (no, really) and, for a brief but toothsome interval, a revolutionary squashed-fly biscuit. Etna also chucks out plenty of lava, of course, and Visconti gamely set out to make something of it. 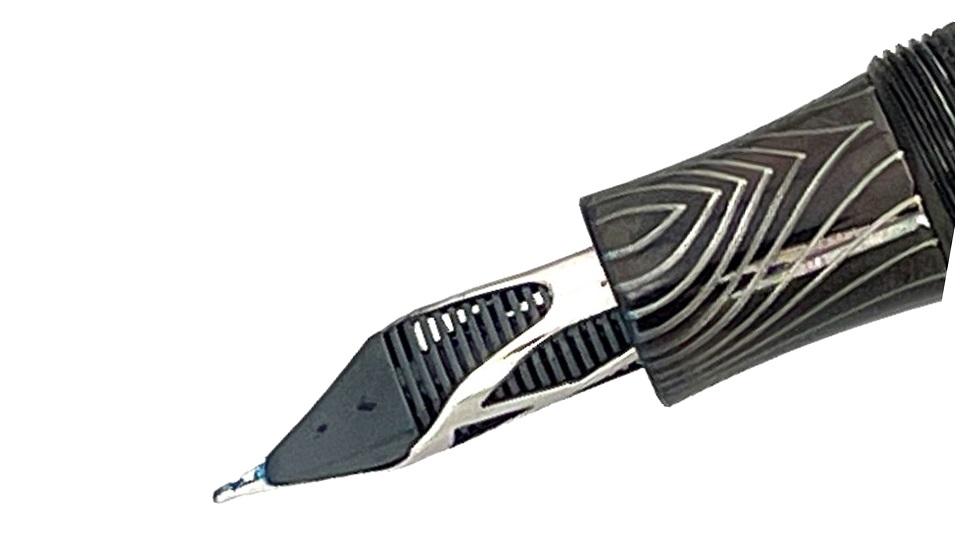 How it looks  The classic Homo Sapiens look is a black basaltic tube with a few metal rings and the signature Visconti bowed clip. If it’s under-stated in its usual dress it can be a lot more exotic as a special edition, and we were lucky enough to get our hands on a curious ‘special’ indeed, the Evolution – which looks like a Klingon tool for signing instantly broken peace treaties. 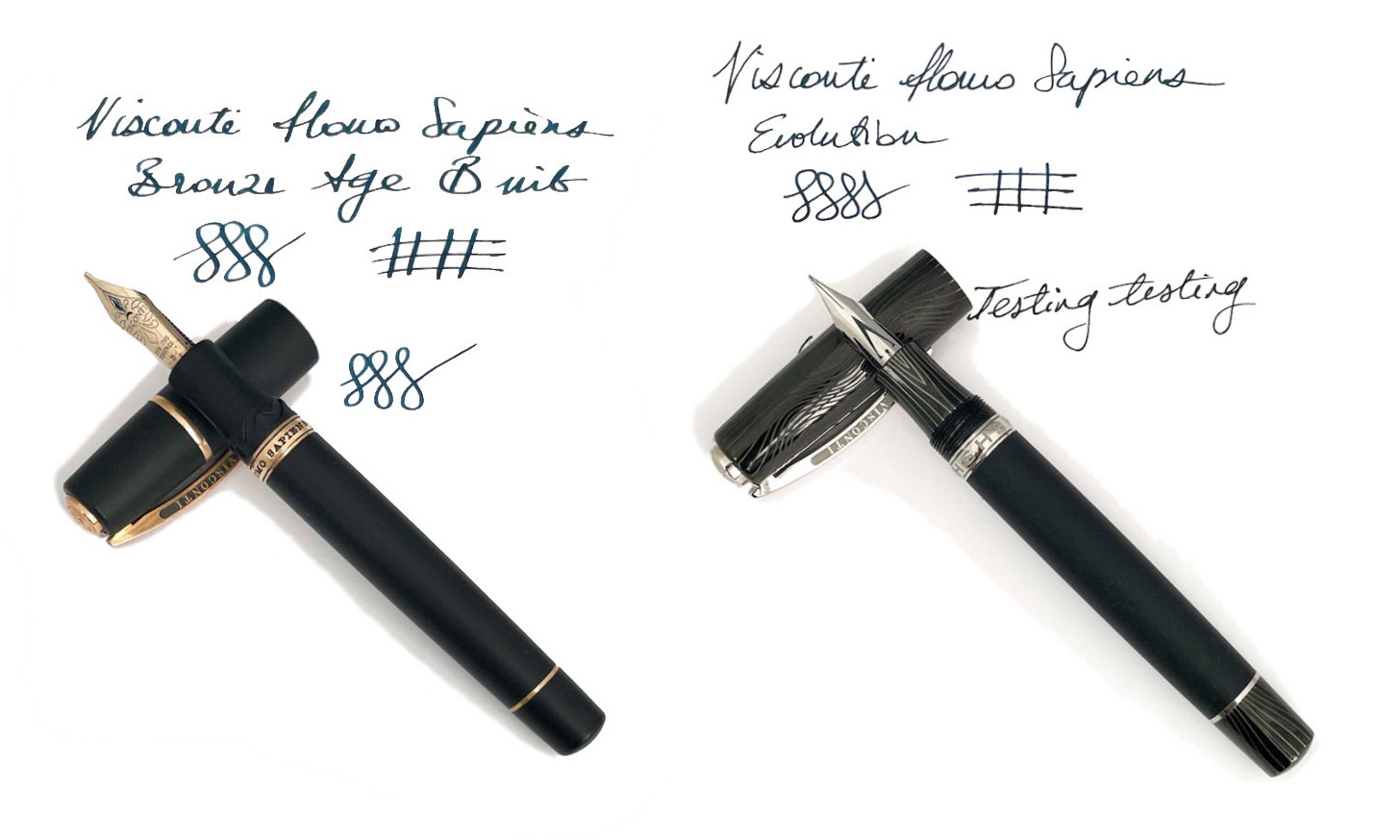 How it feels  Sizeable, fairly hefty but not ridiculously heavy, for most of our reviewers. Most is not all, mind; at least one of our panel put the pen on the scales and declared it too weighty to live with. The clever bayonet closure (NB, not present on the Evolution) makes for a comfortable grip, though, and the weight is well-distributed. Visconti makes bold claims about the barrel material being hydroscopic, so that it still has a grip in sweaty hands, and although this is perhaps better tested in the summer it does seem to work quite well in practice. 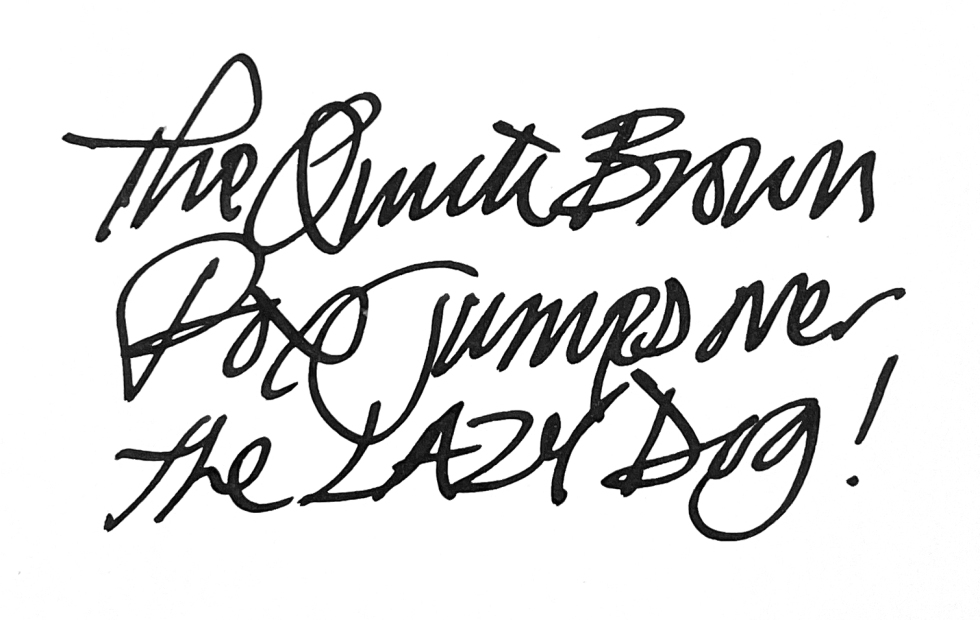 How it fills  This is a vacuum-filler, and it sucks in a voluminous gulp of scribbling juice without much effort on the user’s part. There’s no way to use cartridges, of course, but if you’re in the market for a pen this pricey a bottle of decent ink is unlikely to exceed the budget. 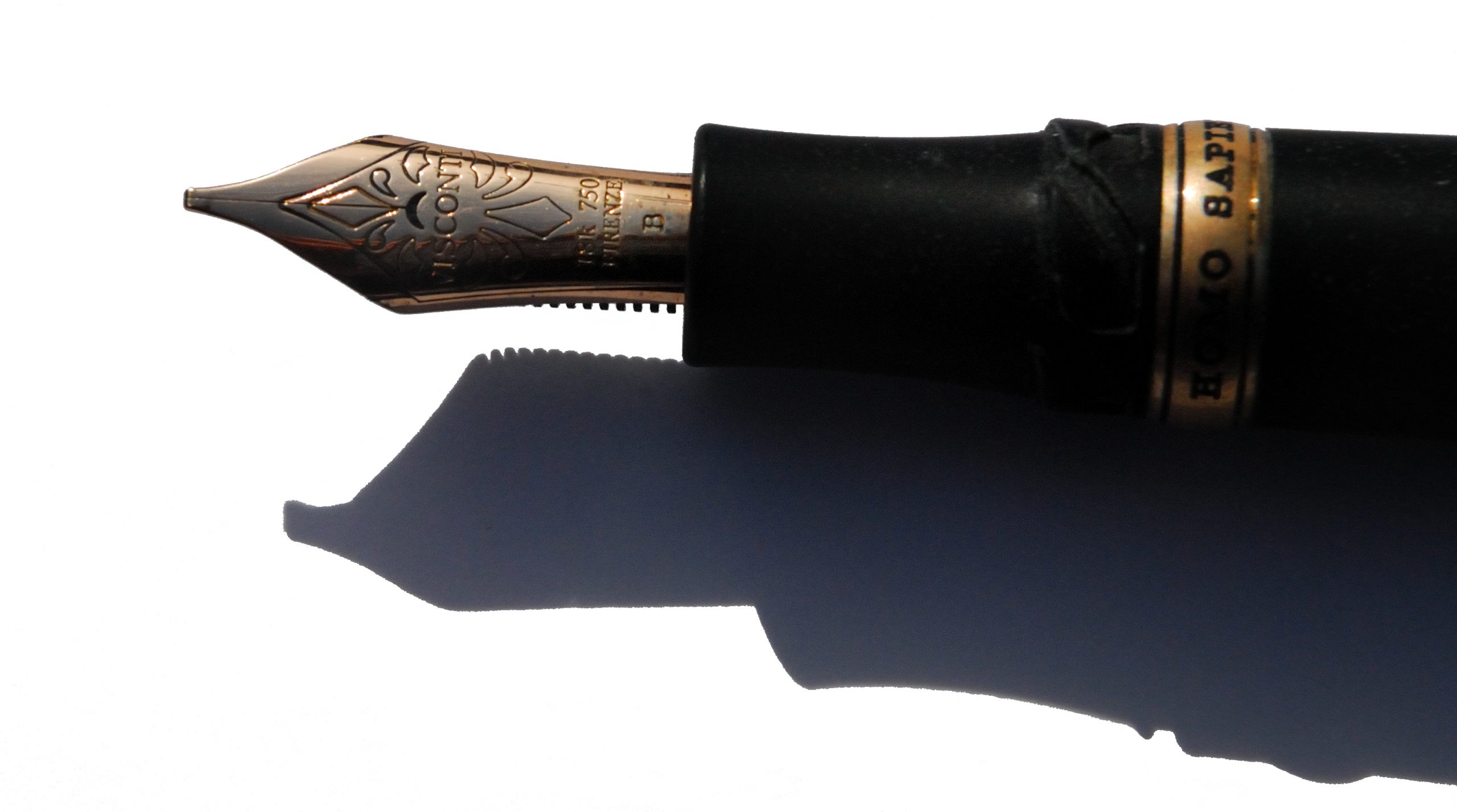 Crucially, how it writes…  Now here hangs a tale. Originally, the Homo Sapiens employed palladium nibs which proved notoriously difficult to tune (and harder still to keep in trim). Our duo exemplifies recent alternatives; a usually well-behaved and slightly bouncy gold nib or, for the Evolution, a tubular steel nib which is firm but smooth. A pleasure on either count, although they are very different beasts. The gold nib on our test pen afforded some hard starts to a couple of reviewers, but not to the degree that made writing impossible – and as it flowed adequately for others ink choice may be a critical factor there. Another vital Homo Sapiens tip, which we wish Visconti would tell people directly, is to undo the blind cap a couple of turns before staring to write; this seems to reduce the risk of drying-up considerably. 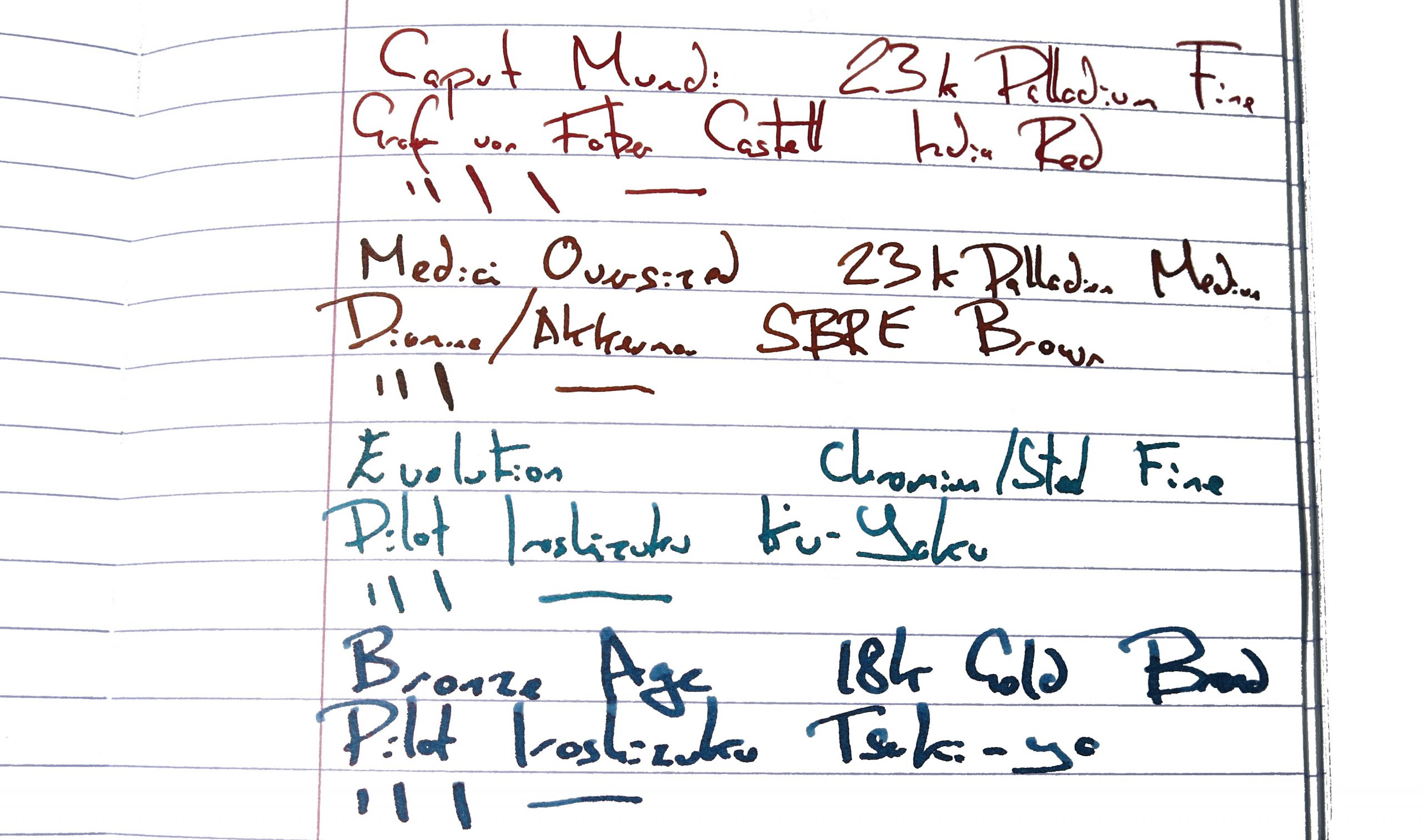 Pen! What is it good for?  In standard trim it’s probably sober enough for the office – although some of the special editions might frighten the horses! The new gold nibs are lovely to write with, though, so this is also ideal for writing a diary or personal correspondence. It’s for keeps either way, though.

VFM  These are very good pens, no doubt, but compared to other premium Italian offerings the value proposition is sometimes perhaps a little dicey. The Evolution tipped over into four figures, and that’s hard to justify for a steel-nibbed pen, however artistically assembled. Choose with care.

The only way is ethics  These are made in Italy and (unless someone gets a really harsh cut of the fee) no-one’s being under-remunerated at this price. If you can afford one, enjoy it with a clear conscience! 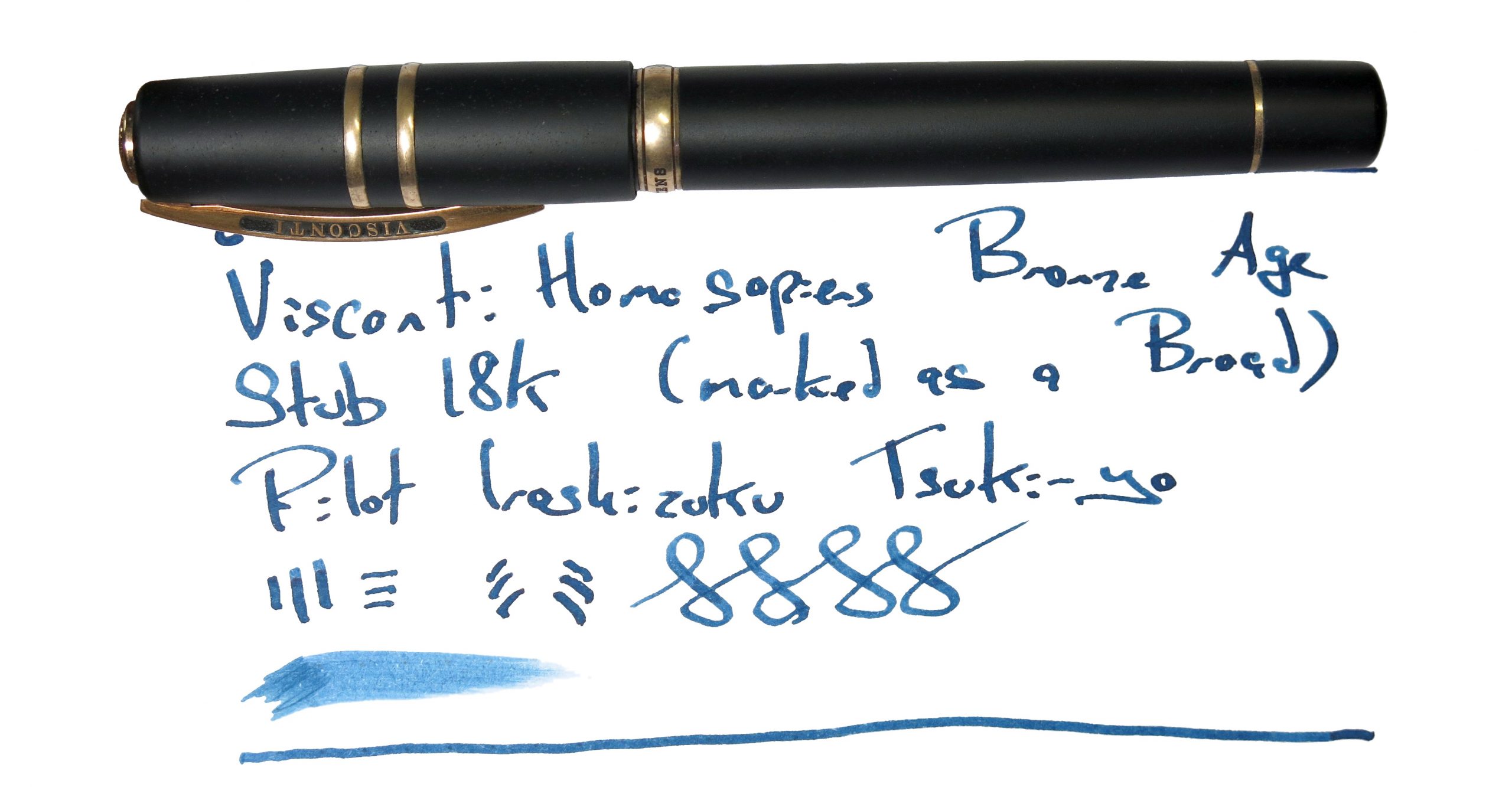 If this isn’t quite your cup of tea, but almost…  There are new special editions of the Homo Sapiens out most years. Bide your time, save up, and pounce as soon as you see one you like. Or, if you want a posh pen from a different part of Italy, Scribo and Pineider may have a competing claim upon your attention.

Our overall recommendation  Try one in the hand, if you can – but if you love it, that’s your pocket money spent for a while! 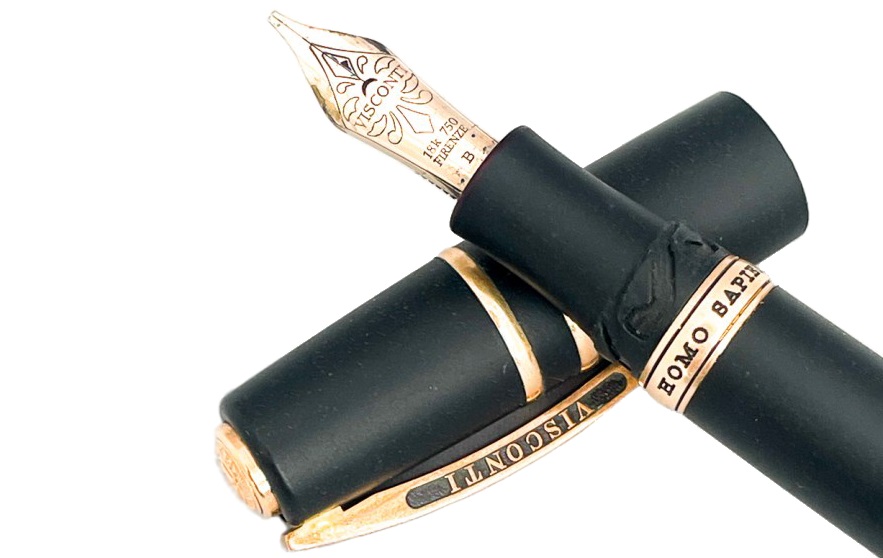 Where to get hold of one  Your fountain pen emporium of choice; Visconti is widely stocked.

Thanks to  Manuscript, who as welling making great calligraphy kit themselves are also Visconti’s UK distributor – and sent these pens our way to put to the test. 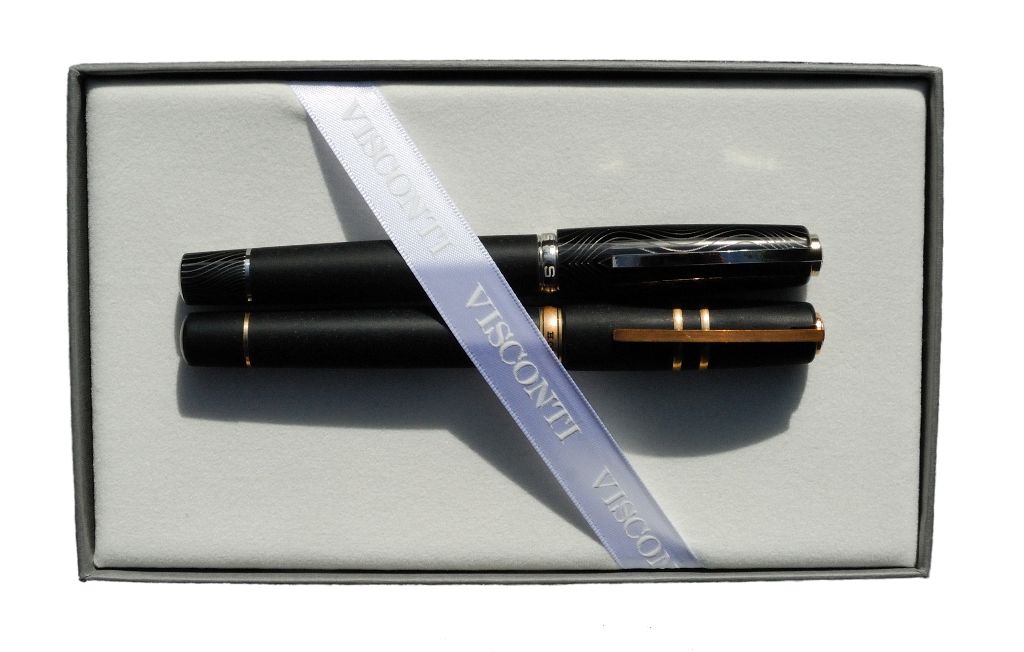