A little bit of history  On the other side of the Atlantic, different religious sects still have their own universities; you can, if you so wish, attend seats of learning gathered under the sway of belief systems not even recognised by the rest of the world, but we shall name no names. A Jesuit university is a relatively mainstream concept compared with some of the more outré outliers, albeit perhaps a surprising place to train as an industrial chemist – but Frank Honn graduated from one such, and went on to discover a novel use for the fluorescent dye pyranine as the first highlighting ink. It was a success, by any standards, and generations of pupils have grown up with felt-tip pens full of the stuff ever since. But felt-tips are horrible, and fountain pens are not, so Kaweco set out to make a highlighter that persons of taste might actually be able to contemplate using. 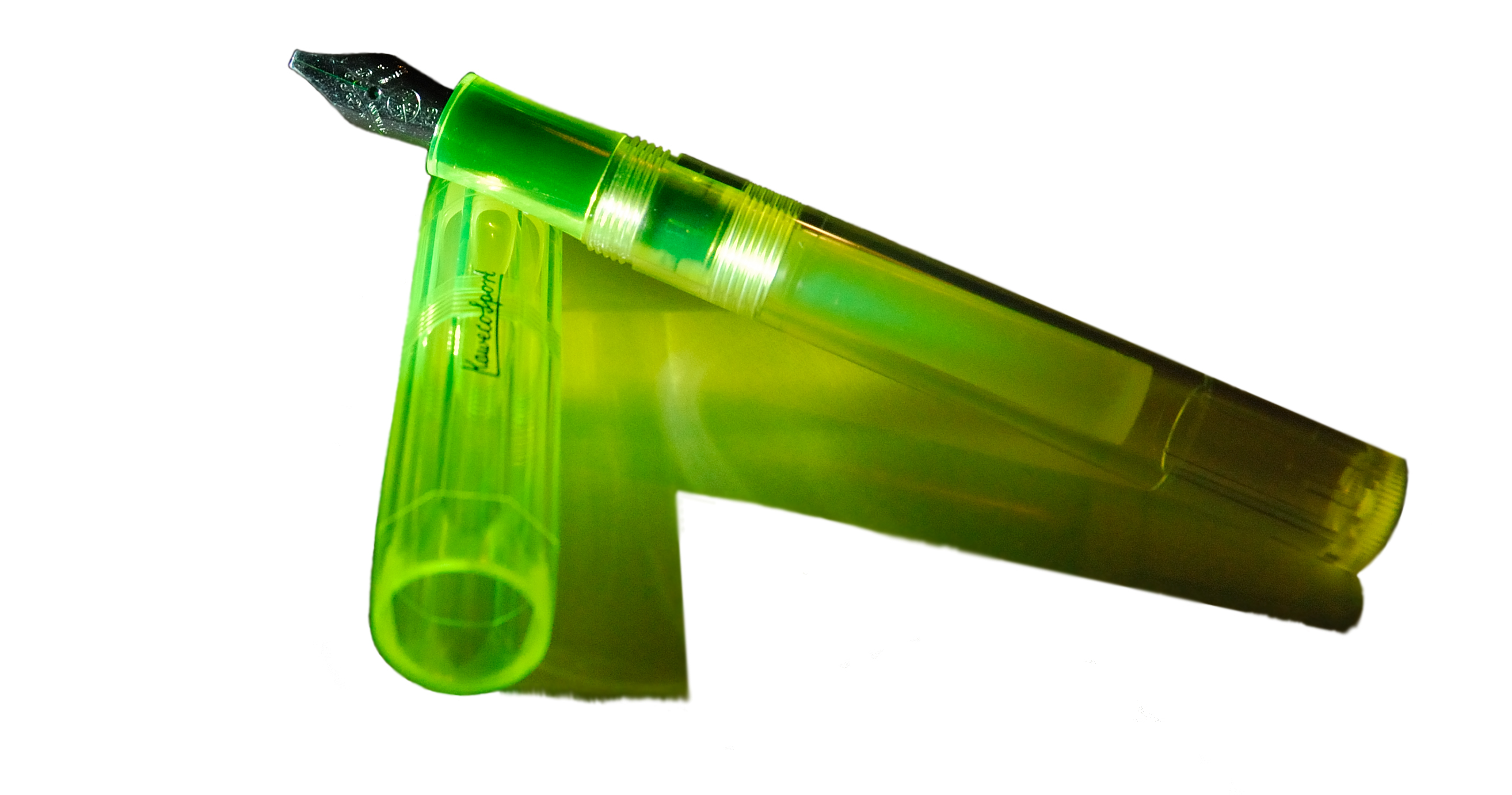 How it looks  Did we say this was tasteful? Well, maybe it depends upon your own taste! It’s certainly rather loud – but there’s no mistaking what it’s for.

How it feels  Light and comfortable, like one of the more affordable plastic variants of the extensive Sport range – which is what it is, really. 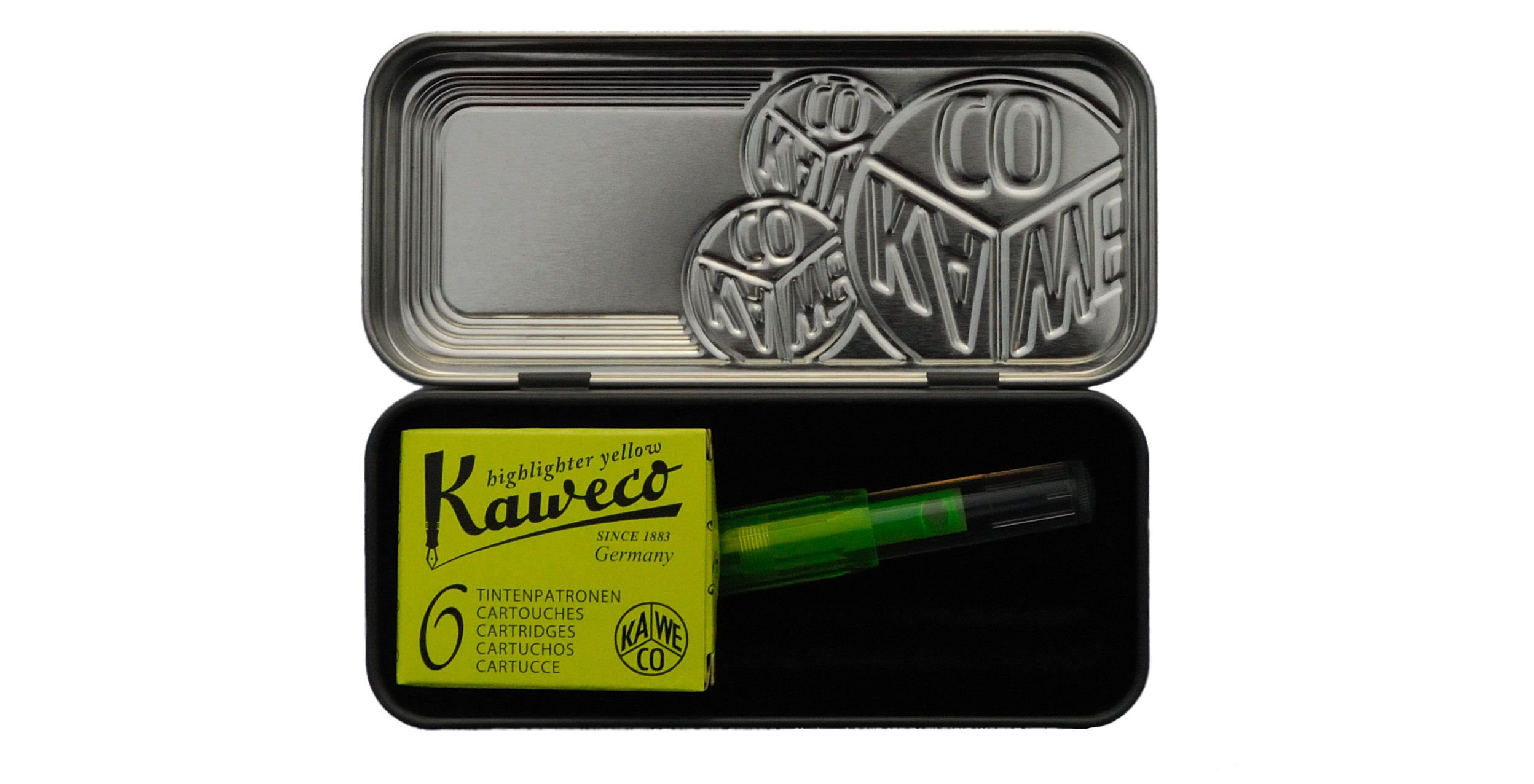 How it fills  Via  cartridges specially filled with unworldly glowing fluids. 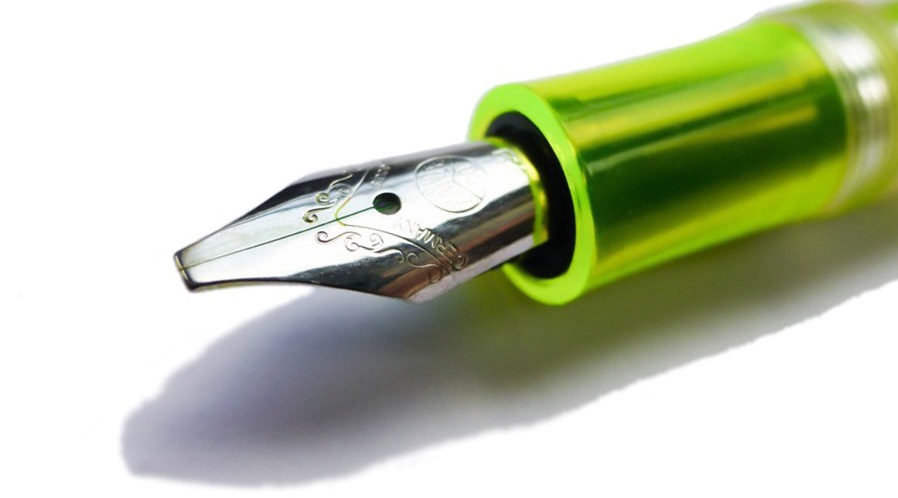 Crucially, how it writes…  It writes like a fountain pen with a 1.9mm italic nib. For anyone who already has a calligraphy Sport this will be familiar enough, but if you’re used to the old felt-tip highlighters then switching to a steel tip can take a little getting used to.

Pen! What is it good for?  It’s good for making up documents for editing or review, of course. It would probably also be good for baffling pen thieves in the work place; this is one pen which the ballpoint brigade won’t know where to even start with!

VFM  Shop around a bit and you can get this set, complete with a box of cartridges, for less than £30.  Admittedly that would buy a lot of nasty cheap disposable highlighters, but you’d hate them – and this will probably last for decades. Fair value, then. 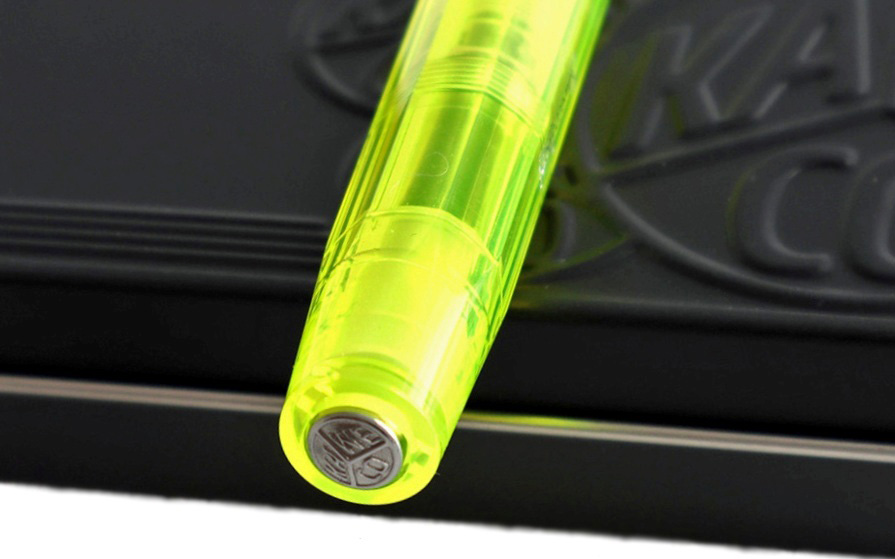 If this isn’t quite your cup of tea, but almost…  Pelikan make a special M205 which does a similar job, albeit at about five times the price. Alternatively, if you like the concept but would just like a more conservatively-hued Kaweco, any wide-nibbed Sport Calligraphy will suffice; the highlighter ink cartridges are available separately.

Our overall recommendation  Think about whether you really do all that much highlighting, and perhaps invest in a pack of the highlighter ink cartridges first to see if you take to using an italic fountain pen for this purpose – but if the answer to both is yes then this is, like pyranine, a ready solution.

Where to get hold of one  Most of your usual favourite retailers have this one in stock, and you won’t find it difficult to locate. The best price we’ve seen in the UK is at The Writing Desk.

Thanks to Kaweco for the review sample.