A bit of history  Diamine have been making a splendid range of inks in Liverpool since 1864, and as well as their own extensive branded range of fountain pen refuelling solutions, they occasionally make an ink or two specially for another company, pen manufacturer, or indeed anyone who asks nicely and stumps up the cash.  Fine examples include the series they used to make for Conway Stewart, the handsome collection cooked-up for PW Akkerman, and indeed the eponymous SBRE Brown.  You can hardly blame the mighty Cult Pens team for getting in on the act – and so, starting with a nice rich blue, they have gradually developed a striking collection of inks which do just what they say on the bottle; they’re deep, they’re dark, and, well, inky.

Deep Dark Blue kicked-off the collection, with the aim of getting a blue similar that in the Cult Pens logo.  It looks a bit darker than that when it first goes on to the paper, but dries to a dark blue that is just on the blue side of blue-black.  ‘Probably an ideal choice for writing with at work if you want something suitably sober but still more interesting than standard ‘school’ blue.  It’s good stuff, which Stuart declares his favourite deep blue ever, and you can watch Ian put it through its paces here too.

Deep Dark Brown is as far as dark as brown can go without becoming black really, but Diamine have pulled it off.  If you ever need to dash off a quick facsimile of the Magna Carta, then this is probably the ink for you – although if you can also write more legibly than those thirteenth-century scribes that would be greatly appreciated by constitutional law experts the world over.

Deep Dark Red is almost a must-have ink, especially if you want a red ink which you can legitimately use at work without being mistaken for a very unimpressed teacher.  It manages to stay red without fading into brownish hues, as Oxblood tends to, and rather surprisingly it’s Scribble’s favourite (purple fans may now need a little sit-down to recover). Ian loves this one too.

Deep Dark Green provides seems a logical addition to the mix, although we’re struggling to think of many occasions when it would be the ideal choice.  In the dusty corridors of Whitehall, writers of incendiary letters of complaint to ministers are traditionally known as missives from the ‘green ink brigade’, and rare as it is for governmental correspondence to be issued in any sort of fountain pen ink at all, this seems right for the job.  Green ink is also still used by the chief of MI6, but it’s going to take C quite a while to get through the whole production run of this ink without some assistance…

Deep Dark Purple has been one of the star turns in Scribble’s over-the-top Too Many Purples mega-review, and for good reason; purple ink obsessives need something which they can get away with using at work!  This one has a special trick up its sleeve, too – if you really pour it onto the page you’ll notice a striking green sheen floating to the top, and it’s quite a sight.

Deep Dark Orange seems like a tall order, and the risk of smudging into a light brown must have been a seat-of-the-pants ink-blending challenge, but they made it (in both senses).  Somewhere between Pumpkin and Ancient Copper, if you know your Diamines, this ink has impressive shading in the right nib.  A bit of a connoisseur of all things orange, even Ian was impressed.

What next?  Cult Pens are working on the understanding that this collection is now complete, and with six stonking inks who can blame them?  But then again, if Deep Dark Orange is possible, surely Deep Dark Turquoise should be!  Here’s a mock-up of how that could look, mixed from Havasu Turquoise and 1864 Blue-Black, but the boffins at Diamine could do it so much better.  What do you think?

Getting hold of a refill is a simple enough job since all three of the standard Diamine packages are available; pre-filled international cartridges, 30ml sample bottles or the classic 80ml glass flagons.  Better still, until the end of March 2016 you can get a 10% discount by going to the website and using this code: CULT10 (remember to enter it in capitals).

If you want to see even more you can Scribble’s hand-written review and Ruth’s video review too! 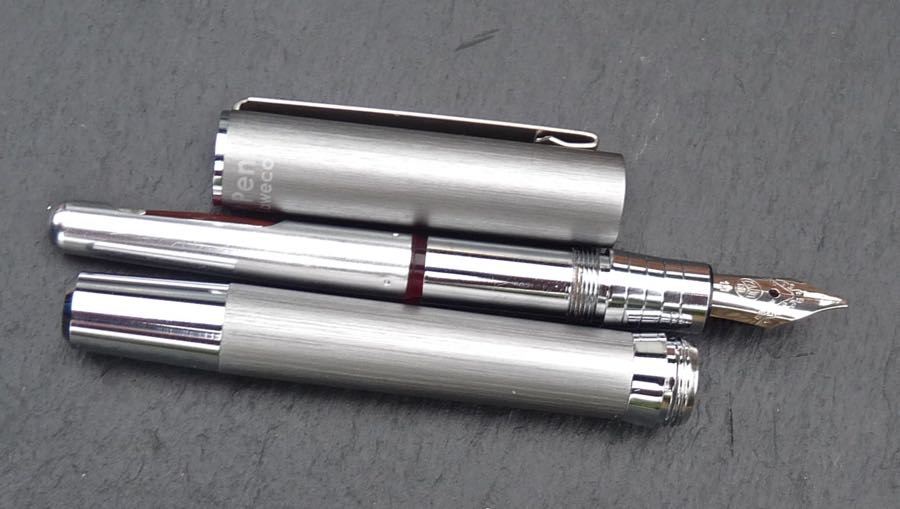 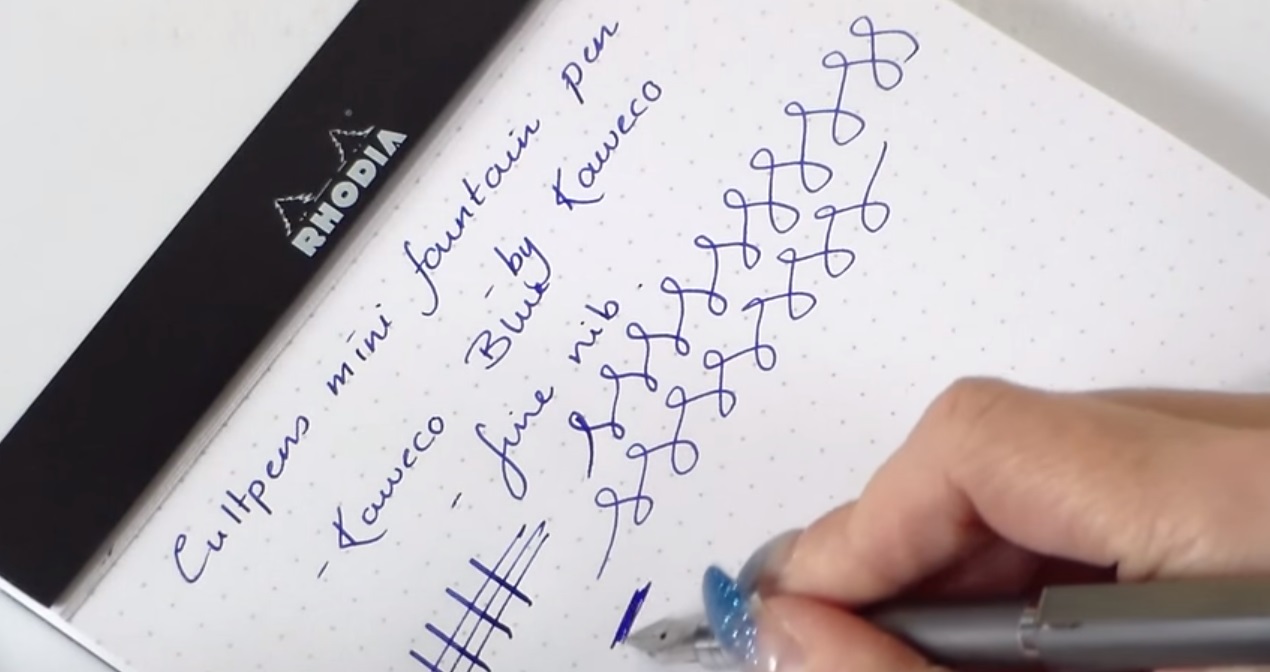 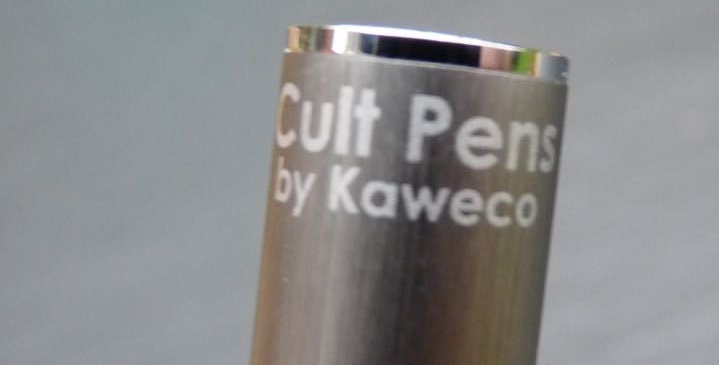 Cult Pens are one of the best-known names in fountain pen retail (and various other goodies) in the UK – and, as it happens, one of the earliest supporters of this site, although we were all customers already.  So when we decided to broaden the format of the United Inkdom to include the occasional company profile piece, they were a natural choice to get us started with that too.  We caught up with one of the company’s founders, Simon Walker, for a very light grilling.

How did it all get started, and how has it changed?

Well that’s been pretty well covered elsewhere, but it was the classic evolution from a small shop to early e-merchandise, and on to today.  Getting the software to work well is a lot easier these days, and it’s grown from a couple to eighteen people – and a dog, of course!

What brands have been the big hits – whether or not they were expected to be?

Kaweco stand out as fellow stationery fans, and they’ve been great to work with – their success has really come from listening to customers and shaping their offer accordingly, which fits well with works for us too.  The other big brand that stands out is Platinum; they too have really listened to customer feedback and put time and effort into understanding what writers are looking for – when you see the chief executive of international big name like that making it all the way to Devon to meet us, you know they’re serious!

How is the humble fountain pen holding up against its competitors?

The biggest competitor these days isn’t really another writing device, but the smart phone and the tablet.  It sometimes seems like hand-writing implements as a whole are a declining market, so enthusiast markets are the key.  That’s fine by us though – the enthusiasts are really nice people to work with, and it all drives innovation.

So, what should we look out for next?

Oh, now there’s a trade secret!  Actually the big new releases should be starting to crystallise fairly soon; it’s the big trade show coming up soon in Frankfurt where the latest models and designs start to get shared.  We’re hearing rumours about some significant new products from some very well-known names, but ‘watch this space’, as they say.

What do you write with every day?

Honestly, I’m more of a mechanical pencil obsessive!  But the rest of the team are all keen on putting the latest opens through their paces; the Decimo is putting in some miles at the moment, for instance.

How is your Cult Pens ‘own brand’ line developing?

The Deep Dark inks are going very well – Diamine did a really great job there, and the feedback has been very positive too; they sell almost as fast as the Shimmertastic range! The CP mini fountain pen has been a very successful project, designed for us by Kaweco and filling a need we saw for a small, affordable pocket pen.  We’ll be interested to hear United Inkdom’s ideas for a ‘maxi’ pen but you haven’t quite persuaded us yet!  Our own mechanical pencil is doing well too – I gather Ian was suitably impressed…

We had to leave Simon to get back to running the ship at this point, but not before setting up exactly the follow-on you’d expect – so look out next week for a United Inkdom meta-review of the Cult Pens mini fountain pen.