A little bit of history  Mabie Todd is one of the great British fountain pen brands of the early twentieth century, and there are plenty of vintage models still around in the hands of penthusiasts. Now the brand is back – almost. The logo and trading rights came first, inevitably, but equally normally it’s going to take a while to actually make pens, and a worthwhile fund-raising strategy is required in the meantime. Selling bespoke ink is a great way to do it.

How it looks  They are all new inks, made here in Britain, but they have a real retro look about them. They’re not over-saturated, but that makes for more pronounced shading. Startling Purple resembles Montblanc Laveneder Purple a little, Mallard Green is an effective ‘tastefully murky’ number, and Kingfisher Blue grows on one rather.

How it flows  The wetness/flow is similar to most Diamine inks, which may or may not be a coincidence (nudge, wink). For most pens, that’s just fine. 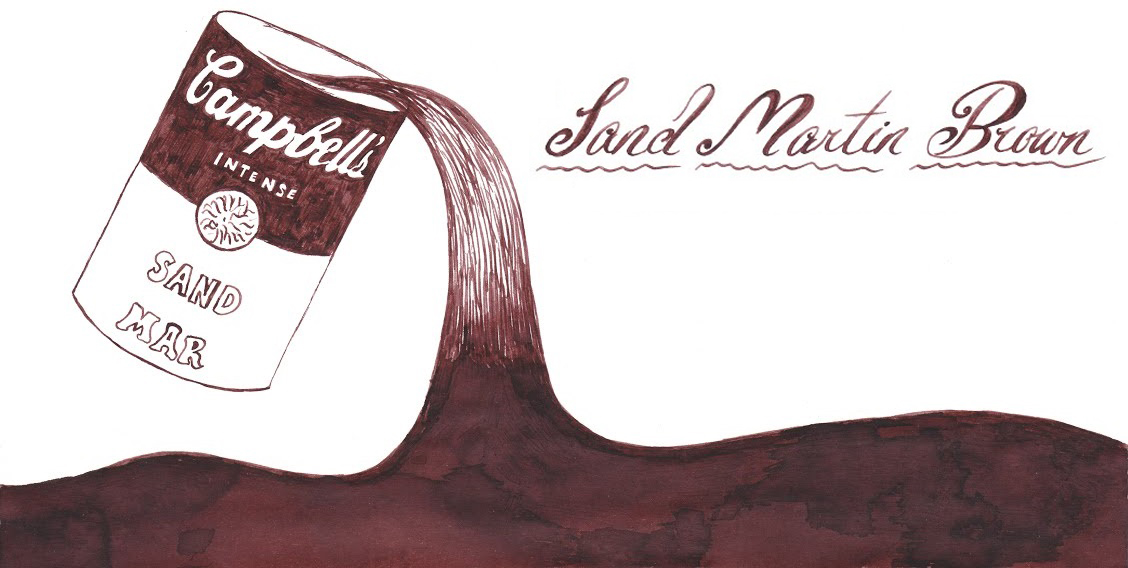 Crucially, how it writes…  Well enough in standard fountain pens, although one or two shades may be a little on the dry side if you’re using a flex nib or need the feed to gush enthusiastically. Ant even found ways to turn it into ersatz stained glass…

Ink! What is it good for?   Appropriately enough, it’s probably just the thing for resurrecting that much-loved old classic you’ve had at the back of the pen drawer – whether or not it’s a vintage Mabie Todd.

VFM  £6 for 30ml is not the cheapest ticket – a bit more than twice price of standard Diamine, as it happens – but this is a legitimate fund-raising effort, and even at this price it’s far from extortionate. It also comes in a proper glass bottle with rather splendid retro packaging. In a nutshell, not bad at all.

If this isn’t quite your cup of tea, but almost…  The Beaufort Inks range (recently reviewed here) or the new Pure Pens inks (meta-review also on the way soon) could be worth a look.

Our overall recommendation  If you have a vintage pen which needs filling, several of these are worth a look. We all had our favourite birds, but the starling, mallard and kingfisher seem to be consensus front-runners, or front-flyers at least.

Where to get hold of some  Either direct from the source or via Andy’s Pens.

Thanks to  Phillip at at the reborn Mabie Todd for the samples.