A little bit of history  Kaweco’s Lilliput is beautifully minimalist but, as we’ve mentioned before, tiny. A scaled-up version with a #6 nib would be more like the thing for adult hands, surely? Kaweco agreed, and so the Supra was born, with a twist we’ll come on to in a moment. At first it was only available in brass, which looks great but isn’t absolutely everyone’s olfactory cup of tea. Then the steel version was born, and we just had to have a play!

How it looks  The Supra appears, from a distance, to be a Lilliput with a cinched waist. Up close, it’s evident that, if anything, it’s a Lilliput which has been to sumo training camp and bulked-up mightily; this thing has a nice big #6 nib, for starters! Then, if you remove the extension tube, it suddenly looks like a tiddler again. Hmm. 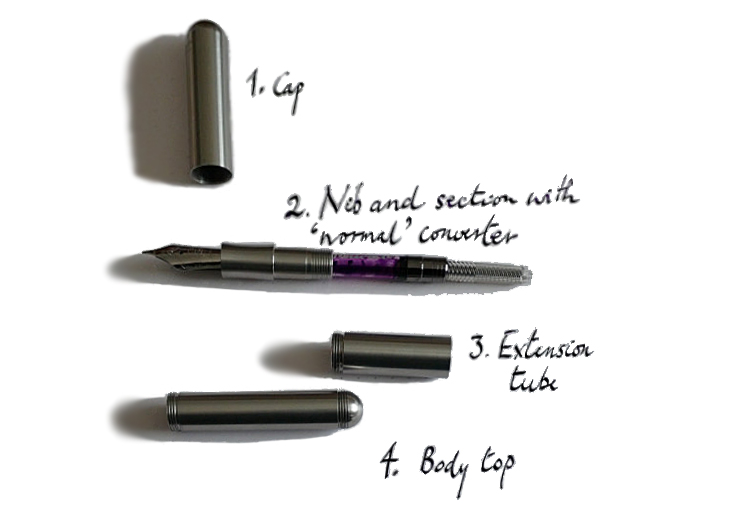 How it feels  That extension is the Supra MacGuffin. Fit it between barrel and section, and the result is a standard-length pen which feels about right in the hand, albeit a little long with the cap posted. Omit the extension tube, and the Supra is a pocket pen which feels about right with the cap posted, even if the large #6 nib can be a bit of a surprise to anyone more used to the dainty 060 (small #5) of the Lilliput and Sport models. Once you’ve worked out which length works for you, this feels solid and well-balanced, although the somewhat short grip section might not suit everyone. 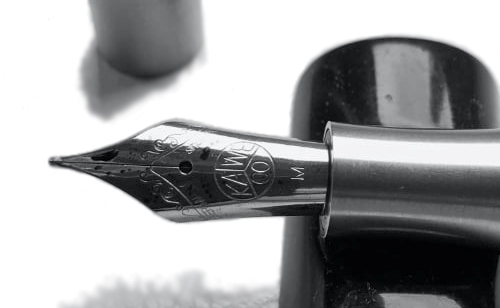 How it fills  In short form, one can either syringe-fill a standard ‘international’ cartridge or use one of Kaweco’s tiny plunger converters. In long form, a normal converter fits perfectly. There’s little drama either way, and thankfully this is not a leak-prone pen either. 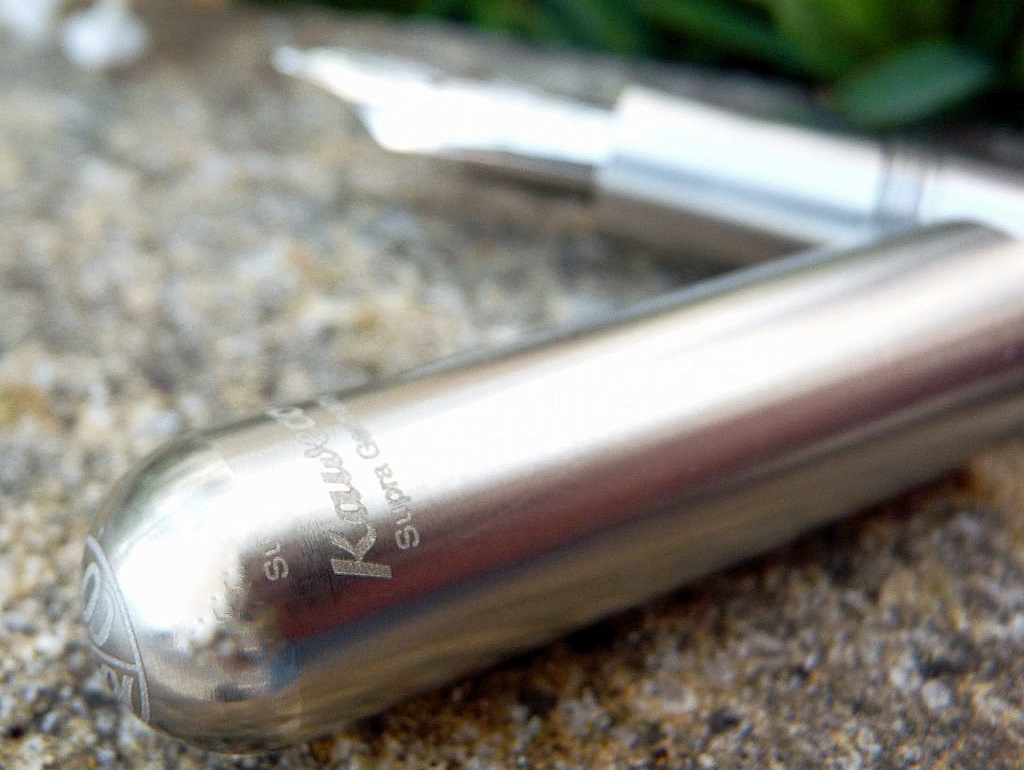 Crucially, how it writes…  As is usual for the more ‘premium’ Kaweco models these days, the Supra is equipped with a screw-fit Bock nib, so how it writes depends largely upon what hardware you choose to install. Our test unit was equipped with a Kaweco-branded steel M, which complemented the material of the pen itself and wrote without fault for our testers. So, nothing to complain about there, and there are ample options for upgrading too, not least the Kaweco-branded two-tone gold nib – or any Bock 250 unit, actually.

Pen! What is it good for?  The full-length Supra has no clip, so it is perhaps best carried in pen sling attached to a book – as one of our reviewers did with the brass version for a year. The shortened Supra is perfect as a pocket pen. In either incarnation, once you get the right posted or unposted length for you, it can serve for extended writing sessions should you need it to – as long as you get on OK with that short section and those exposed screw threads. 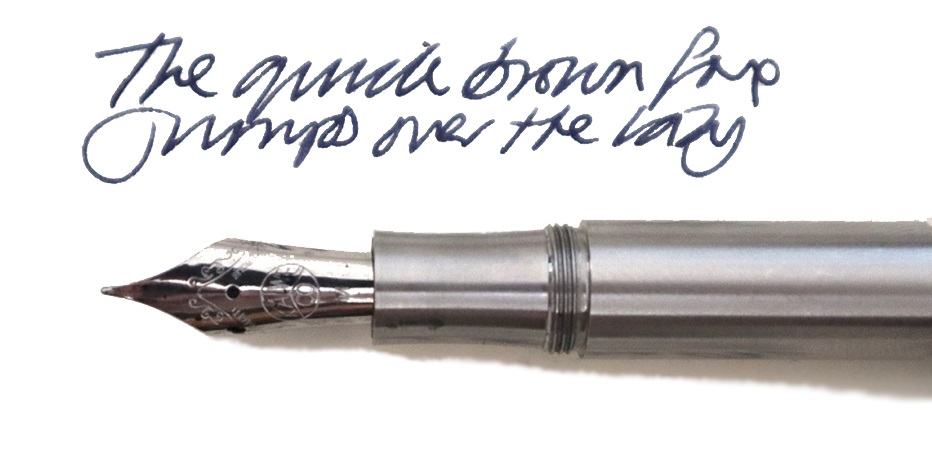 VFM  This isn’t cheap, with current retail prices getting dangerously near three figures. It’s a good, solid, reliable fountain pen which will probably outlast most purchasers, but that’s still quite a lot of money for a moderately stylised length of plumbing. Whether the value proposition adds up largely depends upon whether the feel of the pen works for you so well that you want to pick it up again and again. We’d really like to see Kaweco sell the unadorned short-form Supra for those who just want this, with the extension tube available as an optional secondary purchase, both to reduce waste and get that price down a little. In the mean-time, while half of our testers found the pen a bit too heavy and ‘industrial’ for their tastes, the other half loved it and two are now proud owners. 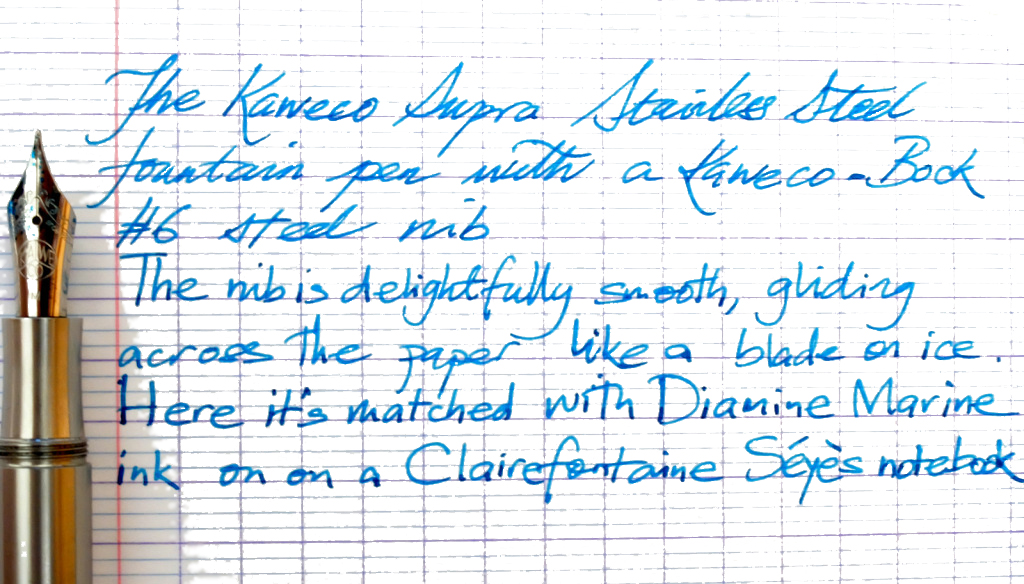 If this isn’t quite your cup of tea, but almost…  That largely depends upon what it is that doesn’t quite float your boat. If the pocket configuration still feels a bit bulky but you like the looks, Kaweco’s own Lilliput might suit you better. If you warm to the full-length configuration but find the extension tube a bit fiddly, then there are other metal pen makers we can introduce you to, even if they are perhaps best not named here following some mutterings of potential litigious unpleasantness (which all involved have hopefully now stepped smartly aside from). If you just want a pen this shape but made of plastic, though, the options are almost endless.

Our overall recommendation  As is so often the case, try before you by. As a heavy, uncompromising and essentially indestructible pen it won’t be everyone’s cup of tea. But if you’re the sort of rugged EDC fan who likes to be able to smash your way out of a burning car using the same pen that you deploy to write a note to the insurers immediately afterwards, a Bauhaus-toting art-school grad with strong hands, or just a sniper with literary aspirations, this is absolutely the pen for you.

Where to get hold of one  All your favourite fountain pen specialists are likely to stock this. You won’t have trouble finding one if you want it – indeed, the only challenge is likely to be in deciding between the steel you see here and the equally splendid brass version.

Thanks to  Kaweco for the kind review sample – which has travelled well!