A little bit of history

A couple of years ago there was a lot of buzz about another brand (you all know which one) putting shiny sparkles into a handful of their inks. It looked fun, but it was expensive, and Diamine don’t do things by halves.  They brought out a whole set of ten, then followed it up this year with twelve more shimmering inks, each sporting a healthy dose of gold or silver coloured glitter.  What could be more fitting for our Christmas meta-review?

Ink! What is it good for?

Well let’s be honest, this isn’t one you’re likely to take to work, unless your job involves writing Christmas cards (it’s absolutely brilliant for that).  This is ink for having fun with!  If you treat it wisely, it will work in ordinary fountain pens and there are only two modest caveats.  Firstly, always give the bottle a very thorough shake before filling the pen, and ideally use a pen which can stand a gentle perturbation before writing too; the glitter is in suspension, not in solution, and will laze on the bottom unless stirred into life.  Secondly, any particulate matter can gum-up pen parts in time, so pick a pen which you can thoroughly dismantle for the occasional clean, including the converter or piston (TWSBIs and most Platinums are therefore a good choice).  Other than that, you can sparkly-scribble to your heart’s content.

The going rate is about £9 for 50ml, which makes this noticeably more expensive than the standard fountain pen inks from Diamine, but still very good value compared to some of the more ‘exotic’ inks around.  The base colours are for the most part very nice inks in their own right, and other than occasionally bleeding-through with very wet nibs, or feathering on cheap paper, they’re pretty well-behaved too.  You really can’t go too far wrong.

We start with a couple of absolute crackers.  Blue Lightning, a very bright blue with silver sparkles, has a loyal following from the original collection, while Tropical Glow has become an immediate favourite with almost everyone who’s tried it, even making the ‘Too Many Peacocks‘ Christmas Day hit list.  ‘Not a bad way to start, eh?

Blue Flame and Blue Pearl are fairly traditional royal blues, with gold or silver sparkles respectively; the effect is predictable but pleasing.

Enchanted Ocean and Shimmering Seas are a little harder to categorise – like the sea, they keep changing colour as the light shifts. But both are broadly blue-black with either green or purple hints, with a spot of iridescence from bioluminescent plankton at the surface.

Pink Glitz is, unusually for a pink, so riotously butch that you could put it in a PFM and get away with it, while Red Lustre could safely be spilled all over the Christmas tablecloth without anyone noticing.  Firestorm Red and Inferno Orange look a lot like the open fire you’re meant to be roasting some chestnuts on right now (but thanks for taking a break to read this instead). 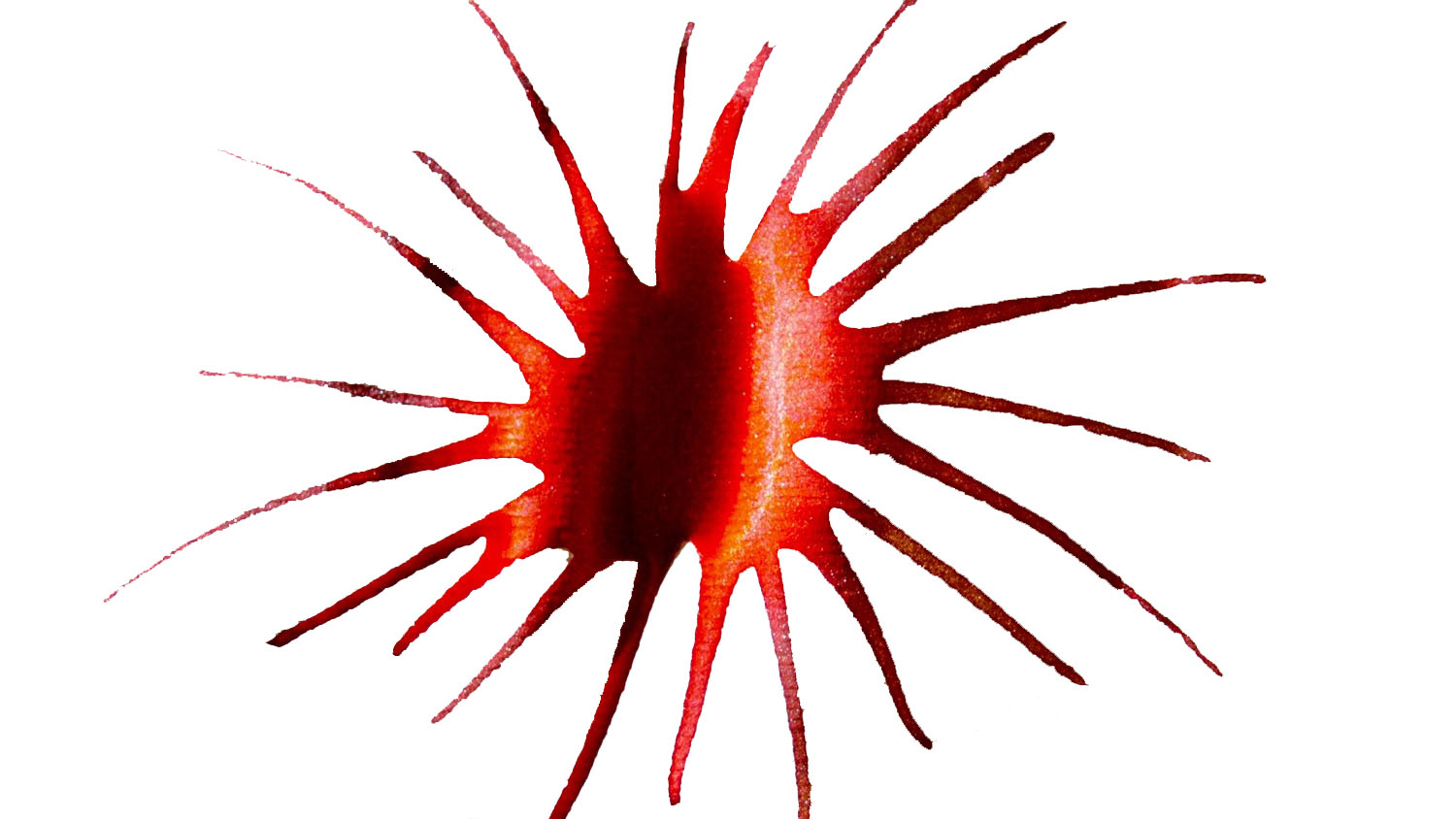 This civilised set of browns goes all the way from molten chocolate to wet beach, and the sparkles really add something to what can otherwise be a somewhat drab colour for inks. They really do work surprisingly well on the page. 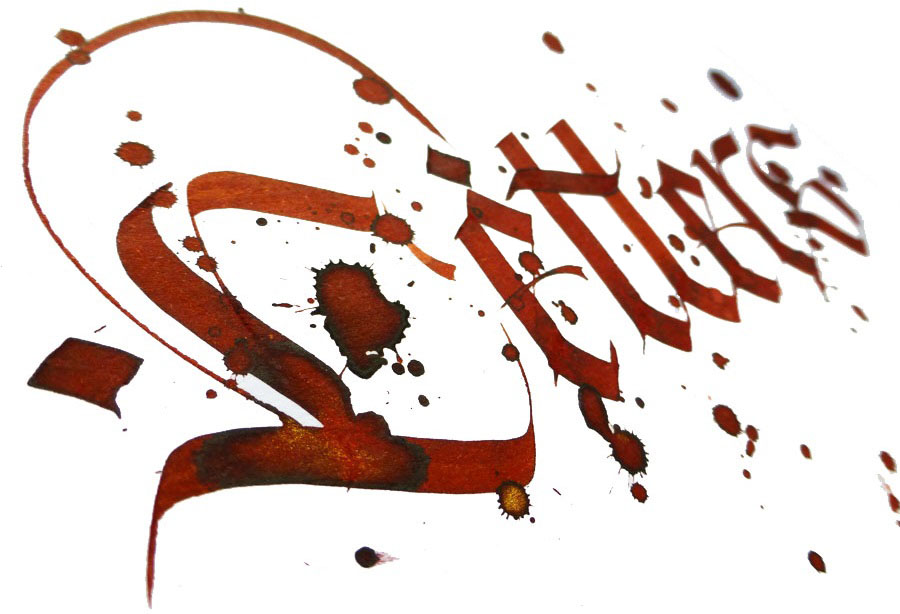 Green ink has its devoted fans, and here are a couple of splendid stocking fillers for any you encounter.  Magical Forest is almost perfect for writing the price list in  your neighbourhood crystal healing emporium, while the lime green with golden sparkles of Golden Oasis looks for all the world like a gecko flitting by.

While not everyone feels that grey is quite the colour for the festive season, re-brand it as silver and everything’s fine.  So here we have dark silver with bright silver sparkles (hmm, subtle) darker silver with golden sparkles (less subtle), and silver with the lights off (OK, OK, it’s black).  The dark base ink does show the sparkles up quite effectively.

Of course we’ve saved the best for last – for those into a spot of purple action at least!  Two of these have already featured on Too Many Purples and the third will follow soon.  Purple Pazzazz is a warm purple which is quite reminiscent of Lamy’s much-trumpeted dark lilac, but easier to get hold of and with golden sparkles to boot; what’s not to like?  Lilac Satin is not unlike Diamine’s earlier Iris from the flowers box set, with added silvery shine, and that’s a rather splendid finish too. Finally, Magenta Flash is a very purpley sort of magenta for a change (no pinks in disguise here), and looks rather spectacular in a wet-nibbed pen of your choice.

Come and get it!

You can get hold of your own Shimmertastic supplies in all of the usual favourite online sources, or direct from Diamine themselves.  Easy peasy.

This meta-review draws upon: